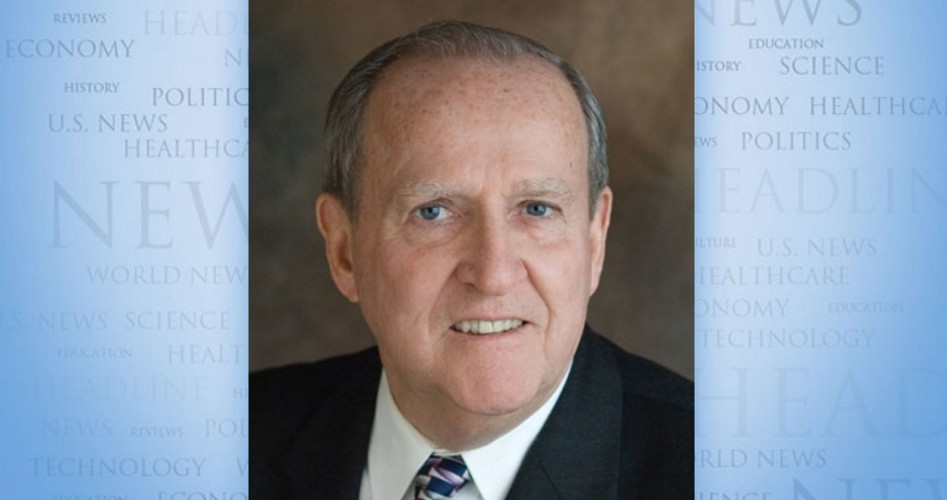 John Kerry has always been the epitome of the ambitious climber seeking a place for himself in whatever the American left-wing wanted.

The former Secretary of State began his climb into the rarified arena of the left-wing political world as a member of the secretive and downright eerie Skull and Bones Society at Yale. An expected consequence of those who experience such an association is that a Bonesman will likely become a partisan for an America-canceling New World Order. Forget maintaining independence; give lip service but no loyalty to the Constitution; team up with committed leftists in state and national endeavors. And, while there may be a few Bonesmen who experienced but never bought into the mumbo-jumbo dished out at the spooky Yale frat house, Kerry has apparently bought the whole program and has never disappointed his mentors.

On his way to becoming a political star, Kerry graduated from Yale in 1966 and eventually chose to enlist in the U.S. Navy. Earning a commission as a junior officer, he was sent to Vietnam in 1969 where he was given command of one of our nation’s Swift Boats, the small craft manned by fewer than 10 crew members. Their assignment called for patrolling Vietnam’s coastline. In a mere four months, Kerry managed to win a Silver Star, a Bronze Star, and three Purple Heart awards. Yet the combat awards he earned have been questioned.

The first of his medal-earning wounds resulted from the grenade he threw poorly at an enemy soldier on a beach. It exploded close enough to his boat that a tiny fragment nicked his arm and required only a bandaid for treatment. It surely didn’t merit any Purple Heart. Number two included his claim that his blood was “running down the deck of his boat” from a leg wound suffered when the vessel he commanded came under attack. But it was his poor leadership that led to his vessel being attacked rather than being the attacker. And his crew members later said there was no bloody pool on the deck. And the third saw Kerry and his crew misfiring grenades into a shipment of rice intended for enemy forces. Kerry and his crew dove for cover when they realized they were too close to their target.  Boat commander Kerry suffered from bits of rice hitting him in the buttocks, a less-than-serious incident that generated actual laughter among his own crew members.

The other two awards were later described in the 2004 book entitled Unfit For Command as “unworthy,” which is how they would have been deemed had they received reviews given through normal channels. Several of the men who were on the scene when an incident occurred told authors John O’Neil and Jerome Corsi that Kerry’s boat arrived after the action had begun; he sent a false version of the incident in a report; and it was this phony account that earned him the Silver Star. His own crew members said that Kerry claimed credit for the actions taken by the crew of a separate Swift Boat.

Eventually out of the military, Kerry became an spokesman for the pro-communist Vietnam Veterans Against the War (VVAW). He told a Senate Committee that he witnessed American military personnel carry out an array of “war crimes.” Unbacked by any evidence, his graphic accusations described U.S. personnel “cutting off” ears, heads, and limbs, “blowing up” bodies, “shooting at civilians,” “poisoning food stocks,” and more. A darling of U.S.-based communists and their left-wing domestic allies, his stature grew among America’s admitted domestic enemies. He later claimed during a 2004 Meet the Press appearance that his sensational charges weren’t true but were merely “the words of an angry young man.”  That incredible admission should have ended his rise to fame, but it instead endeared him even more to hard-core leftists who arranged for him to receive front-page praise in the openly communist Daily World newspaper.

Having made clear his extreme leftist views, he then led a VVAW demonstration where some former members of the military — and some individuals posing as veterans — threw their medals over a fence surrounding federal property. He later insisted that he had tossed duplicates over the fence, not the medals he had been awarded.

After becoming well-known for his hard-left views, Kerry lost a bid for a seat in the U.S. House in 1972, spent three years earning a law degree, and used his newly acquired legal status to get appointed as a county assistant district attorney in Massachusetts. He then won election as the Bay State’s lieutenant governor in 1982 and decided to become an environmental crusader by insisting that the then-popular but fraudulent claims that supposed human-caused acid rain was threatening the nation’s foliage. He won election as the junior senator from Massachusetts in 1984 and has demonstrated an ever deeper commitment to leftist causes ever since.

There is plenty that can be said about the consistent anti-Americanism of the ever-ambitious John Kerry, including the fact that his status as a leader of the left wing of the Democratic Party has never wavered. As a Democrat in Massachusetts, he never had to worry about reelection. After winning the Senate seat over businessman Ray Shamie in 1984, he trounced weak Republican contenders in 1990, 1996, and 2002. In 2004, he gained the Democratic Party’s nomination for president but lost the race to George W. Bush. Then, in 2008, another rising Democrat star named Barack Obama chose Joe Biden as his running mate, and Kerry resumed his post as chairman of the Senate Foreign Relations Committee. When Hillary Clinton resigned as secretary of state in 2013, Kerry happily accepted Obama’s offer to be her replacement.

Kerry was named the top Senate liberal in 2003 by the National Journal. His consistent backing of foreign entanglements plus his unwavering support for abortion, gun control, socialistic controls, and the rising LGBTQ movement have earned him steady plaudits from the left. In 2016, after deciding to ride the environmental bandwagon, he happily signed the Paris Climate Accords for the United States. President Trump gave him no post whatsoever.
But newly installed President Biden then rescued Kerry from possible obscurity by naming him our nation’s climate czar, a new federal post. In a burst of attention-seeking honesty, the former secretary of state announced that “90 percent of the planet’s global emissions come from outside the U.S. borders. We could go to zero tomorrow and the problem isn’t solved.”  Evidently, our “climate czar” will be pressuring other nations to reduce their ”carbon imprint” to satisfy demands of environmental extremists like himself. His plan will not please other national leaders.

Newly created climate guru Kerry recently declared that the supposed climate-change crisis is so severe that the Earth’s population has only until 2030 — just nine years from now — to fix it before human-caused heating would invite cataclysmic problems. Hence, his first act in his new post saw him reinsert the United States into the Paris Accords that former President Trump rejected as unnecessary and dangerous. In comments about the ice storm and extreme cold that recently gripped Texas, Kerry predicted (you guessed it!) a rise in the Earth’s temperature of 3.7 degrees by 2030.

Kerry’s alarmist allies include the leaders of the Switzerland-based World Economic Forum. Its gurus insist that steps must be taken by the same 2030 deadline to deal with climate change. They have compiled a list of supposedly needed fantasies that will culminate with terminating private property, ownership of weapons, and freedom itself.

Kerry has significant allies at the WEF and among America’s leftist. With thinking Americans, his radical agenda must be wholly rejected.