Check out this whopper from House Speaker Nancy Pelosi:

“My most recent trip to the Northern Triangle, that would be Honduras, Guatemala, El Salvador, you saw the impact of the climate change, mind you,” she claimed. “These people were leaving because of the drought. They couldn’t farm and they were seeking other ways to survive.”

I am being generous when I am saying this. She is cherry picking. She distorts an event with no reference to the big picture or the fact that Central American crop production is way up due to what humans always do: Adapt and Progress. She is pointing out with immigration since her party took control of policy, and blaming Trump and Climate Change. Well why was it seemingly under control before the new president and Senate came to power? The last 20 years have been dry there, but there are other areas that are wetter as a counter. In addition, adaptation to these change means central American crop production is going up with most crops, and not by a small amount.

But parts of central America have been drier than average so that is right. But as usual no one bothers to look beyond what they are told.

She says this and people just nod and follow it, refusing to look at a counter area and make the linkage to a perfectly natural occurrence, the warm cycle of the AMO ( despite Dr Mann trying to cancel it, it does exist).

There is a far larger area of it getting wetter in tropical areas where people farm than it getting drier. Keep in mind this was the area John Kerry accused drought of leading to the rise of Boco Haram. Another attempt at weaponizing climate to explain why terrorists were weaponizing themselves. So this tactic is nothing new, they simply move from event to event.

Additionally, while not directly over land, the latter part of the last cycle of the warm AMO had a larger area of dry, just to the west of Central America. 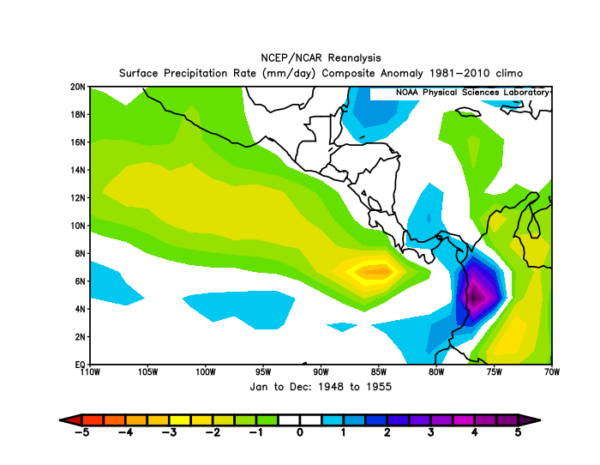 The weather is always dry in one place and wet in another. There are cyclical events that have already occurred. And Ms. Pelosi doesn’t seem to understand there have always been people moving from one place to another because of the weather and changes.

Lets look at Wikipedia and what it has about Nomads

They travel from place to place. Many nomads move as the seasons change. They move in search of food, water, and places for their animals to eat.

In our own country, the 1930s were famous for people moving due to the horrendous conditions in what is now the nations breadbasket. From 2010 to 2013 we heard about how a new dust bowl was forming. (how did we have the first one at much lower levels of co2?) Of course that busted and badly. We are forecasting a hot dry summer in the plains so they will start again. (they always do.)

Anyway, look at the global precip map the last 20 years over the tropical areas..Its about a 50 50 split. 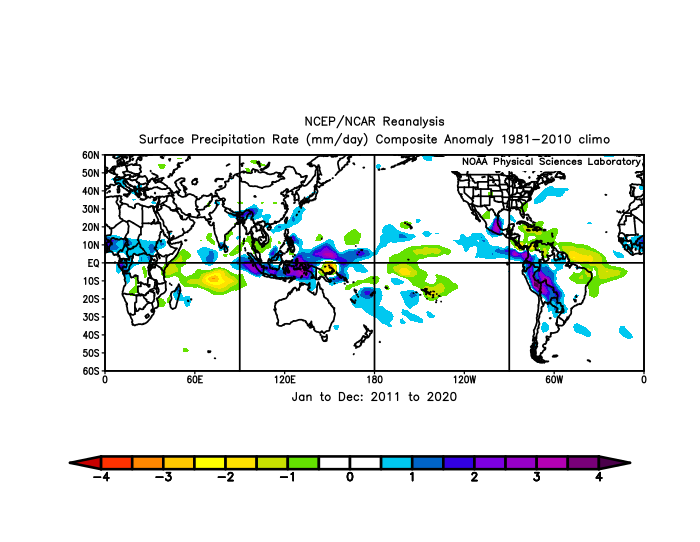 But is agriculture really taking a hit in central America? Let’s look at the figures. Always nice to look at the figures, right? Actual data? Unless of course you seek to weaponize a perfectly natural event, which people like Ms. Pelosi are very good at. She simply assumes everyone will listen to her and not bother looking beyond what they are being ordered to believe ( and when it comes to the media, unfortunately that is the case)

Please refer to this. The figures below are from this article

So lets look at the countries she brings up 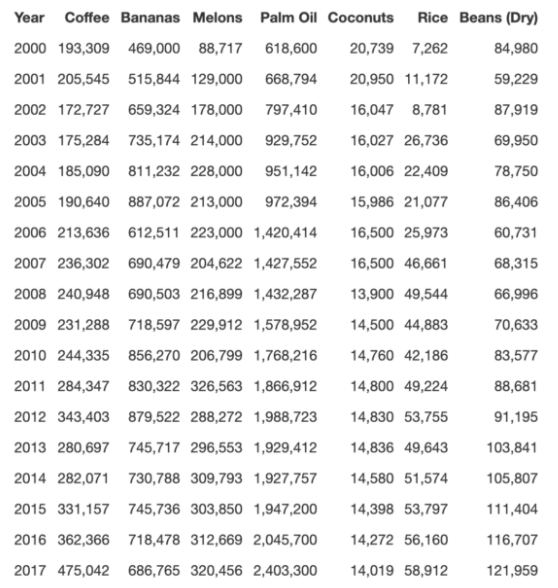 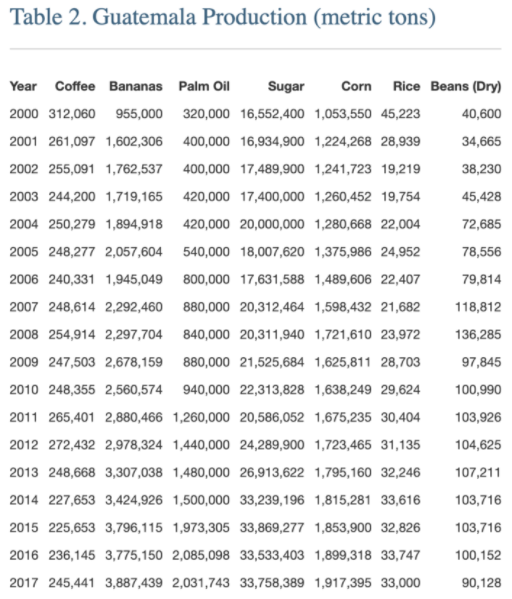 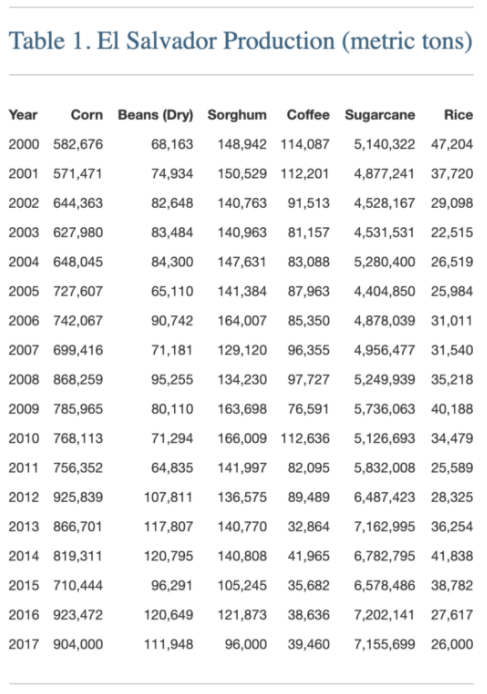 Almost all of these are up and up dramatically.

The common denominator of such strategy is the assumption that most people will simply accept what they are being told. And of course Trump is being blamed. We should keep score as to who gets blamed more for the problems being caused by the people doing the blaming, Trump or Climate Change.

Could be a Vegas moneymaker.

Joe Bastardi  is a pioneer in extreme weather and long-range forecasting. He is the author of “The Climate Chronicles: Inconvenient Revelations You Won’t Hear From Al Gore — and Others” which you can purchase at the CFACT bookstore. His new book The Weaponization of Weather in the Phony Climate war can be found here. phonyclimatewar.com