The Coming War With Red China 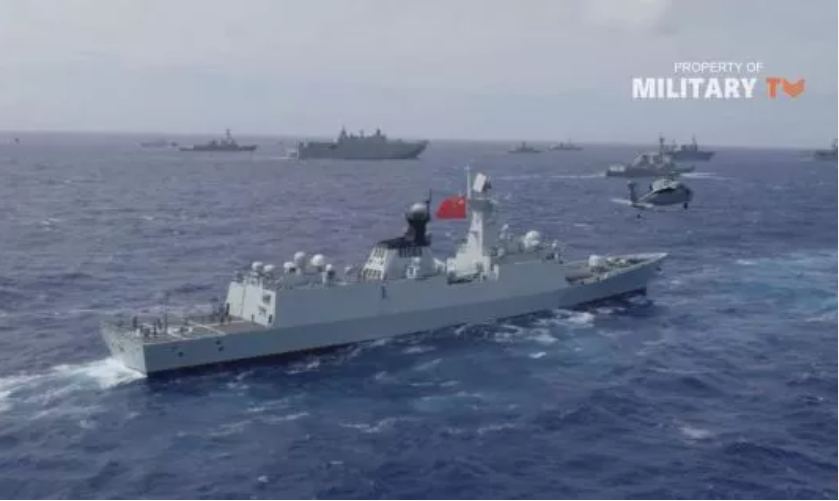 The Coming War With Red China

Left-leaning politicians and pundits regularly assure us that, while Communist China may be prepared to “eat our lunch” as President Joe Biden put it, the banquet will be conducted according to peaceful means. A shooting war, they say, is too old fashioned and the trade, cyber and cultural domains are where our war with Red China, if America actually gets around to engaging in it, will be fought.

Ryo Nakamura of Nikkei Asia recently reported that the U.S. will bolster its conventional deterrence against China, establishing a network of precision-strike missiles along the so-called first island chain as part of $27.4 billion in spending to be considered for the Indo-Pacific theater over the next six years.

According to Nakamura’s reporting, the Indo-Pacific Command submitted an investment plan for fiscal 2022 through fiscal 2027 to Congress this month.

For fiscal 2022, it has requested $4.7 billion, which is more than double the $2.2 billion earmarked for the region in fiscal 2021, and is close to the roughly $5 billion Washington has spent annually on dealing with Russia.

The six-year total of $27.4 billion represents a 36% increase over planned spending for that period as of fiscal 2020, reflecting growing alarm over Chinese activity surrounding Taiwan and the East and South China Seas.

This investment forms the core proposals of the Pacific Deterrence Initiative that the U.S. Indo-Pacific Command has submitted to Congress.

“The greatest danger to the future of the United States continues to be an erosion of conventional deterrence,” the document said according to Nakamura’s reporting. “Without a valid and convincing conventional deterrent, China is emboldened to take action in the region and globally to supplant U.S. interests. As the Indo-Pacific’s military balance becomes more unfavorable, the U.S. accumulates additional risk that may embolden adversaries to unilaterally attempt to change the status quo.”

Specifically, the Pacific Deterrence Initiative called for “the fielding of an Integrated Joint Force with precision-strike networks west of the International Date Line along the first island chain, integrated air missile defense in the second island chain, and a distributed force posture that provides the ability to preserve stability, and if needed, dispense and sustain combat operations for extended periods.”

The investment plan features “highly survivable, precision-strike networks along the first island chain” as a central element. This would mean expanded use of land-based batteries with conventional missiles, as the military has ruled out the use of nuclear warheads on such short- and medium-range missiles, reported Nakamura.

So, why the big investment and why now?

One reason may be found in the recent report to Congress by the Congressional Research Service, China Naval Modernization: Implications for U.S. Navy Capabilities.

The report points out that China’s navy, which China has been steadily modernizing for more than 25 years, since the early to mid-1990s, has become a formidable military force within China’s near-seas region, and it is conducting a growing number of operations in more-distant waters, including the broader waters of the Western Pacific, the Indian Ocean, and waters around Europe.

The report goes on to say China’s navy is viewed as posing a major challenge to the U.S. Navy’s ability to achieve and maintain wartime control of blue-water ocean areas in the Western Pacific—the first such challenge the U.S. Navy has faced since the end of the Cold War—and forms a key element of a Chinese challenge to the long-standing status of the United States as the leading military power in the Western Pacific. Some U.S. observers are expressing concern or alarm regarding the pace of China’s naval shipbuilding effort, particularly for building larger surface ships, and resulting trend lines regarding the relative sizes China’s navy and the U.S. Navy.

China’s naval modernization effort encompasses a wide array of ship, aircraft, and weapon acquisition programs, as well as improvements in maintenance and logistics, doctrine, personnel quality, education and training, and exercises. China’s navy has currently has certain limitations and weaknesses, and is working to overcome them.

The CRS report is in stark contrast to an assessment given to me some 20-years ago in an unclassified briefing at CINCPAC headquarters where the congressional staffers in attendance were told “the Chinese are not blue-water sailors,” the Russian Pacific Fleet was “rusting in Vladivostok” and we were left to assume the Pacific would be an American lake for the foreseeable future.

The CRS report documents that observers believe “China wants its navy to be capable of acting as part of a Chinese anti-access/area-denial (A2/AD) force—a force that can deter U.S. intervention in a conflict in China’s near-seas region over Taiwan or some other issue, or failing that, delay the arrival or reduce the effectiveness of intervening U.S. forces. Additional missions for China’s navy include conducting maritime security (including antipiracy) operations, evacuating Chinese nationals from foreign countries when necessary, and conducting humanitarian assistance/disaster response (HA/DR) operations.”

To counter China’s naval modernization effort the U.S. Navy has shifted a greater percentage of its fleet to the Pacific; assigned its most-capable new ships and aircraft and its best personnel to the Pacific; maintained or increased general presence operations, training and developmental exercises, and engagement and cooperation with allied and other navies in the Indo-Pacific; increased the planned future size of the Navy; initiated, increased, or accelerated numerous programs for developing new military technologies and acquiring new ships, aircraft, unmanned vehicles, and weapons; begun development of new operational concepts (i.e., new ways to employ Navy and Marine Corps forces) for countering Chinese maritime A2/AD forces.

Yet, as Nakamura reported the U.S. lags in several key areas; China’s now holds a diverse missile arsenal including a strong fleet of ground-based, intermediate-range missiles. While China holds an arsenal of 1,250 such missiles, according to the Pentagon, the U.S. has none.

Joe Biden, a weak and doddering U.S. president who may be subject to Chinese pressure or blackmail, may give Communist China the idea that now is the time to further assert its hegemony in the Western Pacific. If that happens, it won’t be through trade, cyber or cultural warfare, it will come in the next six-years before the U.S. can fortify the first island chain and it will come as an old-fashioned shooting war for which the Red Chinese have been preparing for 20-years but the United States is just now getting around to recognizing.

George Rasley is editor of Richard Viguerie’s ConservativeHQ.com and is a veteran of over 300 political campaigns. A member of American MENSA, he served on the staff of Vice President Dan Quayle, as Director of Policy and Communication for then-Congressman Adam Putnam (FL-12) then Vice Chairman of the Oversight and Government Reform Committee’s Subcommittee on National Security and Foreign Affairs, and as spokesman for retired Rep. Mac Thornberry formerly Chairman of the House Armed Services Committee.

Published with Permission of conservattivehq.com