Texas’ Ken Paxton: We must address the issue before it’s too late

Three attorneys general whose states are among 19 combatting Big Tech censorship contended at a news conference Wednesday they can gain traction in their fight through state consumer-protection laws.

Ken Paxton of Texas, who has sued Google and is the target of a Twitter lawsuit to block his investigation of the social-media platform, said now is the time to act.

“These companies are extremely powerful, extremely wealthy, some of them are larger than most countries,” he said in a Zoom conference call organized by the Media Research Center attended by WND. 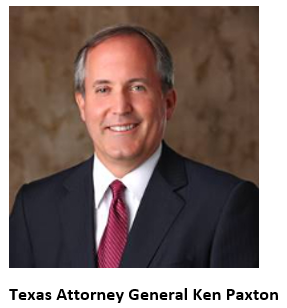 “Unless we start addressing this very soon, we may lose our opportunity to address some of the wrongs that are occurring.”

Paxton said that as soon as he was re-elected, his office began researching the issue, consulting with scholars, experts and attorneys with anti-trust experience. He concluded Texas needed to begin with a case against Google for monopolistic behavior.

He said Google’s near “absolute” control of advertising – representing the buyers, sellers and the exchange – is like a baseball game in which the pitcher, catcher, batter and umpire are all playing for the same team.

Paxton’s office also is probing the actions of Twitter, Amazon, Apple and Google in shutting down Parler. He’s sent out inquiries, called civil investigative demands, about the companies’ policies.

Most of the companies have cooperated, he said, but he was sued by Twitter this week in California court. Twitter claims the banning of certain conservative voices is protected by the First Amendment.

Paxton said Twitter apparently “has some fear of disclosing what they are actually doing, and they are asking a California judge to rule on a Texas law.”

“So, it’s going to be a very interesting couple of months as we continue to pursue finding out the truth about these companies and holding them accountable,” he said.

WND asked Paxton his response to critics who argue that the tactic of fines means little to companies worth $1 trillion that make more than $100 billion a year.

Paxton acknowledged that the European Union has tried massive fines that amount to pocket change for  the tech giants. After a decade pursuing antitrust charges, Google, which made $160 billion last year, was fined $10 billion.

But he argued that some states have passed deceptive trade practice acts, including Texas, that issue fines of $10,000 per violation, which he said “can add up, even for a company like Google.”

“Additionally, I think there needs to be more discussion of structural change and allowing state AGs to focus on redirecting some of these companies and maybe potentially breaking off parts of them so there is more competition,” he said.

Paxton said he is all for “free markets and the opportunity for businesses to grow and to innovate.”

“But when you have monopolistic behavior, consumers are disadvantaged by higher costs, less innovation and fewer choices,” he said.

“So, we want to make sure that our markets are fair and competitive. One competitor can’t dominate a particular niche in the market, especially when you’re talking about techn com that are controlling extremely important parts of our economy and parts of our discourse.”

Brent Bozell, the founder of the Media Research Center, added that every single fine is one more piece of evidence “to show that these aren’t impartial platforms, but they are subjective publishers.”

“And every single time there’s a fine of that nature, it’s going to be our intention to take it to Congress and to show it as yet another piece of evidence to show that they shouldn’t be afforded Section 230 protections,” he said.

His reference is to the federal law that grants immunity from libel lawsuits to the tech giants based on the premise that they are neutral platforms, allowing a free flow of information and viewpoints, rather than publishers that control content.

“So it’s not just fines, it is the growing preponderance of evidence to show that these Big Tech companies are violating their terms of service with the American people,” Bozell said. “They aren’t what they say they are.”

Last month, as WND reported, a coalition of conservative leaders organized by Bozell launched a petition drive urging citizens to ask their state attorneys general to investigate whether or not Big Tech companies are violating their state’s consumer protection statute.

On Wednesday, Bozell cited a poll that found 81% of Americans believe the Big Tech monopolies should be broken up.

He said 19 states are taking action to “reign in Big Tech on the state level,” with more to come.

The tech giants, he said are “deciding winners and losers and interfering in the most sacred right of Americans, the right of free speech.”

Bozell’s MRC has set up a website compiling cases of censorship called CensorTrack. It invites any victim’s of tech censorship to submit their story.

‘Putting a human face on censorship’

She offers an email address – censoredonline@ago.ms.gov – to which residents of her state can send their stories of censorship. 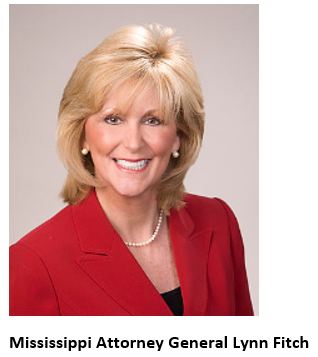 “This is putting a human face on all this censorship,” she said.

Fitch said she was a victim just last week when Twitter removed a video raising awareness of the crime of human trafficking. The video was removed within 37 seconds, she said, which meant Twitter censors didn’t even have time to watch it.

There was nothing in the video, she said, that violated Twitter’s standard of “sensitive content,” which normally refers to sexual content or graphic violence.

“If Twitter or any of these platforms can be so cavalier that they can take down an attorney general … they’re going to take all of us down,” she said. 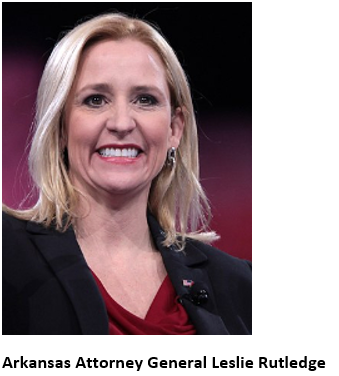 The bill, she said, targets any effort to “censor, delete or label speech, including religious or political language.”

Last Friday, warning that the “First Amendment is under assault,” Texas Republican Gov. Greg Abbott announced a new bill that “prohibits social media companies from censoring Texans” based upon their “viewpoints” and enables people who have been “canceled, censored or deplatformed” to sue the tech companies.

He said a “dangerous movement” is spreading nationwide aiming to “silence conservative ideas [and] religious beliefs.”

Social media is “the new public square,” Abbott said, but Facebook, Twitter and others are “controlling” the flow of information, choosing winning and losing “viewpoints.”

“Texas is taking a stand against Big Tech political censorship,” he said “We are not going to allow it in the Lone Star State.”

“The core issue here,” DeSantis said, “is this: are consumers going to have the choice to consume the information they choose, or are oligarchs in Silicon Valley going to make those choices for us? No group of people should exercise such power, especially not tech billionaires in Northern California.”

Twitter permanently banned the account of President Trump and other conservatives after the riot at the U.S. Capitol in January. Paxton then announced an investigation into Twitter and four other Big Tech companies for what he called “the seemingly coordinated de-platforming of the President.”

Paxton is seeking a variety of information from the companies, including their content moderation policies and internal communications. But Bloomberg reported Twitter is resisting investigators’ demands for “highly confidential documents”

“Paxton made clear that he will use the full weight of his office, including his expansive investigatory powers, to retaliate against Twitter for having made editorial decisions with which he disagrees,” Twitter said in its complaint.

Paxton led a lawsuit that challenged the 2020 election results in six states based on evidence of fraud and irregularities. Attorneys general from 17 other states joined in the complaint, which was rejected by the Supreme Court. The high court reasoned that fraud in an election in one state would not impact the results of the election in another state.