The resurrection of the Third Reich in Amerika 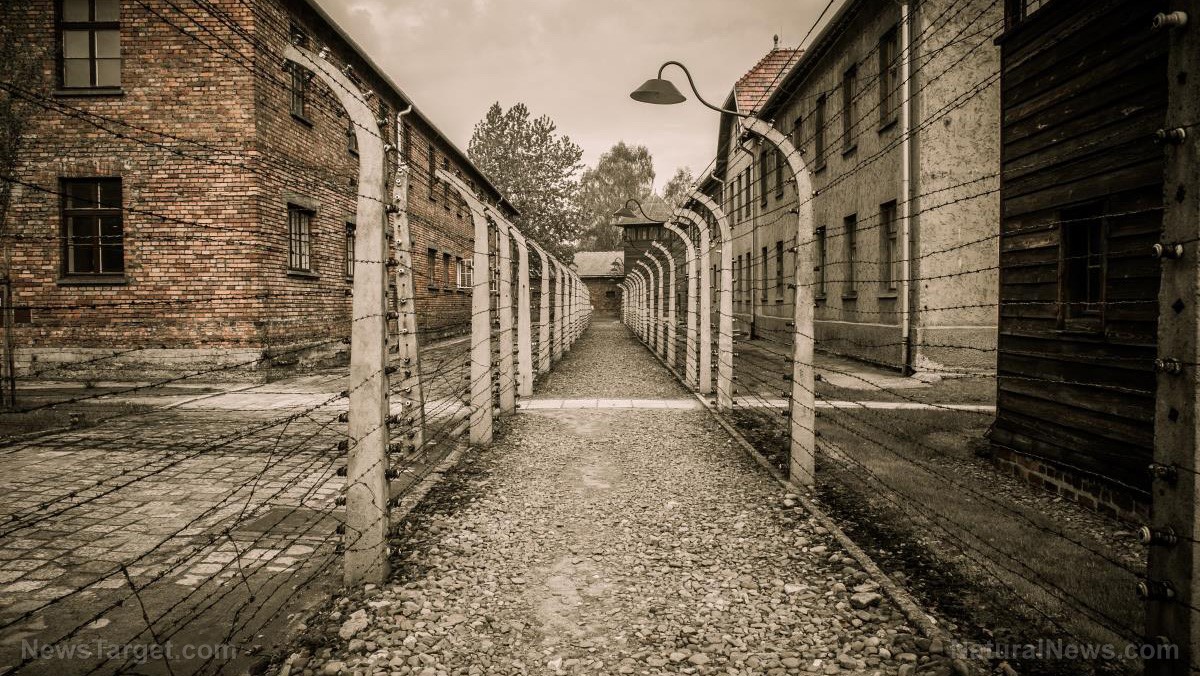 The resurrection of the Third Reich in Amerika

Yes, the Third Reich is undergoing resurrection, but not by white supremacists.  It is the white liberals in the Democrat Party and their presstitute propaganda machine—New York Times, CNN, NPR, Twitter, Facebook, YouTube, and the rest of the presstitute whores— that comprise the new Nazi movement.  The only difference is that this time the target is white gentiles.

The United States Holocaust Memorial Museum says that “the goal of Nazi propaganda was to demonize Jews and to create a climate of hostility and indifference toward their plight.”  In actual fact, the purpose was more severe.  The purpose was to deprive Jews of their dignity and the protection of law.  This has now happened to white gentiles in the United States.  For example, as I reported earlier today, Jodi Shaw, a white female staff member of Smith College, in former times a prestigious women’s college, now an anti-white propaganda institution, resigned, accusing the college of creating a “racially hostile environment” for white people.

Shaw said that Smith College’s anti-white racism left her “physically and mentally debilitated. I endured racially hostile comments, and was expected to participate in racially prejudicial behavior as a continued condition of my employment. I endured meetings in which another staff member violently banged his fist on the table, chanting ‘Rich, white women!  Every day, I watch my colleagues manage student conflict through the lens of race, projecting rigid assumptions and stereotypes on students, thereby reducing them to the color of their skin. I am asked to do the same, as well as to support a curriculum for students that teaches them to project those same stereotypes and assumptions onto themselves and others. I believe such a curriculum is dehumanizing, prevents authentic connection, and undermines the moral agency of young people who are just beginning to find their way in the world.”  https://www.paulcraigroberts.org/2021/02/22/the-demonization-of-white-americans-is-official-educational-corporate-and-government-policy/

Thinking she was protected by the Civil Rights Act, she filed a complaint. The result?  “I was told that the civil rights law protections were not created to help [white] people like me,” she wrote. She was stripped of duties, which was a retaliation for her filing the complaint.

President Trump tried to stop the discrimination against white people, who are being forced out of their jobs just as Jews were in Nazi Germany.  But the election thief, Biden has restored and elevated the discrimination against white Americans. The “racial sensitivity” classes in the military and government agencies in which white people are taught to acknowledge their “systemic racism,” and thus to understand any correction of a person of color is an act of racism and must not occur if you are to avoid retribution for being a systemic racist. Thus, all standards collapse.

David Flynn, the football coach at Massachusetts Dedham High School for the past decade was fired becaus he complained that his 7th grade daughter was being propagandized against her white race in her school classes. https://www.paulcraigroberts.org/2021/02/22/the-demonization-of-white-americans-is-official-educational-corporate-and-government-policy/

The demonization of American white people is a hard undeniable fact. They have been discriminated against for decades because of racial quotas in university admissions, hiring, and promotion. But now discrimination against whites has become persecution, and it is more scary. In Germany Jews were a tiny minority.  In the United States whites are still a 60% majority.  In the US it is the majority that is being demonized.  Moreover, it is white liberal Democrats who are demonizing white people.

The election thief, Biden, has staffed his administration with anti-white racists, and has put anti-white racists in positions where they can best demonize white Americans.  All of this is happening in plain view, and insouciance prevails.

White peoples are still a majority in the Western World, but they comprise a small minority in terms of world population. As anti-white propaganda has originated in the white Western world, the white world has set itself up for demonization by the world majority.  UN Secretary-General Antonio Guterres declared today at the UN Human Rights Council that white supremacy is “becoming a transnational threat.”  The UN Secretary General believes that there is a “growing danger” from white people of “ethnically motivated terrorism.”  He calls on the world for “coordinated action” to counter this threat that is “growing by the day.”  https://www.rt.com/news/516277-unitednations-white-supremacy-nazi/

Obviously, the Western world has no moral authority when it is seen as a racist threat that is “growing by the day.”

Western civilization is the first civilization to demonize itself and, thereby, reduce itself to an immoral entity and perceived threat by the rest of the world.

The Western world has become disconnected from reality and from truth. Last Saturday a hyphenated American, a Filipino-American, was viciously slashed on a New York City subway by a black attacker.  Protests were immediately organized against white nationalism:  “End the violence toward Asians. Let’s unite against white nationalism.”  https://www.rt.com/usa/516245-new-york-asian-attack-protest/

I cannot find in any American institution or any institution in the Western world any respect for truth and any integrity.  The Western world is devoid of any sustaining values.  There is nothing there.  It has devoured itself.  Western civilization has been caricatured out of existence.

Western civilization has stamped itself out. The process began with stamping out Southern culture, literature, history and creating a false history that serves the orchestrated story of white racism. In recent days, the Virginia Military Institute was forced to remove the stature of its most famous professor—Stonewall Jackson—where it stood on the parade ground.  The stature had to be removed because of the unsupportable lie that Jackson fought to preserve slavery when in documented fact he fought because Virginia was invaded by Lincoln’s Empire Legions. https://www.lewrockwell.com/2021/02/jacob-hornberger/the-vmi-controversy/

Today like all other Southern educational institutions VMI has been destroyed.  Southern university and college presidents were too weak.  They were too intellectually and emotionally weak to stand up to the demonization of the South.  They tried to prove their validity by staffing their institutions with graduates of Northern universities and refusing to hire their own graduates. Their weakness turned the South against itself.  Southern culture has been essentially extinguished.

In the US the 14th Amendment—equal treatment under the law—has been extinguished by “affirmative action.”  Today in the US only white people can be demonized without it being a hate crime.  No more proof is needed that white Americans are second class citizens in the country that they built and in which they are still a majority.

The United States has had its own Kristallnacht  with the lootings and burnings of businesses in many American cities encouraged and forgiven by Democratic administrations that instead of punishing the criminals defunded the police and brought prosecutions against white people who defended their property.  White Americans are so intimidated that it is not only the South that permits monuments to Robert E. Lee and Stonewall Jackson to be removed, but also the entire country where all monuments even to Lincoln, George Washington, and Thomas Jefferson are obliterated.

The US military, whose most effective fighting force has always been men from the South, is removing all names of bases that have Southern connections.  It has always struck me as strange that the South, abused by a northern invasion, by Reconstruction, by a second Reconstruction, and now by removal of all Southern connection to the US military, has been the most effective military component in the US Army.  Has the South been so deracinated that the South despite its demonization will continue to be the backbone ot the US military? Why would white males fight for a country that hates and demonizes them?

Once a people are demonized, how do they recover?  Can they become a victim group and claim the protection that their enemies used against them?  Not if their enemies control the explanation via the media, which they do.

Look at America today.  The country has massive unemployment due to job and investment offshoring and lockdowns, and the election thief is opening the borders in order to drive wages of white people lower while building the voter rolls of Democrat voters.  The Republicans as we have seen from McConnell and Romney are as anti-American as the Democrats.  In America today neither political party represents the white American people who built the country and gave it civil liberty.

How can a people survive demonization and destruction of sense of self?

They cannot.  And they sit there, insouciant, sucking their thumbs, sheep ready for slaughter.