Fred Weinberg: 3 Reasons the Lawsuit Against Mike Lindell Will Blow Up in Dominion’s Face 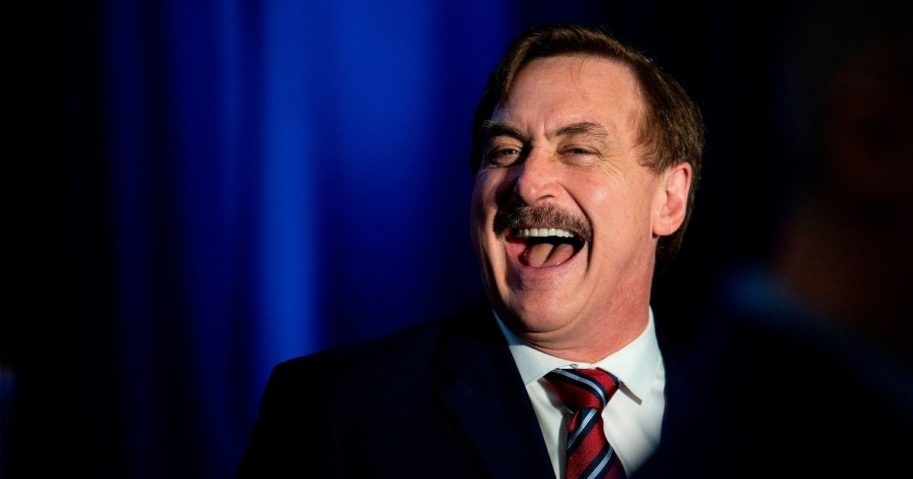 Fred Weinberg: 3 Reasons the Lawsuit Against Mike Lindell Will Blow Up in Dominion’s Face

Let’s say that you are very upset by what you have seen in last year’s presidential election. You genuinely believe that there was enough fraud to shift the election to Joe Biden. What the left calls the “big lie.”

And let’s say that you happen to be the CEO of a company that is a large advertiser on radio and TV.

And let’s also say you are not shy about making your opinion known — in fact, you produced a movie about election fraud.

Does that entitle a manufacturer of voting machines to sue you for $1.3 billion? That is, after all, a number that makes for a great headline.

There are two answers for that question. One is the legal answer, and the other is the practical answer.

TRENDING: Report: Biden Officials Colluded with Iran Behind Trump’s Back During His Presidency

The legal answer is embodied in a case the Supreme Court heard in 1964 which has been seminal law since it was decided. That case is New York Times (which was once a real newspaper) v. Sullivan. Sullivan used to be the police (or public safety) commissioner of Montgomery, Alabama.

The Times took an ad raising money for Martin Luther King. Sullivan took offense and demanded a retraction even though he was not mentioned in the ad but felt it reflected poorly on his police department. The Times rightfully said no.

A unanimous court ruled, “A State cannot, under the First and Fourteenth Amendments, award damages to a public official for defamatory falsehood relating to his official conduct unless he proves “actual malice” — that the statement was made with knowledge of its falsity or with reckless disregard of whether it was true or false.” That has been the standard since 1964.

I personally was on the winning side in a case involving a former mayor of Peoria, Illinois, and our lawyers hammered home the Sullivan decision so hard that the former mayor, a lawyer who later became a judge, chose not to appeal.

Now when you are in the business of selling voting machines to taxpayer-funded entities, you are the definition of a public figure. And there is always robust debate about voting systems.

People can and should be able to say anything they want about your company.

I’m guessing that relying on the concept of stare decisis, the legal principle of determining points in litigation according to precedent, a Supreme Court decision in this case will turn out exactly the same.

The practical answer is you may never again sell a voting machine. What taxpayer-funded entity wants to buy something from a company that files billion-dollar lawsuits? Additionally, you are opening yourself to Mike Lindell’s discovery under pain of perjury.

Further, I personally tend to agree that the 2020 election may have been the most fraudulent in many years. And I’ve been covering this stuff since I was 14, which was almost 55 years ago.

As I have said in this space before, the time to litigate bent national elections is not afterward. It is before they occur. In 2020, that didn’t happen.

There’s one other reason that this lawsuit is monumentally stupid.

In order to recover, you also have to prove that you were damaged to the tune of $1.3 billion. According to Forbes, the privately held Dominion’s revenue from government contracts from 2017 to 2019 was $120 million.

While Dominion may have a dominant position among the three companies that provide these services, the company looks like it’s asking for an awful lot given that its revenue appears to be a small fraction of what it’s seeking in damages.

In short, if the company went out of business, there are local convenience store chains that may be worth a lot more.

What this appears to be is an attempt to litigate MyPillow out of business.

That is a tactic that rarely works these days.

But the discovery Mike Lindell is now about to be privy to could be — as a certain credit card commercial says — priceless. For him and 74,000,000 of us.

The views expressed in this opinion article are those of their author and are not necessarily either shared or endorsed by the owners of this website. If you are interested in contributing an Op-Ed to The Western Journal, you can learn about our submission guidelines and process here.

We are committed to truth and accuracy in all of our journalism. Read our editorial standards.

Fred Weinberg is the publisher of the Penny Press, an online publication based in Reno, Nevada (pennypressnv.com). He also is the CEO of the USA Radio Networks and several companies which own or operate radio stations throughout the United States. He has spent 53 years in journalism at every level from small town weekly newspapers to television networks. He can be reached at pennypresslv@gmail.com. You can subscribe, free, to the Penny Press weekly email on the website.