Here it comes! Biden calls for gun control that will destroy the 2nd Amendment 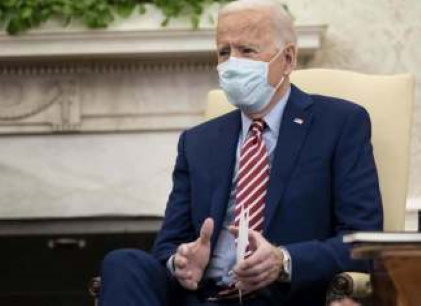 Here it comes! Biden calls for gun control that will destroy the 2nd Amendment

Now the totalitarian Joe Biden is calling for immediate gun control. Biden wants to hold gun manufacturers liable for crimes committed with the guns they manufactured.

On Sunday, Biden called on Congress to strengthen gun laws on the third anniversary of the mass shooting at Marjory Stoneman Douglas High School in Parkland, Florida.

There is always an excuse, an irrelevant excuse. The killer in Parkland was insane. The FBI, the police, the school, and social services knew about him and were lax in handling this obviously dangerous teen.

The president called for several provisions including background checks on all gun sales, banning assault weapons and high-capacity magazines, and eliminating legal immunity for gun manufacturers.

If gun manufacturers are to be illogically held liable for any crime committed with their guns, that would be the end of their businesses. It will wipe out our rights to self-defense.

Are we also going to hold GM liable for any deaths in any way tied to their cars and trucks?

“Today, as we mourn with the Parkland community, we mourn for all who have lost loved ones to gun violence,” Biden said in a statement released by the White House.

“This Administration will not wait for the next mass shooting to heed that call. We will take action to end our epidemic of gun violence and make our schools and communities safer,” Biden said. “We owe it to all those we’ve lost and to all those left behind to grieve to make a change.”

Townhall writes that when Biden was on the campaign trail, he called for a registry for magazines and so-called assault weapons [common rifles]. He promised to push for red flag laws that allow all kinds of people to ask for your gun to be taken away without due process. And then there are the ‘smart guns’ he is promoting. The DNA would have to match up with the gun for it to fire. It would be a nightmare to make and use. It would serve no useful purpose other than making it impossible to own a gun.

He is using the Parkland tragedy as an excuse to take away our Second Amendment. It’s as phony as he is. Biden has already shown he cares nothing about Americans as he puts them out of work.

Who the Hell do these people think they are?