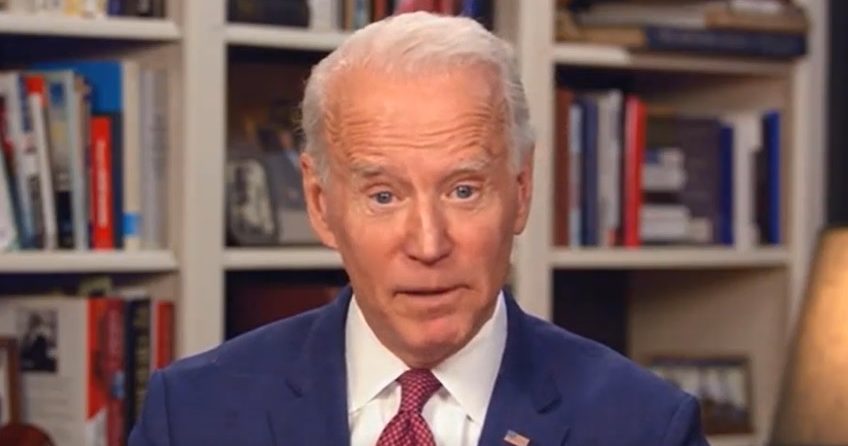 President Biden has abandoned bipartisan compromise and pushed full-steam-ahead to pass his entire sweeping $1.9 trillion COVID-19 spending package. The president’s proposal includes $1,400 “stimulus” checks for more Americans, $350 billion to bail out state and local governments, a renewal of super-charged unemployment benefits through September, money for vaccine distribution, a federal $15 minimum wage, and much, much more. Democrats in Congress are determined to mark up the bill over the next few weeks and pass it by early March.

But the state of the economy doesn’t support this spending bonanza—not even close.

The nonpartisan Congressional Budget Office is projecting a “rapid” resurgence in economic growth and a slower but steady return to pre-pandemic employment levels without any further stimulus. (We’ve already spent an astounding $4 trillion). And top free-market economists interviewed exclusively by FEE all argued that Biden’s drive for more massive stimulus is driven by politics, not sound economics.

Expanding unemployment benefits during a recession has a predictable result: slower employment recovery.

Meanwhile, economist Stephen Moore of FreedomWorks argued that government spending can actually be a negative for the economy, because the money has to come from somewhere else.

“Helicopter money merely redistributes wealth—it does not create it,” he said. “We don’t need this extra stimulus.”

Moore, who served as a top economic advisor for former President Trump, compared the Biden effort to similar stimulus bonanzas under the Obama administration, which resulted in the slowest economic recovery since the Great Depression.

“We learned from the Obama $830 billion “shovel ready” plan that Keynesian stimulus does not work,” Moore said. “Obama’s own numbers indicate that we ended up with fewer jobs than if we had done nothing at all to ‘stimulate’ the economy.”

Another prominent free-market economist, Mises Institute Senior Fellow Robert P. Murphy, offered a similar assessment. He called the Biden proposal “economically unjustified” and suggested that “any of its good features could be achieved more directly through other policies.”

The economists interviewed by FEE took issue with not just the Biden plan’s massive spending levels and sticker price, but also several of its specific proposals such as more “stimulus” checks and the further expansion of ultra-generous unemployment benefits—originally sold as “temporary” last March—that would result in many Americans earning more money by not working, thereby disincentivizing employment.

For his part, Murphy sympathized with the plight of those crushed by COVID-19 lockdowns but still viewed the checks as a misguided proposal.

“It is understandable that citizens want relief checks to compensate for coercive measures preventing them from earning income, but we shouldn’t continue this trend of everyone getting checks from the government,” he said. “Ultimately the public isn’t made richer by paying taxes that are then partially handed back to them.”

The economists had particularly harsh words for Biden’s proposed expansion of unemployment benefits way above normal levels. Unemployment payouts have long been shown in economic research to prolong unemployment and increase its baseline level.

“The best thing we can do for long-run economic health is get everything opened back up safely,”

“Expanding unemployment benefits during a recession has a predictable result: slower employment recovery,” Salter argued. “We should be helping people get back to work—not making it more financially attractive to stay home.”

In sum, though, the economists all agreed that no amount of spending can “stimulate” an economy that is in some places still locked down, and in many places still at least partially restricted. If people cannot legally go to work or engage in commerce, no amount of money-printing or number of blank checks can bring about prosperity, they agreed.

“The best thing we can do for long-run economic health is get everything opened back up safely,” Salter said.

Murphy reached a similar conclusion, arguing that “the best way to help the economy is to end political lockdowns, allowing businesses, workers, and customers to find the optimal mix of protective measures to deal with the threat of COVID-19.”

Of course, Biden’s “stimulus” legislation is really a political wishlist, chock-full of partisan policies like a $15 minimum wage and subsidies for poorly-managed blue states. Yet this isn’t immediately obvious from Biden’s rhetoric or much of the media’s coverage. As a result, the proposal polls well with voters.

With the growing chorus of free-market economists calling out the president’s pretense, hopefully the public will soon realize that there’s little economic justification for Biden’s political spending push.

This article was originally published on FEE.org