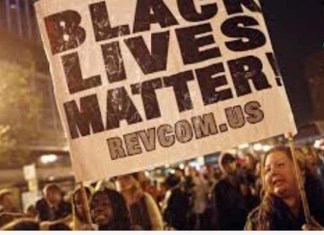 Radio personality and author in Seattle, Jason Rantz, discusses on his website, My Northwest, several of the lessons currently being taught in Seattle Public Schools. The children are taught to hate cops, among other terrible things.

Educators are told that no matter their student’s age, “they’re not too young to talk about race.” In fact, “silence about race reinforces racism.” They’re even warned that “treating everyone the same may be unintentionally oppressive.”

The lesson plans have kindergartners “experience discrimination.” It indoctrinates elementary and middle schoolers into believing that Black people are “systematically and intentionally targeted for demise” in this country. They even learn to blame and distrust the police.

The lessons run from February 1 through February 5th, and these lessons are sure to cause some mental disturbances in some children.

The intent of the week is to “affirm the demands of the Black Lives Matter at School Movement.”

The lessons allegedly teach empathy and respect, but they really teach the hard-left agenda.

The elementary lessons on “The Day of Demands, including Restorative Justice, Empathy, Loving Engagement” introduces students to many radical views. Here are some:

Then students get a viciously anti-police curriculum.

For example, students learn that “unarmed Black people were killed at 5x the rate of unarmed whites in 2015.” It’s untrue.

The source is Mapping Police Violence, an activist website by DeRay McKesson and others.

Students don’t see the circumstances of the deaths. Consequently, they’ll learn to blame the police. Indeed, they’re told departments fail “to require officers to de-escalate situations, where possible,” and they don’t “require officers to exhaust all other reasonable means before resorting to deadly force.”

The lessons even compare police of 2020 during the BLM protests and riots to officers unleashing dogs on innocent Black men in the 1960s.

You can read the rest on the link.

Newstalk1130 reported that public schools in Milwaukee, Wisconsin, planned to spend over $471,000 to further the domestic terror group’s agenda supported by Barack Obama and funded by Socialist/Communist George Soros.

They are going to create a “cultural studies curriculum” and improve school performance through the “facilitation of meaningful dialogue and support on issues surrounding race and trauma faced in communities and schools.” MPS officials told WISN radio.

We don’t know how they made out, but it could explain some of the violence.

THE EXPANSION OF THE CURRICULA INTO CITY SCHOOLS BEGAN IN 2016

The Curricula Is Evil

The BLM co-founder who signed the general goals is Opal Tometi, a communist with ties to Nicolas Maduro, Venezuela’s dictator. If you look at the so-called elite who endorsed it, they’re far-left. The endorsers include domestic terrorist Bill Ayers. The BLM is anti-capitalism.

A document was written by BLM activist Laleña Garcia, a self-described “queer kindergarten teacher,” provides a glimpse of what they plan to teach.

Titled “How to talk to young children about the Black Lives Matter Guiding Principles,” the document encourages educators to “consider age-appropriate language” as they indoctrinate students with a cultural Marxist ideology such as “intersectionality” and “transgenderism.”

Many of the terms included in the document are pulled from Black Lives Matter’s 13 guiding principles. The principles include Globalism. They define it as “our ability to see how we are impacted or privileged within the Black global family that exists across the world in different regions.”

They are also opposed to the traditional family.

It’s no surprise that an organization funded by uber-globalist George Soros teaches kids that globalism is a big beautiful way of everybody living together as one family⁠. The truth is it’s neo-communism and one-world government.

This curriculum is taught in New Jersey, New York, and elsewhere.