If Trump “didn’t know about it, they had planned it without him, then you’re missing the causal relationship,” said Alan Dershowitz. “It would have happened without his speech as well. So that would be relevant on the issue of causation.” 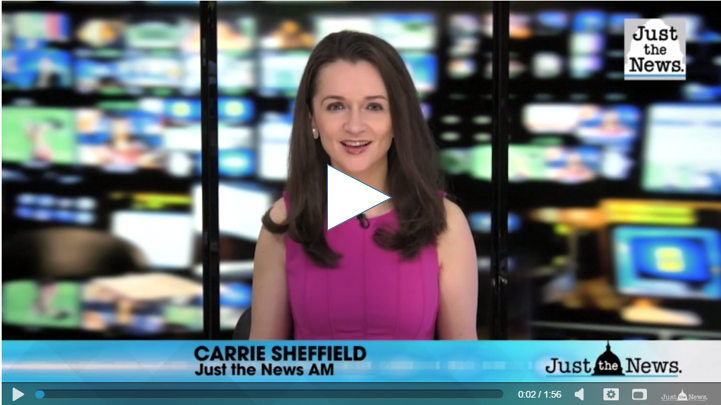 Growing evidence of advance planning and coordination of the Jan. 6 storming of the Capitol undermines claims that the rioters were responding spontaneously to former President Trump’s speech to supporters about a mile and a half away, according to legal and intelligence experts.

As Senate Democrats mull their options for convicting or censuring Trump and banning him from future public office for allegedly inciting insurrection, experts said their incitement case against him was dealt a severe blow this week when federal prosecutors charged three men in the Capitol attack, alleging their communication and coordination dated back to November.

For speech to meet the threshold of incitement, a speaker must, first, indicate a desire for violence and, second, demonstrate a capability or reasonable indication of capability to carry out the violence, according to Kevin Brock, former assistant director of intelligence for the FBI.

In Trump’s case, Brock said, there were neither.

In an interview Thursday, Brock told Just the News he listened to Trump’s entire Jan. 6 speech. “I didn’t hear a single word about — or anything that would trigger a reasonable person to believe that he was inciting— violence,” he said. “He even used the words ‘peaceful’ and ‘respectful.'”

Brock thinks that Trump “was caught by surprise at what happened” and was probably unaware of the segment of the crowd intent on violence. That was “a failure, frankly, on the intelligence that he should have been provided as president of the United States,” Brock said. “We shouldn’t be in a position where knuckleheads like Proud Boys and Oath Keepers can plan a disruptive violent event and it catches us by surprise.”

Still unanswered are questions about how much House Speaker Nancy Pelosi and Senate Republican Leader Mitch McConnell knew in advance of the potential for violence and when they knew it. Also unresolved are lingering questions surrounding the Pentagon’s pre-attack offer to send National Guard troops to reinforce the Capitol Police.

Brock, former principal deputy director of the National Counterterrorism Center (NCTC), noted that Trump did use the word “march” in encouraging his supporters to march to the Capitol and voice their dissent during the floor proceedings to formally certify the 2020 Electoral College vote.

“But ‘march’ — we’ve had peaceful marches as part of our history — doesn’t necessarily indicate automatic, violent response,” Brock said. “So I think they’d be hard-pressed to prove that he was using words that were inciting violence.”

“I know that everyone here will soon be marching over to the Capitol building to peacefully and patriotically make your voices heard,” Trump said during his speech at the Ellipse, according to a transcript. “Anyone you want, but I think right here, we’re going to walk down to the Capitol, and we’re going to cheer on our brave senators and congressmen and women, and we’re probably not going to be cheering so much for some of them. Because you’ll never take back our country with weakness. You have to show strength and you have to be strong. We have come to demand that Congress do the right thing and only count the electors who have been lawfully slated, lawfully slated.”

Brock, who is now consulting at a firm he founded called NewStreet Global Solutions, said such use of words urging “strength” to “take back our country” is far from uncommon in political speeches.

“Every other politician in this country uses those kinds of words and that kind of language,” Brock said. “So I think to convict him on those words would open up politicians across both parties for future examination as to whether or not their words are inciting violence across the country. Frankly, I think a lot of them are exposed in that regard.”

Brock said based on his assessment of Trump’s claims questioning electoral integrity in key battleground states, Trump’s language in the weeks and months leading up to Jan. 6, following the Nov. 3 election, “purely from a predication standpoint, for a federal investigation, those words would not be significant.”

A politician expressing frustration, bitterness, or disbelief he or she lost “is not new in the American tradition,” Brock said. “So that alone is not enough to have the FBI launch an investigation as to whether or not somebody is inciting an insurrection. If that were the case, we’d have to do it after every election.”

Constitutional law scholar Alan Dershowitz told Just the News that a successful case by Democrats would depend on whether Trump knew about the planning of the Capitol Hill assault but that there was no evidence of that.

“If you didn’t know about it, they had planned it without him, then you’re missing the causal relationship,” said the longtime Harvard Law School professor. “It would have happened without his speech as well. So that would be relevant on the issue of causation.”

All of Trump’s claims in the weeks and months before Jan. 6 about electoral malfeasance are protected by the First Amendment, said Dershowitz, a member of the president’s defense team during his January 2020 impeachment trial.

Even while he personally disagreed with Trump’s content, he said legally there was “nothing wrong, it’s constitutionally protected, clearly” under the Brandenburg test established in Brandenburg v. Ohio, a court ruling used to determine whether inflammatory speech is intended to advocate illegal action. In Trump’s case, said Dershowitz, it was “not even a close question” under Brandenburg,

Senate Democrats say they are considering whether or not they can utilize the 14th Amendment to the Constitution to bar President Trump from ever holding public office again. The 14th Amendment, passed in the wake of the Civil War, in part directs that no individual may hold any public office in the country if he or she “shall have engaged in insurrection or rebellion” against the U.S. after taking an oath of office in support of the Constitution.

“It’s an idea that’s out there that I think people are contemplating in the accountability space,” U.S. Sen. Tim Kaine told the Hill last week.