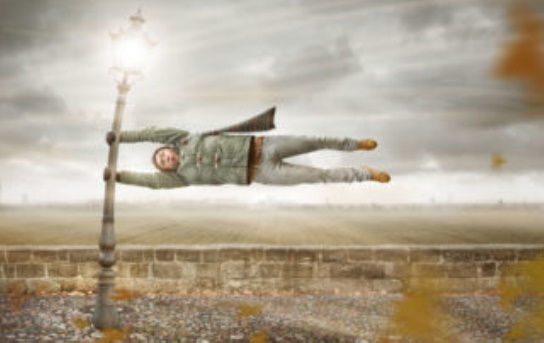 By some measures, the average global temperature has since warmed by approximately one degree Celsius.

In another 40 years it may get a warmer, but no bureaucracy or university science department really knows since there are so many variables and natural influences on the planet’s climate beyond levels of atmospheric gas of which carbon dioxide comprises a small fraction, with mankind’s contribution tinier, still.

There also is nothing unique or intense about present-day storms and floods compared to the past, no matter how many vapid Twitter statements are made by politicians, government-funded scientists, or media figures uncritically parroting either group.

Climate change is occurring. It has always. This is not a reason to make President Biden a dictator in an attempt to thwart an ever-changing climate; nor is it a reason for the Senate Majority Leader to relinquish his role after a week on the job.

The United States has had many national emergencies, including the Covid-19 pandemic. President Trump did not become a dictator; Congress remained involved as a co-equal branch to fight the pandemic, which included appropriating trillions of dollars to support Americans and sustain the economy.

The fact that state legislatures handed emergency powers to governors to respond to the pandemic is further reason the president should have none over climate policy. Time and again, several governors made capricious orders to lockdown their state economies and destroy millions of livelihoods—without mitigating the virus—which are stark examples against unchecked executive power.

Looking further back in history, the U.S. was attacked on September 11, 2001 and on December 7, 1941. I’d characterize each event a national emergency. Yet, it was Congress, not the president, which authorized a military response, in the latter example by declaring war. Even the Vietnam and Iraq wars, increasingly viewed as tragic foreign policy blunders, were authorized and funded by Congress.

Presidents Roosevelt, Johnson and Bush did not usurp “emergency” powers when America was attacked nor when they believed our national security was at risk (though FDR went around Congress to aid Britain prior to America entering World War II). Neither should President Biden declare emergency powers to deal with climate.

As a candidate, Biden did not run on issuing a “climate emergency.” Rather, he promised to use the “authority of the executive branch” and propose a “legislative agenda on climate change” (emphasis mine). By contrast, his main rival, Sen. Bernie Sanders, promised to “declare a national emergency on climate change” and lost the Democratic presidential primary.

We elect presidents and lawmakers to enact laws. Let them debate climate measures that cost trillions of taxpayer dollars after one degree of warming in the last 40 years.

Let lawmakers argue over eliminating tens of thousands of jobs in the fossil fuel and transportation sectors, rather than a single politician eliminating 10,000 jobs by canceling a project like the Keystone XL Pipeline.

Let’s hear our elected representatives say whether low-income and middle class Americans should have imposed on them skyrocketing energy costs even as “renewable” alternatives are decades away from replacing traditional, affordable energy sources, if ever.