DHS: Be on the Alert for Homegrown Terrorists, Most Likely Right-wing

DHS: Be on the Alert for Homegrown Terrorists, Most Likely Right-wing.

A federal terror bulletin forecasts political violence in the near future and implies that violence will come from so-called right-wing extremists — although communist or pro-communist groups such as Antifa and Black Lives Matter are, in the main, behind such violence and have been for years.

Left unmentioned in the bulletin is Antifa, which became the paramilitary wing of the Democrat Party but turned on its master last week when it struck party headquarters in Portland.

Antifa and its Red goons have been waging a street war in Portland since the summer. They have viciously attacked police and journalists.

The opening paragraph of the bulletin sounds like it could describe any sort of political violence. But it quickly suggests that it will come from sane Americans who question the Chinese Virus narrative. Other possible culprits are patriots who oppose mass immigration, or Americans who think President Trump was robbed on November 3. 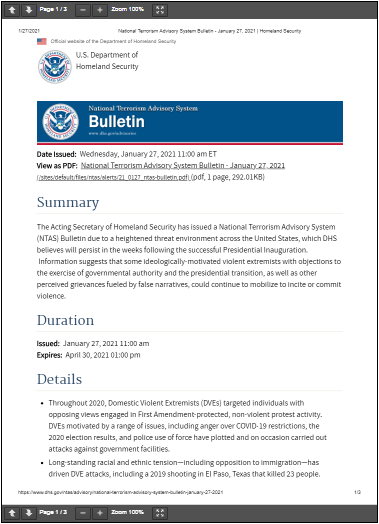 “Information suggests that some ideologically-motivated violent extremists with objections to the exercise of governmental authority and the presidential transition, as well as other perceived grievances fueled by false narratives, could continue to mobilize to incite or commit violence,” the bulletin warns.

But then comes the hint that the violence will come from the Right:

The bulletin claims that foreign terrorists inspire HVEs, who have attacked government officials.

Their “threats of violence against critical infrastructure, including the electric, telecommunications and healthcare sectors, increased in 2020 with violent extremists citing misinformation and conspiracy theories about COVID-19 for their actions.”

The alert expires on April 30.

Why the bulletin didn’t name names is open to question; it could have cited Red violence in Portland after Biden was inaugurated. 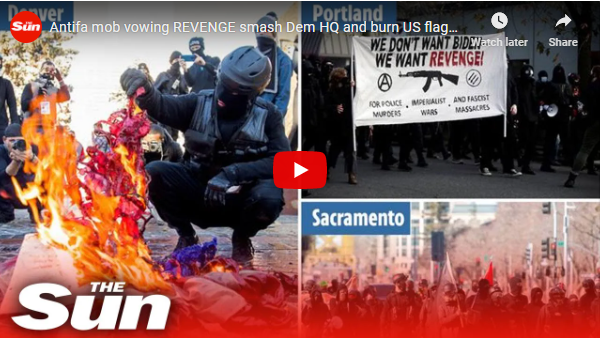 Red goons in the woke city denounced Biden as the “feckless puppet of the centrist Democratic establishment,” as the New York Times reported, and burned an American flag and smashed windows at Democrat HQ.

The group’s banner left no doubt that more violence is ahead. “We are ungovernable,” the banner said.

The Times described what happened when the Red brigades “gathered at a U.S. Immigration and Customs Enforcement building in the city, targeting the harsh deportation and detention tactics that the agency had used against immigrants.”

After protesters vandalized the building with graffiti, federal agents retaliated with tear gas and pepper balls.

As one person held a lighter below a Biden-for-president flag, another chanted a phrase often seen on conservative message boards: “Not my president.”

Yet that “protest” is nothing compared to what the goon squads have done in the past. As The New American reported in August, they repeatedly attacked police stations and set fires. The black-bloc terrorists wore “hardened shields, helmets, armor, [and] gas masks.”

They even attacked homosexual journalist Andy Ngo because he told the truth about a wave of putative hate-crimes against gays. They were probably hoaxes. He couldn’t verify them. And so the “protesters” decided Ngo deserved a beat-down to shut him up. 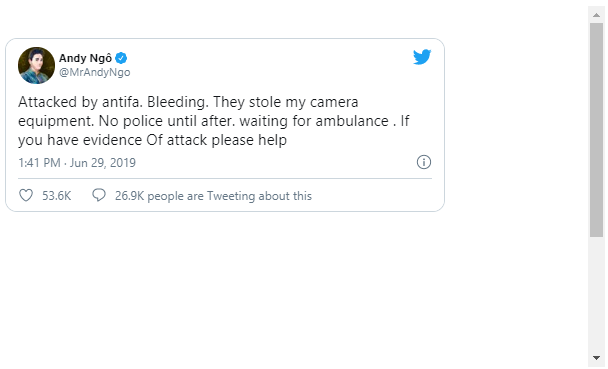 The revolutionaries even showed up on the streets with a guillotine, a clear message of what will come if they should ever take control of the city.