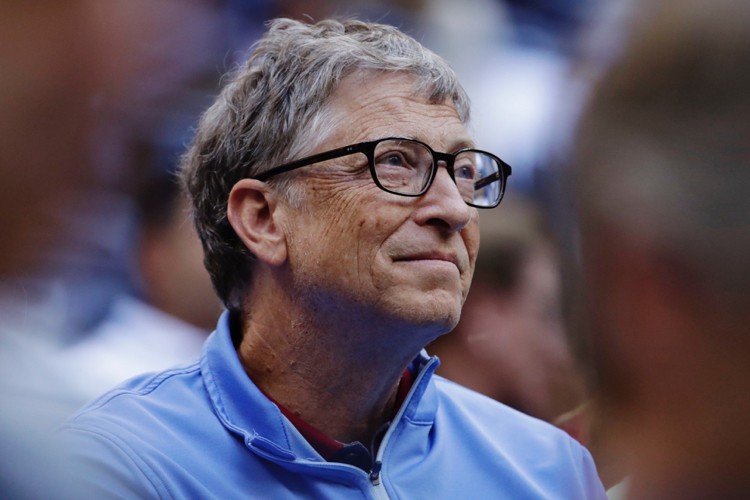 Bill Gates is buying up America’s farmland. Why? No one but Bill Gates knows that answer. But the fact remains, as the Daily Mail notes, Gates — computer “nerd” and vaccination enthusiast — “has been revealed as the biggest private owner of farmland in the US, after buying up 242,000 acres in 18 states.”

It’s hard to visualize just how much land 242,000 acres amounts to unless you are a farmer. Most people aren’t working in that field these days, so some perspective is necessary.

A single square mile contains 640 acres. That means Bill Gates owns 378 square miles of the United States. For comparison, the state of Rhode Island covers an area of 1,214 square miles. Liechtenstein, an independent nation tucked into Europe, covers 62 square miles. Gates also owns more land than the Republic of Malta with its meager holdings of only 122 square miles.

Overall, according to the US Department of Agriculture, in 2018 US farmland totaled up to 899,500,000 acres, a number that had dropped by 870,000 acres from the year prior. Gates has a little way to go before he owns it all.

Interestingly, Gates’ methods when it comes to acquiring land seem to be rather secretive. The Land Report, the magazine of the Realtors Land Institute, described one such purchase, that of a parcel totaling 14,500 acres of farmland known as 100 Circles in eastern Washington that sold for $171 million.

Writing for The Land Report, Eric O’Keefe described what his investigation of the sale uncovered.

“The seller was John Hancock Life Insurance, a multibillion-dollar asset manager with key holdings in all the major US markets as well as Canada and Australia,” O’Keefe wrote.

But, he continued, “The story went dark on the buy side, however. The Tri-City Herald reported that the purchaser was a ‘Louisiana investor,’ a limited liability company associated with Angelina Agriculture of Monterey, Louisiana. Sorry, but that didn’t pass the sniff test.”

O’Keefe found that the “Louisiana investor” didn’t seem to have the characteristics of a company or person that could wield the kind of financial power it would take to acquire a parcel worth nearly $200 million.

Tracking down the buyer, he found that it was an entity called Angelina Agriculture. Consulting business directory Dunn & Bradstreet for this firm, O’Keefe wrote: “At its listed headquarters — 8318 Highway 565 — Angelina Agriculture boasted two employees and reported annual revenues just north of $300,000. Given the size and cost of 100 Circles, both of those figures made no sense at all. Strike two. How about Google Maps? An aerial image of the Highway 565 address revealed a small metal-sided building off by itself in the woods. Strike three, right?”

How could such a tiny outfit swallow such a huge financial transaction? Behind it all, it turned out, was Gates, who now owns over 69,000 acres of Lousiana, almost 48,000 acres of Arkansas, and nearly 26,000 acres of Arizona among other large holdings.

The reason for the purchases, according to O’Keefe, is investment diversity. As O’Keefe reports, in 1994, Gates hired an investment “manager to diversify the couple’s portfolio away from the Microsoft co-founder’s 45 percent stake in the technology giant.” That effort led to the acquisition of vast holdings of land. In 2014 the Wall Street Journal reported, according to O’Keefe, that Gates’ land investments then totaled up to some 100,000 acres. Apparently, land is viewed as a great investment still by Gates, considering that that number has now more than doubled.

It’s all a little disquieting, though. Gates is on record worrying that the world’s population is too high and that factor is contributing to carbon emissions that we must cut, somehow, to stave off the apocalypse. Farms are fossil-fuel intensive and produce carbon emissions, cow gas, and food, which keeps too many people on the planet. Leftists are on record over and over calling for reductions and strictures on all of these. And Gates, one of the chief oligarchs of that side of the political divide, probably wonders — if he cares at all — why some people question his intentions.

Still, the land purchases are surely mere investments — as the proverb goes, “they aren’t making any more land.”

But the idea that large investors are buying up vast tracts of American farmland does ring some civilization-level alarm bells that hearken back to the fall of an earlier empire: that of the Romans.

There’s nothing new under the sun and, in fact, the same phenomenon of land consolidation under huge landowners began to raise red flags in the early Roman Empire. In his Natural History, Pliny the Elder registered his concerns about the prospect of just a few landowners owning the vast majority of the empire’s productive farmland:

Traditionally, Roman landownership followed Pliny’s advice that farms should be moderate in size. But events would upset the delicate balance Roman society. In Caesar and Christ, the great philosopher and historian Will Durant described the changes that overtook the Roman landscape and the decay that set in as a result.

As for the “rootless” and the “propertyless,” the oligarchs associated with the World Economic Forum have been at pains trying to convince these people and others to free themselves of their property. In the future, WEF propaganda asserts, “You’ll own nothing and you’ll be happy.” 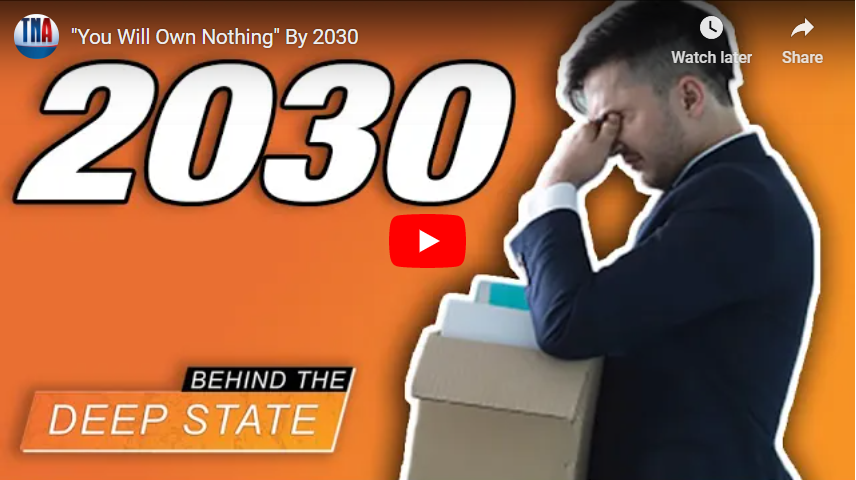 If all goes according to plan, in that future (scheduled for 2030!) Bill Gates, et al., will own everything. They’ll be happy.

The rest of us, perhaps not so much.