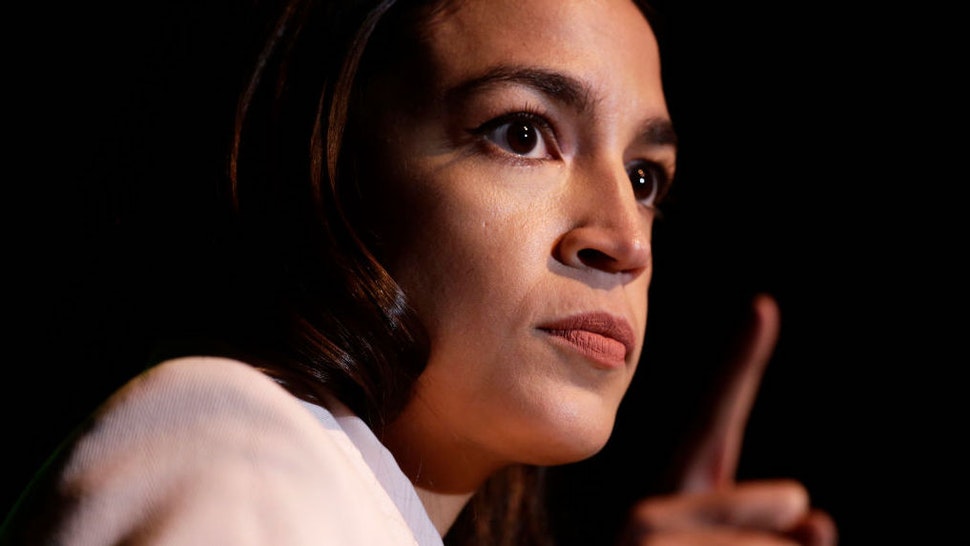 Rep. Alexandria Ocasio-Cortez (D-NY) on Friday called for the federal government to better fund efforts to “deradicalize” white supremacists, conspiracy theory adherents, and others who have supposedly been misled by President Donald Trump.

Responding to a question during a virtual town hall, Ocasio-Cortez conceded that figuring out how best to communicate with some of Trump’s supporters is “very difficult.”

“I think that we’re going to be hearing a lot from a lot of experts in the best ways to deradicalize people,” she said. “There are a couple things I will say about this. One is I think our community recognizes … that this is not a problem that is going to go away Jan. 20. You know, this doesn’t go away with an inauguration, it doesn’t go away after an inauguration. And there are people who are radicalized right now, and it is going to take a very long time … and a lot of effort to deradicalize those people.”

“Now, that is not to say that all hope is lost,” Ocasio-Cortez assured her listeners, and mentioned how she has served for the past two years as vice chair of the House Subcommittee on Civil Rights and Civil Liberties, which is a part of the Oversight Committee.

“We have held many hearings on the growing white supremacist threat and the domestic terror threat in the United States. Over the last two years we’ve been holding hearings on this,” she said, and referenced how former neo-Nazi Christian Picciolini testified to them in September 2019 about various deradicalization techniques by which he was convinced to leave that subculture.

“We had a program addressing white [supremacists], we had federal programs that went toward funding organizations like these that deradicalize people and President Trump pulled the plug on federal funding for some of these programs. And so one thing that we know is that we need to get that funding right back up and we probably need to double, triple, quadruple, or increase funding for these deradicalizing programs en masse.”

Neglecting to distinguish between white supremacists and those who questioned the integrity of the 2020 presidential election, Ocasio-Cortez stressed the importance of counteracting what she described as the “unaccountable misinformation bubble” that she claims deceives them.

Ocasio-Cortez recently called for a congressional committee to combat disinformation in media, drawing criticism from some who claimed she was effectively calling for an Orwellian “Ministry of Truth.”