Electoral College is in serious jeopardy 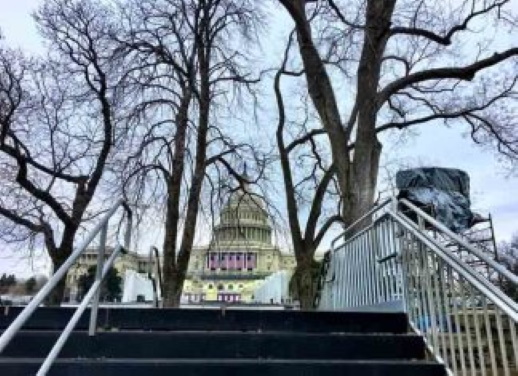 Electoral College is in serious jeopardy

The Left plans to dispose of the Electoral College to silence the so-called flyover country finally. While they need a constitutional amendment to do it, they found a way to circumvent the Constitution.

The National Popular Vote compact, allegedly a brainchild of a group of businessmen, is spearheaded by George Soros’s son.

As we discussed back in July, a growing group of states dominated by left-wing Democrats has for years been cobbling together the so-called National Popular Vote Interstate Compact (NPVIC). The compact’s member states agree that they will award their state’s electoral votes not to the candidate who won the state’s popular election but to whichever candidate won the popular vote nationwide. The point, in other words, is to do away not only with the state’s popular election but also with the Electoral College and our Constitution’s 233-year-old election process.

Instead, we would have a single, national popular vote. This would radically change the way we’ve conducted presidential elections, inducing candidates to ignore much of the country and concentrate their campaigns in urban population centers — dramatically increasing the influence of progressives over the nomination of candidates and the campaign debate over policy. It would also be far easier to manipulate a single election by fraud than 50 state elections. We would thus lose the advantage of diffusion, which has been touted as our greatest defense against foreign interference (of the kind alleged by Democrats in 2016) and massive fraud conspiracies (of the kind alleged by some Trump supporters in 2020).

Most significantly for present purposes, the NPVIC would substitute the preferences of political operators for the solemn choice of the people they represent. In 2004, for example, it would have required casting California’s 55 electoral votes for George W. Bush, even though John Kerry won the state by 1.2 million.

We have written about this for years. State after state votes for it, and when they get the 270 Electoral Votes, the NPV activists plan to put it in motion. They currently have 196 votes.

Basically, you would have the coastal leftist elites deciding the future for all Americans ad infinitum. if passed, result in heavily populated areas deciding elections with less populated areas having nothing to say. They will be forced to vote with the masses!  It is the tyranny of the masses.

IT IS A TROJAN HORSE

It warps the Electoral College into a system by which states who agree to form a compact share all their electoral votes within their group and are forced to give their votes to the candidate with the largest number of popular votes within the compact.

All the electioneering can be done in a handful of states and all the community organizers can focus on the handful of states. The election will be decided by the liberal cities where the heaviest concentration of people resides.

Our country is moving in a perilous direction, and our freedoms will be lost if Democrats have their way.