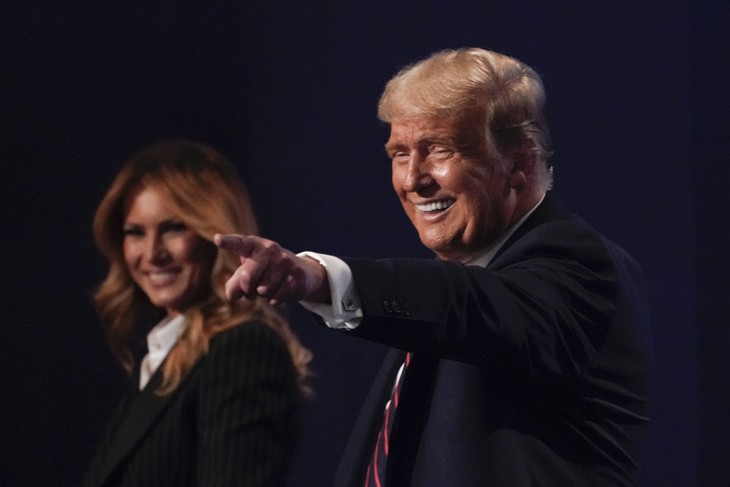 Trump Throws Down the Big Gauntlet

On the off chance that your Thanksgiving weekend was undergoing a lull, here’s some pure political entertainment for you.

President Trump decided to hit Twitter with a Black Friday surprise, saying that “Biden can only enter the White House as President” if he can prove that he didn’t get there fraudulently: 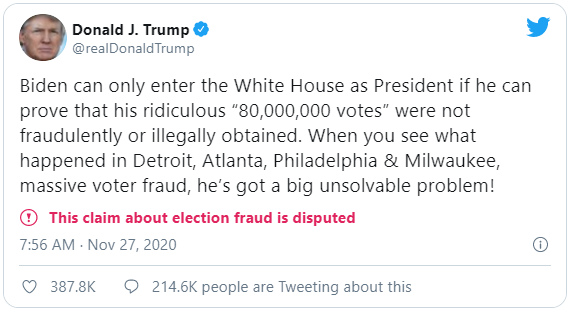 I’m sure that everyone LOL’d a little at Twitter’s red flag at the bottom of the tweet. I’ve got a screenshot just in case Dorsey’s jackboots send the tweet down the memory hole.

As is always the case with Trump’s best trolling, the triggering effect on the libs is worth the price of admission. What they’re calling delusion, conservative Republicans are calling a spine. There is no quit in this president. We’re almost four years into this and that fact is still a new thing for Republicans. We’re just barely getting used to it after decades of weak GOP leaders rolling over and playing dead whenever the Democrats and their media mouthpieces told them to.

A couple of weeks ago I wrote that I want the counting and the lawsuits to go on as long as possible, both because what’s happening right now is necessary if we’re ever going to be able to stop it in the future, and also just to spite the Democrats after how awful every single one of them has been these past four years.

There is a lot of fight left in President Trump. The surrender-monkey Republicans who are telling him to give up are having a rough Thanksgiving Friday now.

And that’s a beautiful thing.

PJ Media Senior Columnist and Associate Editor Stephen Kruiser is the author of “Don’t Let the Hippies Shower” and “Straight Outta Feelings: Political Zen in the Age of Outrage,” both of which address serious subjects in a humorous way. Monday through Friday he edits PJ Media’s “Morning Briefing.” His columns appear twice a week.