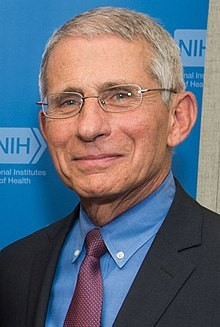 In 2017, right after Trump was inaugurated Dr. Fauci spoke before a medical board and said this administration would be hit with a major pandemic. I wondered how he knew three years in advance we would be hit. According to a recent report, Dr. Fauci was part of the team that created the virus in China in 2015. 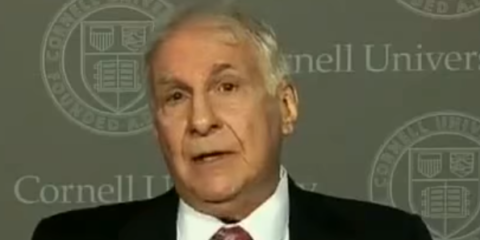 Dr. Peter Breggin a doctor and psychiatrist who, along with his wife, wrote a 60-page article about Fauci being responsible for creating the Coronavirus and now Fauci is teaming up with Biden. Dr. Breggin a very learned man and well known in the medical field and not some conspiracy theorist. He graduated from Harvard Medical School with honors, is a frequent speaker at Medical functions, and has his own psychiatrist practice

September 18, 2020, Four scientists, led by Li-Meng Yan (MD, Ph.D.), who recently had to flee Communist China because of her whistleblowing about the virus being created in the lab in Wuhan, have released a pre-publication paper (follow the paper’s progress I listed below) in which they confirm the direct relationship between the Fauci-funded research and China’s ability to create SARS-CoV-2. In the 60 page paper written by By Peter R. Breggin, MD and Ginger Breggin  maintain that the Chinese government now has the unlimited ability to keep manufacturing pandemic viruses.

Here is a brief summary of their findings: This report documents in detail how Dr. Anthony Fauci, head of the National Institute for Allergy and Infectious Diseases (NIAID), has been the major force behind a series of research activities and other government actions that enabled the Chinese Communist Party to create lethal SARS corona viruses, leading to the release of SARS-CoV-2 from the Wuhan Institute of Virology. Fauci continues to cover for the Chinese and for himself, denying the origin of SARS-CoV-2, and delaying and thwarting worldwide attempts to deal rationally with the pandemic. This report documents with more than 100 linked citations the following activities by Dr. Fauci: Until stopped by President Trump in mid-April 2020

Fauci funded both individual Chinese researchers and the Wuhan Institute as collaborators with American researchers in creating lethal corona viruses from harmless bat viruses. This collaboration and direct funding enabled the Chinese Communist Party and its’ military to make potential bioweapons on their own, including SARS-CoV-2. In April 2020, shortly after our disclosure of these US/Chinese collaborations, President Trump canceled funding for them. However, Fauci has recently unleashed a deluge of new funding that will almost certainly benefit Chinese scientists at universities and research facilities in this country who have close ties to the Chinese Communist Party.

The connection between SARS-CoV-2 and the Fauci-funded American and Chinese collaboration making coronaviruses was initially made in February 2020 in a scientific publication by an American-trained (Northwestern University and Harvard Medical School) Chinese researcher named Botao Xiao and his associate Lei Xiao. Perhaps because it was so cogently written and spot-on, the Chinese Communist government forced the researchers to recant.

Fauci has funded and continues to fund coronavirus “gain-of-function” research projects which turn benign animal viruses into human pathogens capable of causing pandemics. The stated purpose is to learn to prevent and treat future outbreaks; but research labs are the most common source of outbreaks from dangerous pathogens, including SARS-CoV-2, as well as two earlier accidental escapes by SARS viruses in 2004 from a research facility in Beijing.

In 2014, when blocked by an order from President Barak Obama from funding dangerous “gain-of-function” studies, Fauci outsourced the research to the Wuhan Institute of Virology. He also covertly continued to fund the major gain-of-function collaboration between US and Chinese Wuhan Institute researchers at the University of North Carolina. Fauci thus made a mockery of President Obama’s attempts to stop the potentially catastrophic research.)

In order to outsource dangerous viral research from the US to China during the Obama moratorium, Fauci prematurely approved the Wuhan Institute as a highest level containment facility (known as BSL-4) capable of safely working with lethal viruses. He did this while knowing the Institute had a very poor safety record and while also knowing that all such facilities in China are overseen by the military as part of its biowarfare program.

Thus, Fauci created two grave worldwide threats, the accidental release of a deadly coronavirus and/or its use as a military weapon.

Without fanfare, toward the end of the first year of the Trump administration in 2017, Fauci and NIH canceled President Obama’s moratorium against building viral pathogens in US labs and openly restored gain-of-function research creating lethal viruses. The original moratorium was a direct order by President Obama on White House stationary while its undoing was a decision made within the National Institutes of Health and NIAID, probably without Trump’s knowledge.

From the initial outbreak of the pandemic in China and continuing to this day, Fauci has supported Tedros Adhanom Ghebreyesus, the corrupt Director-General of the World Health Association (WHO). Together, they initially minimized the dangers of COVID-19. Fauci and Tedros also delayed worldwide preparations for the pandemic while allowing the Chinese to spread the virus with thousands of international passenger flights.

Standing beside President Trump at a briefing, Fauci publicly undermined the President’s criticism of Director-General Tedros and China. Instead, Fauci reassured the world that Tedros was a trustworthy and “outstanding” man—implying that Tedros’s connections in China were similarly reliable and could be trusted.

Fauci holds himself out as the ultimate source of objective scientific information and science-based conclusions. In reality, he works with and empowers globalist pharmaceutical firms and globalist organizations such as WHO and the Bill and Melinda Gates Foundation. Meanwhile, these globalists gained power and influence as their policies and practices, including the shutdowns, continue to worsen.

Overall, Fauci has been and continues to be an extraordinarily destructive force in the world. Most damaging to humanity, he enabled China to create SARS-CoV-2 and other deadly viruses for use as biological weapons. At the same time, he developed chilling ties to the Chinese Communist Party and its military, even financing their activities through NIAID and helping them to obtain valuable US patents. Then, in collaboration with China and WHO, he initially hid the origins and dangers of the pandemic, so that it spread more rapidly around the world. Then he became the go-to scientist and management czar for the very pandemic that he helped to create, enormously increasing his power and influence, and the wealth of his institute and his global collaborators, including Bill Gates and the international pharmaceutical industry conditions throughout the world.

The escape of a manmade virus, intentionally or not, is infinitely more likely than a lone bat virus evolving into a pathogen in nature and then finding a human host. In nature, a novel virus attacking a human, causing a unique disease, and becoming an epidemic must begin with a rare chance of a genetic variation through biological evolution which is a very slow, hit-and-miss process, usually involving extraordinary periods of time. Then the chance variation among the many millions of bats flying around must have an equally rare chance to meet and to infect a suitable human host, who must then infect at least one other human before dying, etc. These bats live in rural caves hundreds of miles away from Wuhan, adding to the unlikelihood of such an event. All of this makes a jump from nature to humans extremely unlikely compared to the accidental escape of one of the SARS-CoV viruses already stored or being created at the Wuhan Institute of Virology.

As this report has already suggested, there is a more frightening risk associated with making viruses that are potentially deadly to humanity—they can fall into the wrong hands and become bioweapons. What Fauci has been doing is doubly catastrophic, first, in the making of deadly viruses and, second, in collaborating with China in mutually creating obvious bioweapons.

Dr.Li Meng Jan the virologist whistleblower has maintained this also saying they took a relatively harmless virus and modified it to be deadly. She is currently in hiding somewhere in the United States and has given interviews to Tucker Carlson and a few others.

As Dr. Breggin said the Chinese now have the unlimited power to keep making pandemics to make the world submit to them.

On September 26, presidential candidate Joe Biden tweeted:  “If I’m elected, I won’t wait to take action on COVID-19. Minutes after the race is called, I’ll call Dr. Fauci and ask him to stay on.”

Biden has taken a strong position on “listen to the scientists:” “I would be prepared to do whatever it takes to save lives, because we cannot get the country moving until we control the virus. That is the fundamental flaw of this administration’s thinking to begin with,” the former vice president told ABC News’ David Muir “I would shut it down. I would listen to the scientists,” he said. 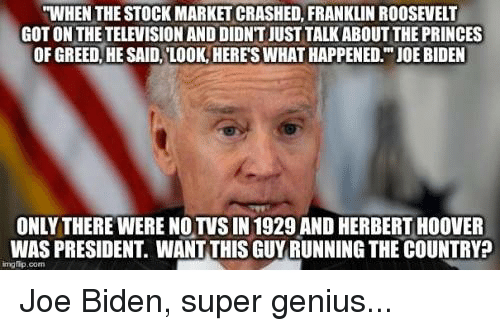 Tragically, Joe Biden’s refrain of “listen to the scientists,” including Anthony Fauci, means imposing an ever greater scientific dictatorship on America.

This Thanksgiving we have seen various scientists including Fauci and Biden telling Americans not to travel and stay home. Governors have instructed neighbors to inform on each other if they are breaking the more than 10 at a time rule and The Vermont governor has instructed teachers to have their students to rat out their parents.  If they have more than10 people over they risk being quarantined for 14 days or quarantine for seven days with a covid test.

These are things that happen in communist countries and the democrats have taken to weaponizing this virus to achieve their own power. Now Fauci is warning again about Christmas and people should stay at home and not celebrate with the increase of a number of cases that have popped up.

Dr. Breggin has recently stated in a column online that “There are additional reasons for Joe Biden’s affinity for Anthony Fauci.  Both are lifelong members of the Deep State with roots so progressive and venal that they end up entangled with the Chinese Communist Party.

Joe Biden, it recently has been confirmed, also has deep ties to China, only in his case, the money has been flowing from China to the “Biden Family,” possibly in the tens of millions of dollars.

Joe, like Fauci, has criticized Trump’s get-tough policy on China during COVID-19 and he has made light of China’s overall threat to the US.  Biden and Fauci, running the country together, will be a devastating pair of corrupt politicians who can neither defend nor promote the interests of Americans.” 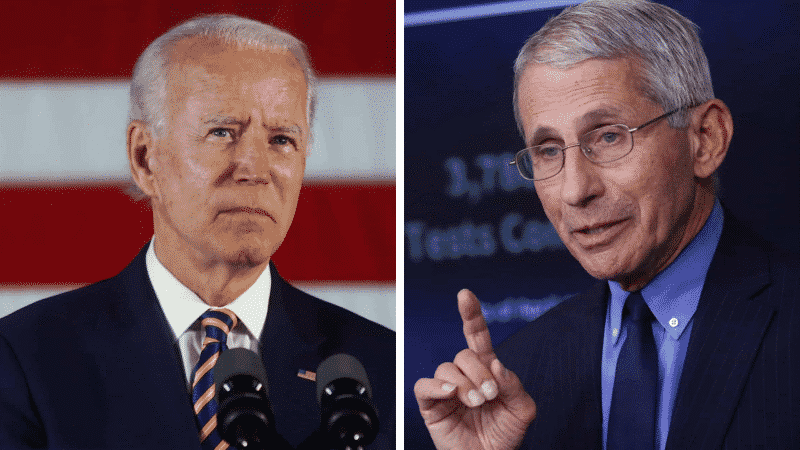 Hear Dr. Fauci say in 2017 “There will be a surprise outbreak?

WHOA! Dr. Fauci in 2017: President Trump Will Be Challenged By a “Surprise Global Disease Outbreak” (VIDEO

I am a retired former newspaper reporter and retail sales person. I’m a politically conservative easy going person from New Jersey. I am married to a wonderful wife and like talking and writing about movies,, concerts I attend and current events all which I write about here. I would enjoy hearing from anyone on my articles and they can write to me here.