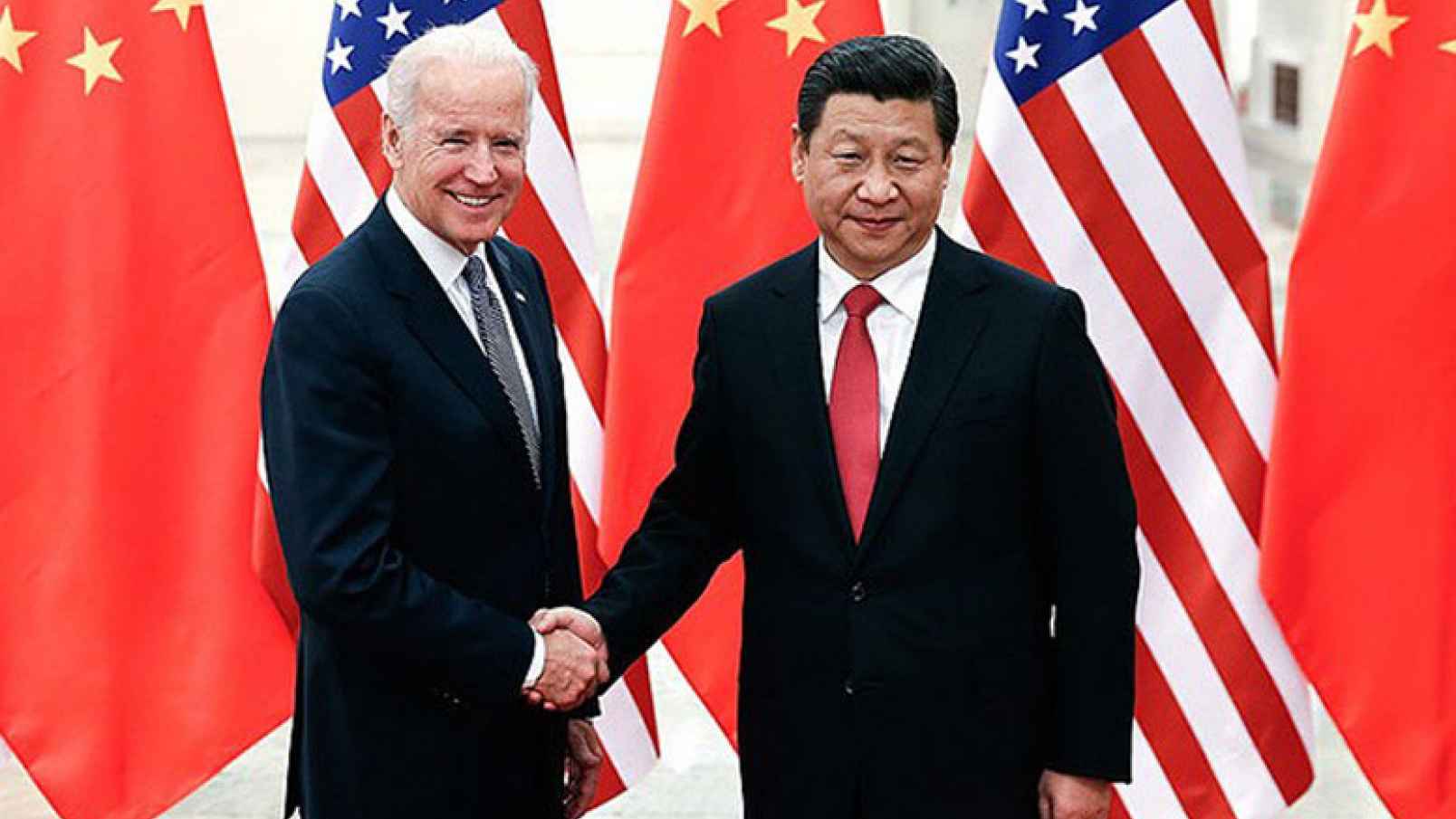 Please promise not to even whisper amongst yourselves what you are about to read here. Do not share it, or even comment below about Hunter Biden’s laptop, because social media tells us that you are not qualified to know or discuss this information at the risk of having your account banned, where you will possibly be electronically scorned for life.

Who amongst us will volunteer to tell former DNI James Clapper that he is—so yesterday—and would he please mind sitting down. And, furthermore, that it has been confirmed by the current DNI John Ratcliffe that, “Hunter Biden’s laptop is not part of some Russian disinformation campaign.”

And, so we begin:

Every blockbuster story like the one being told herein, first and foremost, must have a hero, so allow me to introduce to you: John Paul (JP) Mac Issac. And, of course, the dastardly deeds of our villain(s), in the person(s) of the Biden Crime Family: namely, Joe, son Hunter, daughter Sarah, and brother, James.

The truncated version of our ‘unspoken tale’ began after corresponding with Larry Johnson, a veteran CIA agent and working in the State Department’s Office of Counter Terrorism. Joe Biden’s son. Hunter, who resides in California, came to Wilmington, Delaware, on or about April 12, 2019, where his father Joe, aka Big Guy (Democrat candidate for POTUS) lives. As a former investigator myself, we often relied upon, and thanked God for, the basic stupidity of criminals who would give us some of our most informative and creditable leads. And so, having said that, there was more-than-likely a discussion over the three (3) laptops and what to do with them. If Big Guy was a ‘clear-thinking-criminal’ he would have called Hillary for advice, but no, they decided on their own, (now this part is just investigatory speculation) to submerge the laptops in the bath tub.

But, now fast-thinking-Hunter needed to confirm that the laptops were water-damaged beyond repair and took them to a local computer repair shop in Wilmington on the aforementioned April 12th date.

Our hero JP, looked them over, saying one was destroyed by ‘some kind of liquid’ (luckily Hunter removed the rubber ducky from the bag…), but one was fine and he could retrieve the data from the hard drive of the third. Hunter, who could have been in a drug induced haze when he signed a service agreement left the shop, thinking they were now gone forever, with no plans to ever return to the shop.

After safely removing all the data from the damaged laptop, our hero John Paul tried multiple times to contact Hunter to pick them up, but to no avail. Months went by (May, June, July and August) and, according to Delaware law, when a product is left for service and not retrieved by the original owner within ninety (90) days, the legal ownership is transferred to the repair shop, which was specified in the agreement that Hunter signed.

Then on September 25, 2019, the White House released a printed version of President Donald Trump’s phone call with Ukrainian President Volodymyr Zelensky. John Paul was shocked to hear this and realized that he was in possession of potentially ‘radioactive’ material from the laptop’s hard drive, which he still had in his possession. He recalled that the data contained hundreds, if not thousands, of confidential emails to and from unknown people in the Ukraine, China and Russia. JP thinking this enormous amount of vital information may be relevant to a federal investigation, which now might involve the President of the United States, contacted his father Mac, who lived in Albuquerque, New Mexico.

Mac was a well-respected man, known as being a decorated Vietnam Veteran, who flew gunships in Vietnam, and then continued his military service with an impeccable record until he retired as a Colonel in the US Air Force. He agreed with John Paul and offered to make initial contact by taking the data files to the FBI office in Albuquerque.

But, after discussing the potential importance of the information, he was blown off by an arrogant agent, who was uninterested, and basically told Mac to leave the office.

Sometime in mid-November 2019, as JP began thinking that the government was uninterested in the data, was surprised by two FBI agents (Joshua Williams and Mike Dzielak) from the local Wilmington office who simply walked into his shop. JP immediately offered to give them the data files from Hunter Biden’s laptop, but after a brief discussion, they again refused and left John Paul’s shop.

About two weeks later (in late November/early December 2019), the FBI finally returned to JP’s shop and took the data from Hunter Biden’s laptop computer. It is worth noting here that our hero John Paul Mac Issac, after realizing that the Federal Bureau of Investigation (FBI) had no initial interest in the data files, never considered taking it to the media or possibly a tabloid which would undoubtedly have paid big bucks for this potentially salacious information, where the source would never have to be revealed. But, John Paul Mac Issac was his father’s son, an honorable man of character and integrity who never even consider the huge payday he might otherwise be ‘entitled to’.

Never shared the incriminating data from the laptop with President Trump’s defense team.

And, then on December 18, 2019, President Donald Trump was formally impeached. And, on that day, JP knew for certain that the FBI (Christopher Wray), and by extension, the Department of Justice (William Barr) never shared the incriminating data from the laptop with President Trump’s defense team. And, in the normal course of his business, JP had made a forensic copy, an exact clone of the data from the laptop, contacted President Trump’s personal attorney, Rudi Giuliani, and arranged to give him a copy of the massive amount of data from Hunter Biden’s laptop. And, as you now know, after spending a considerable time of due diligence as an investigative prosecutor, Rudi Giuliani gave the initial story of the contents on Hunter Biden’s laptop to the New York Post. But, know now that there is much more to come—much more.

Thank God that the all-powerful social media giants wanting to crush this amazing story by sending out fools like James Clapper to make ultimatums saying that THE EMAILS ARE RUSSIAN! can no longer un-ring this bell! Every possible version of this blockbuster story is now being told by every alternate media source available, and of course that FoxNews TV host Tucker Carlson, is one of the only trusted sources who has the integrity to report the truth.

Realizing my lead off was tongue-in-cheek, it is now more important than ever to find ways to break away from the mainstream and social media and share this vitally important information with each other, to electronically share and to make sure it cannot be corrupted by powerful interests, such as the ones James Clapper referred to. Please consider this as your civic duty to share this as we know the legacy media will continually attempt to influence the outcome of our upcoming presidential election by withholding and/or corrupting these truths.

There are so many moving parts to this salacious story.

There are so many moving parts to this salacious story, but one of the most important for us to analyze is the silence of the FBI Director Christopher Wray and his boss, Attorney General William Barr. In their secretive minds, the data from the Hunter Biden laptop never existed. Thinking they were in possession of the only copy Wray and Barr made a conscious decision to hold back the files for safe-keeping, while seemingly hoping and praying that it would all go away when Joe Biden was elected president.

Thankfully, John Paul was no fool and made additional copies of the data files. President Trump should immediately call Wray and Barr into the Oval Office for a serious discussion of their plans, going forward. Then the question arises of what Nancy Pelosi knew, and when did she know it? Or what and when did Adam Schiff or Chuck Schumer know about the incriminating data found on Hunter Biden’s laptop?

We need to stop and think for a quiet moment and consider how different our world would have been had the FBI in the Albuquerque office, or for that matter possibly the agents in the Wilmington office, had been honest investigators, and as well as them having honest bosses. Firstly, President Donald J. Trump would not have been impeached, and secondly of equal importance, Bernie Sanders would have been the Democratic candidate for President of the United States, certainly not Joe Biden.

Joe Biden has been compromised by the Chinese CCP government. He is a known national security threat.

Fredy Lowe served proudly in the United States Marine Corps and the New York City police Department. He has been a citizen journalist for nearly ten years writing for Canada Free Press, Before It’s News, Conservative News & Views, Ammoland, The Post & Mail, and others.