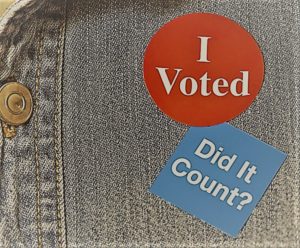 Washington State voters have been voting exclusively by mail since 2011, and mostly by mail for many years before that.  While there is substantial national attention on the problems with mail in voting (see here, here, and here for a few examples), it is still important for the many who have already filled out and delivered their ballots to verify their ballot (or if you live in King County – “ballots” plural) have been counted and received.

There are many reasons for the county auditor to reject ballots – the voter is dead, the signature doesn’t match, etc (Screen capture) 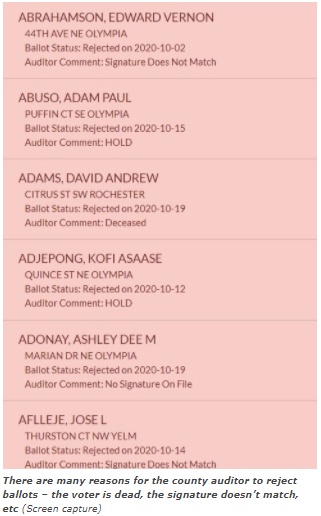 Every year, hundreds of thousands of mail in ballots are rejected in Washington State.  The reasons they are rejected vary and are legitimate, in most cases (a dead person voted, voter failed to sign, the signature does not match, maybe you voted for Trump (ok, no bureaucrat openly admits this as a legit reason) the ballot showed up late, etc)

How do you know if your vote counted?  Here is an easy place to check:

You can go to this website, see if they have received your ballot, and you can see if your ballot has been rejected (and why).  If you failed to sign the ballot or there is a problem with your signature, you have time to go in and get it resolved and fixed.  If you are a legitimate voter, a US citizen, only voted once, and are not voting in multiple states simultaneously – then you should visit your local auditor’s office (all masked up, of course) and fix the reported problem with your ballot.

Share this link with others.  It is helpful and a useful tool.

Additionally, we have several days before the election “closes” (Tuesday, November 3, at 8pm for those who are living under a rock – and if you put it in your mailbox that late, it won’t count because the USPS carrier won’t get it until the next day – if you MUST put it in the mail – do it days earlier to be semi-safe) and the endless counting (and re-counting) begins.  Unlike most states, Washington will be accepting a flood and eventually a trickle of late mailed ballots arriving courtesy of our glorious US Postal Service and sometimes the trunk of King County auditor’s vehicles or other places (see here, here, and here).  If you want less drama related to your ballot, here are some steps you can take in the meantime. Even if you are so sure your choice will prevail regardless, get your vote in now to give them a margin bigger than the trunk of a King County election’s worker trunk space:

There is a lot of drama around voting this year.  Turn out in Washington State’s primary this last August was the highest it has been on a Presidential election cycle since the 1960s.  Vote now and help remind everyone you know to vote.  Don’t wait until it is too late.

The future will belong to those who show up. 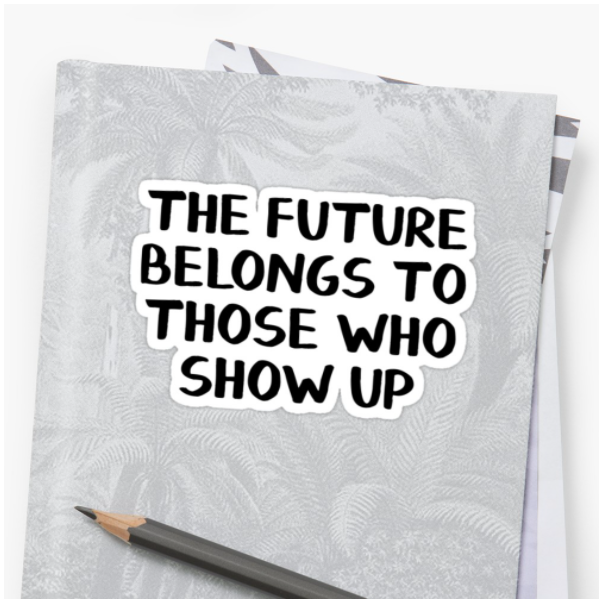 How often do US Postal Workers interfere with vote by mail elections in Washington State?