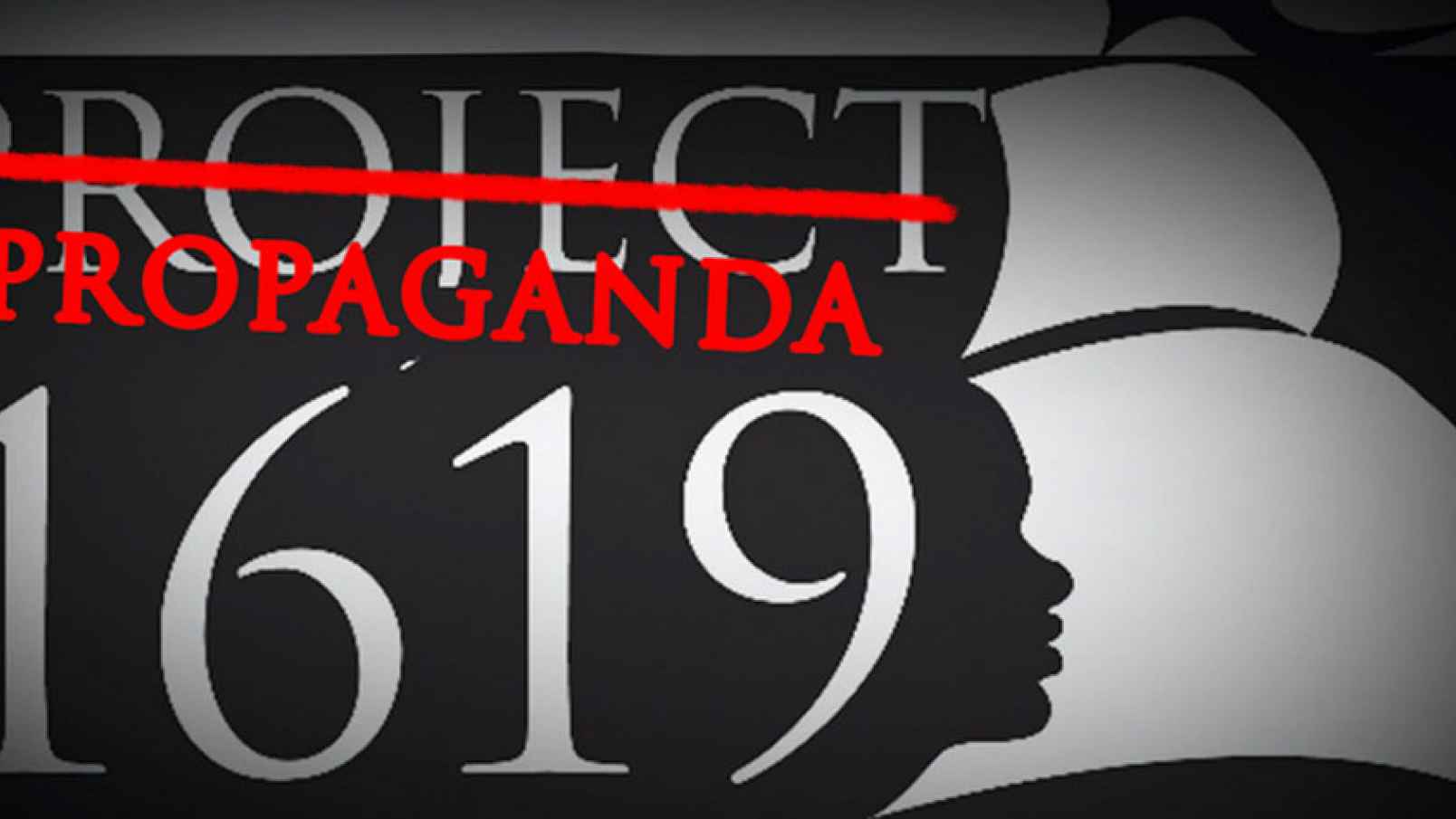 Coming on the heels of a bloody summer, much of it driven by racial­ly charged rhetoric and behavior, the new school year has begun. But not without calls to address racism. Elementary and secondary students are being primed to learn about America’s irredeemably racist past, present, and future.

The favorite resource for educa­tors is the “1619 Project.” It is a proposed curriculum being dissemi­nated by the New York Times that seeks to revise American history. According to this version, America was not founded in a revolution in 1776; it was founded in slavery in 1619.

This vision of the Founding is now working its way into school curricula across the nation. It has been formally adopted in Chicago, D.C., Buffalo, Newark, Wilmington, and Winston-Salem. Thousands of classrooms around the nation will implement this radical interpretation of American history.

The “1619 Project” is the work of Nikole Hannah-Jones. Her contribu­tion is not the result of her training: She is neither a historian nor a profes­sor. She is a journalist. And while she complains about systemic racism, Hannah-Jones, whose moth­er is white and father is black, insist­ed that no white people work with her on the Project.

Prominent historians of America’s founding have panned her work. In a letter that these leading scholars signed, they charged the “1619 Project” with “a displacement of his­torical understanding by ideology.” Pulitzer Prize winning historian Gordon Wood accused this initiative of being “so wrong in many ways.” Another winner of this prize, James McPherson, said that it “left most of the history out.”

Hillsdale College president Larry Arnn succinctly summed up the problem with Hannah-Jones’ cre­ative enterprise. The “1619 Project,” he said, is “an ideological campaign to undermine Americans’ attachment to our founding principles and to the Constitution by making slavery—rather than the principles of liberty that ended slavery and preserved our liberties for nearly 250 years—the principal focus of American history.”

Students will be taught that Africans were forcibly taken from their homeland and brought to the New World as slaves. They will not be taught that slavery has existed in every part of the globe, and that Africans were bought by Europeans from their African slavemasters; they were not captured. Nor will stu­dents learn that slavery was abol­ished in the United States in 1865, but it took until 1981 for Africa to make it illegal (it still exists in parts of Africa today).

Most important, students will not learn that the Founders could have decided to justify slavery, making no overtures toward liberty. That is what virtually every other nation has done. Instead, they crafted the Declaration of Independence and the Constitution, the net effect of which was to lay the philosophical and legal foundation for the eventual demise of slavery. The Civil War was fought precisely to realize the Founders’ vision of liberty.

No nation has made more progress in realizing equal opportu­nity than the United States. We recently twice elected a black pres­ident and have done more to end systemic racism than any other nation. One of the reasons why so many people want to come to our shores—often illegally—is because we are the envy of the world. It is our unparalleled freedom and pros­perity that draws so many minori­ties to come here. But none of this will be taught to students subjected to the “1619 Project.”

To make matters worse, the New York Times has no moral leg to stand on. The following report was sent to all schools in the six cities listed above that have adopt­ed the “1619 Project.” The version that the schools received included an introductory note.

The New York Times rolled out its “1619 Project” on the alleged racist origins of the United States with great fanfare. It would be inexcus­ably hypocritical not to include the newspaper’s own contribution to racism in classroom instructions.

The family that owned the New York Times were slaveholders. To wit: Bertha Levy Ochs, the mother of the paper’s patriarch, Adolph S. Ochs, was a rabid advocate of slav­ery, continuing a tradition set by her slave-owning uncle. She lived with her father’s brother, John Mayer (he dropped the surname Levy), for sev­eral years in Natchez, Mississippi before the Civil War. He owned at least five slaves.

Ochs’ parents, Julius and Bertha Levy, were German Jewish immi­grants who met in the South before moving to Ohio (where Adolph was born). When the Civil War broke out, Bertha wanted to be actively engaged in her pro-slavery efforts and moved to Memphis to support her Confederate-fighting brother (Julius was on the Union side).

When Bertha died, the United Daughters of the Confederacy, to which she belonged, draped a Confederate flag over her coffin. Adolph even donated $1,000 to have her name engraved on the founders’ roll of the Stone Mountain Confederate Memorial. He sent a note saying, “Robert E. Lee was her idol.”

Adolph was raised in Knoxville, Tennessee, and at age 20 he became the publisher of the Chattanooga Times. In 1900, the paper ran an editorial saying that the Democratic Party, which he sup­ported, “may justly insist that the evils of negro suffrage were wan­tonly inflicted on them.” After he purchased the New York Times in 1896, he moved to New York. When he died in 1935, the United Daughters of the Confederacy sent a gift to be placed in his coffin.

Most Americans are mature enough not to blame the New York Times today for the racist beliefs and practices of its ancestry. In doing so, they show prudence. But are they too generous in their assessment? According to the wis­dom of the “1619 Project,” they are absolutely too forgiving.

If this were all there was to the racist history of the New York Times, we could give it a pass. But we cannot. Its racist record runs deep.

The sports writers for the Times put their money on Johnson, but not before issuing a dire warning. “If the black man wins, thousands and thousands of his ignorant brothers will misinterpret his victo­ry as justifying claims to much more than mere physical equality with their white neighbors.” In other words, stupid blacks might want political, economic and social rights as well, and that would not be auspicious.

In the 1920s, after a race riot in Washington, a Times editorial waxed nostalgic, speaking about conditions prior to the Great War (World War I.) “The majority of Negroes in Washington before the Great War were well behaved,” adding that in those happy days, “most of them admitted the superi­ority of the white race and troubles between the two races were unheard of.” They wanted more than “mere physical equality.”

Also in the 1920s, Adolph Ochs invited a black singer, Roland Hayes, to lunch at the New York Times. His father, Julius, was so angry he left the building. According to Iphigene, Adolph’s progressive daughter, Julius believed that while “we love the Negroes,” it is important to “keep them in their place; they are fine as long as they stay in the kitchen.”

In 1931, in one of the most infa­mous racist events in the 20th cen­tury, two white woman accused nine black teens of rape. It turned out to be totally false. Adolph’s Chattanooga Times was quick to condemn the alleged rapists. An editorial read, “Death Penalty Properly Demanded in Fiendish Crime of Nine Burly Negroes.” The trial reporter for the paper called the defendants “beasts unfit to be called human.”

Matters did not change through­out the 1940s. The NAACP, while noting that this southern arm of the New York Times was somewhat better than its competitors, it was still “anti-Negro.” That is because the papers were in the hands of Arthur Ochs Sulzberger. While on a Red Cross tour of England during World War II, he expressed horror at the sight of black American sol­diers “fraternizing” with white women. “Rape by Negroes is just one degree worse than by whites, and black illegitimate children just one degree more unfortunate than white ones.” That is what he told General Dwight Eisenhower.

“Any school that adopts the ‘1619 Project’ as a model-has a moral obligation to inform stu­dents of the racist legacy of the New York Times.”

Arthur’s workplace policies were also tinged with racism. A Newspaper Guild survey taken in the 1950s found that of the 75,000 newsroom employees he com­manded, just 38 were black. Bad as he was, he was still better than other family members. He fought, successfully, to end the practice by the Chattanooga Times of publish­ing racially segregated obituaries.

Even though those who ran the New York Times made progress with racial relations in the 1960s and 1970s, Arthur Ochs Sulzberger Jr. said in the 1980s that the paper was “just miserable to women, miserable to blacks.”

It was miserable to blacks in another way. By championing the life of Margaret Sanger, a notorious racist, it shows, and continues to show, how much further it needs to go before its racist past is behind it.

Sanger, the founder of Planned Parenthood, referred to blacks as “weeds” and “human waste” in need of “extinction.” But to the august New York Times, she was known in 1980 as a “modern hero­ine.” At the end of the decade, she was cited as a “legendary pioneer.” In 1992, she was labeled a “strong-willed woman.” In 2006, the eugenicist was branded “coura­geous,” and in 2014 was noted as a “pioneering feminist.”

Never once did the New York Times call Margaret Sanger out for what she was—a white racist who lied to the public about her real motives. “We don’t want the word to get out that we want to extermi­nate the Negro population.” She had little to worry about—the “newspaper of record” kept the truth from the public. It still does.

It’s not just the defense of noto­rious racists that bedevils the news­paper—it has been accused of pro­moting racism in its workplace.

In 2016 two black female employees in their sixties filed a class-action lawsuit against Mark Thompson, the CEO of the New York Times Company. They argued that “deplorable discrimi­nation” exists in the workplace. “Unbeknownst to the world at large,” their deposition says, “not only does the Times have an ideal customer (young, white, wealthy), but also an ideal staffer (young, white, unencumbered with a fami­ly) to draw that purported ideal customer.”

For all of these reasons, any school that adopts the “1619 Project” as a model to discuss the history of racism in the United States has a moral obligation to inform students of the racist legacy of the New York Times. Not to do so would be intellectually dishon­est. If we are to have a national conversation about race, we must tell the truth about the role that this newspaper has played in contribut­ing to racism in the United States.