Collaboration Is Not In The Constitution

Collaboration Is Not In The Constitution

The Western Governors Association (WGA) is regional, comprised of 19 western states, Samoa, Guam, and Northern Mariana Islands, with invites to Canadian Premiers.  Governor Brad Little is the 2021 Vice Chair.  Established in 1984, the purpose is to “focus bipartisan policy development, information exchange and collective action on issues.”  Other activities include advancing Western states roles in the federal system, strengthening the social and economic fabric of the region, and developing policy and carrying out programs in the areas of natural resources, the environment, human services, economic development, international relations and state governance.  WGA also has a 501(c)(3) Foundation in which former governor Butch Otter serves, and a Western Governors University.

However, in a September 25, 2020 Patty Limerick interview with WGA Executive Director Jim Ogsbury, titled Lunch with Limerick – “Bipartisanship Happens”, it was exposed that not only is this regional group in violation of constitutional state sovereignty, it also violates citizen representation, distorts the Idaho governor’s sworn oath to uphold the Idaho and U.S. Constitution, and how our tax dollar is improperly used. 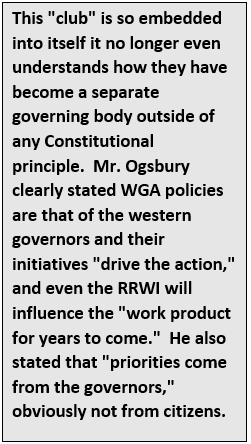 Following the perfunctory introductions and Mr. Ogsbury talking about his 18 year stint with the federal government, he went on to describe the WGA as a “the most collegial, collaborative, bipartisan, thoughtful group.”  Why would they not be, they all hold the same ideology and use tax payer dollars for their fun.  Idaho citizens have no ideological similarities to Colorado, Guam, Oregon where half the state wants to escape to Idaho, or any other state in the WGA.  One can skip these introductions by starting at the 9:45″ mark.

Mr. Ogsbury further explains the WGA as being the only group of elected officials pursuing bipartisan public policy, while at the same time the WGA governors stressing their “agreement” of “state sovereignty” such as telling the federal government it needs to use state data in the Endangered Species Act.  The truth is, WGA likes the federal government so much they created a resolution, “Strengthening the 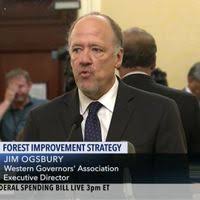 State-Federal Relationship” via a 1999 executive order that shreds state sovereignty just by the mere fact that the federal government powers are “limited and enumerated” according to U.S. Constitution Article I, Section 8.  Mr. Ogsbury thinks the beauty of the WGA is its ability to leverage their “collective influence” to change federal policy.  Congress is where elected congressional representatives are intended to act together as “the people’s representatives” and for states, not in a separately formed, collective group of governors.

By his own admission, when a southern state wanted to join the WGA, Mr. Ogsbury stated the governors had “no desire to expand the club.”  That’s right Mr. Ogsbury, the WGA is nothing more than a good old exclusionary boys and girls “club.”  Yet, Tribes are allowed in because of their sovereignty, but no citizens, the ones who should be represented. 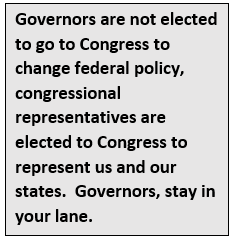 Now here comes a really doublethink part.  Mr. Ogsbury states they “don’t spend a lot of time in state legislatures” because they don’t work on state issues or state policy because of “respect” for state sovereignty and autonomy.  They don’t spend time with elected citizen representatives or work on state issues or policy?  This flies in the face of North Dakota Governor Doug Burgum’s Reimagining the Rural West Initiative (RRWI) which implements part of the United Nations Agenda 2030 objectives, in which it seems all WGA states are adopting, and other initiatives such as Oregon Governor Kate Brown’s initiative for an Electric Vehicle Roadmap which would be across several states.

Everything WGA works on affects the individual states!  How can there be any state sovereignty or autonomy when they are getting together and making decisions that have a “collective influence” to change federal policy regarding states?  Governors are not elected to go to Congress to change federal policy, congressional representatives are elected to Congress to represent us and our states.  Governors, stay in your lane.

This “club” is so embedded into itself it no longer even understands how they have become a separate governing body outside of any Constitutional principle.  Mr. Ogsbury clearly stated WGA policies are that of the western governors and their initiatives “drive the action”, and even the RRWI will influence the “work product for years to come.”  He also stated that “priorities come from the governors,” obviously not from citizens.  The WGA takes its policies to Congress and develop implementation strategies for states, in spite of the not working on state policy claim, all done without any citizen involvement. 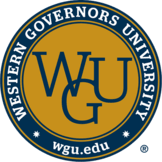 Mr. Ogsbury describes some WGA “major achievements” such as the Western Governors University, where they can indoctrinate young adults on their philosophy of bypassing Constitutional principles with collective consensus and collaboration.  Another is the National Integrated Drought Information System, a memorandum of understanding with the NOAA, and the National Forest and Rangeland Management Initiative which doesn’t seem to be working out so well given this year’s devastating fires.

Some of Mr. Ogsbury’s “favorite” WGA experiences included former Governor Otter’s trail ride to teach outsiders about public lands by “getting on the back of a horse” which again hasn’t seemed to work.  They still don’t understand that using the environment through logging, grazing, and recreation is what protects it, we have only seen more destruction without those activities.  Hey WGA, how about inviting just citizens to these types of activities, the people you are supposed to represent?  Citizens will tell you what their priorities are which are separate for each state.

The WGA holds meetings twice a year where they get together in fun filled locations to “share comradery”.  New “elaborate” presentations are created each year to introduce new governors, which has now become an expectation.  In the video Mr. Ogsbury even sang a personalized rendition of how new governor’s biographies were given.  Instead, why not hold biannual meetings with citizens that elected you to represent them, maybe take the time to listen to them, and a song could be sung that describes what the Constitution says? 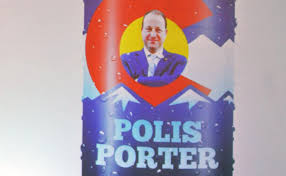 The WGA has even initiated a book project through its WGA Foundation to “memorialize” its accomplishments and “leadership”.  Reunions are also held as if they were a high school graduation class.  Another activity being sought is creating beer labels for each governor, the next step is actually producing those beers.

By Mr. Ogsbury’s description, we now have bipartisan governor representation, not a citizen representative government as a Republic.  The WGA has now expanded its involvement in policies on socio-economic, trade, and healthcare issues, focusing on these efforts with “technical experts”.  How about using the multitude of technical experts of Idahoans instead? 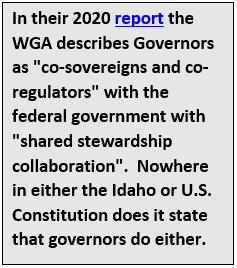 In 2018 the Idaho Office of the Governor gave $36,000 of your tax dollars to the WGA, #181, page 3.  Now, in 2020, it seems it is necessary to double that amount to $79,575.00.  However, it isn’t only the Office of the Governor that pays the WGA, the Departments of Agriculture, Commerce, Office of Species Conservation, and Department of Lands are also forking over your money for some sort of training.  Guess more money is needed for those out of town parties but it doesn’t seem to separate out who is paying for those luxury visits.  Bottom line, Idahoans are not paying taxes to fund the good old boys and girls club to plan parties to play or make decisions between them about Idaho lives.

It is also very clear who WGA represents with their large, often international, corporate sponsors, with invites to meetings, lunches, workshops, and webinars.  As Greta Thunberg would state, “How Dare You,” how dare you undermine our Constitutions, mock and exclude those who elected you, collectivize decisions within yourself, and use our tax dollars for fun.  Instead of climate change which Greta is imploring about, it is our Constitutions that we are imploring you to uphold as you swore to do in your oaths of office.

In their 2020 report the WGA describes Governors as “co-sovereigns and co-regulators” with the federal government with “shared stewardship collaboration.”  Nowhere in either the Idaho or U.S. Constitution does it state that governors do either.  Governor Little, as a reminder, here is what the Idaho Constitution states is your role, which does not include any of the activities in which you are involved, collective decision making, expanding your club to create universities, or beer production.  Mr. Ogsbury, you and the other governors might want to take note that you are in an ivory tower of insulated thinking and that sir, needs to change.