The ongoing LGBT invasion of public schools is accelerating, despite being dangerous to children and based on flawed arguments, explained veteran educator and former New Jersey Department of Education official Dr. Felecia Nace. The whole process is being driven by greed, she warned.

“That is in addition to the LGBT curriculum that is now in every single classroom, including English and math,” she said. In addition to New Jersey, four other states including California and Illinois have adopted mandatory LGBT lessons, but this will be spreading out across the nation strategically.

“The only opt out from this is to take your children out of the school,” she continued during her talk at Camp Constitution 2020 in New Hampshire.

While the media is pretending that “civil-rights” leaders and organizations support this, Dr. Nace said that was fake news. Instead, in New Jersey, the press quotes “Garden State Equality,” which is an LGBT lobbying organization. “This is not a civil-rights organization,” said Dr. Nace, who is black.

Children are also being taught that they should expect to get a venereal disease in their lives, she said, pointing to Planned Parenthood.

Meanwhile, some states still have statutes forbidding the promotion of homosexuality to children in school, which she described as “no pro homo” laws. Dr. Nace suggested this could help protect children from the indoctrination.

The LGBT invasion is based on phony arguments, too. For instance, one key argument is the claim that LGBT individuals are being “bullied” or are facing widespread violence. But aside from the childish teasing that is routine and always has been among young children, that is ridiculous.

“There was even a homosexual celebrity actor who had to fake being beat up,” she said. “That is how few instances there are, that they have to make them up.”

On the other hand, peddling homosexuality and transgenderism to children can have very dangerous consequences. “These LGBT students have the highest suicide rates, and that’s a fact,” she said, urging attendees to resist the agenda to homosexualize and confuse America’s youth.

Dr. Nace also blasted the excuse that promoting “diversity” by public schools requires this. “Your household is as diverse as the United Nations,” she said. “Each of your children and each of the people in your household has a unique personality — nobody needs to be taught diversity.”

But worst of all, the agenda is about exploiting children for greed and making money, said Dr. Nace. Numerous interests are profiting, including textbook publishers, “medical” interests involved in putting children on hormones, and others.

“Many of these children that get trapped into transitioning to a new gender end up having to de-transition, and this all leads back to Big Pharma,” she said. In short, by getting children hooked on hormone “therapies” and “gender transition” mania, the pharmaceutical companies are creating life-long customers.

Another former New Jersey teacher in attendance shared her own story during the Q&A. Other teachers in the school walked around during the tests and pointed to the right answers, which she refused to do. Incredibly, school leadership officials scolded her for the lower — but honestly achieved — scores.

“It’s a devlish nightmare, and I experienced it,” said the teacher, Edith Craft.

More and more insiders from within the system are starting to blow the whistle. Unfortunately, though, the establishment press refuses to tell parents and taxpayers the truth. 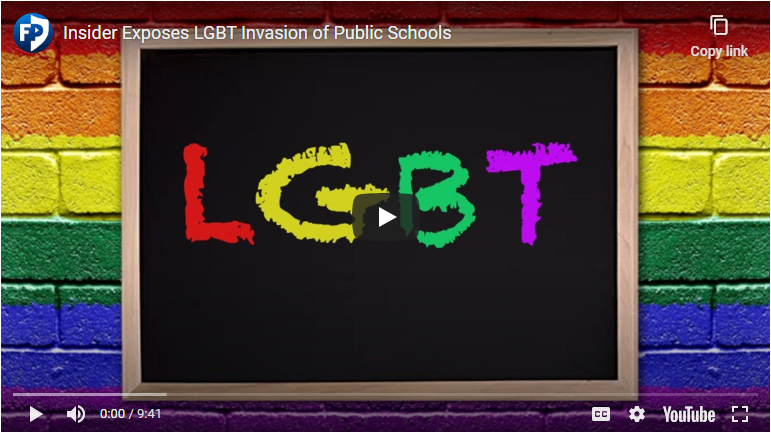