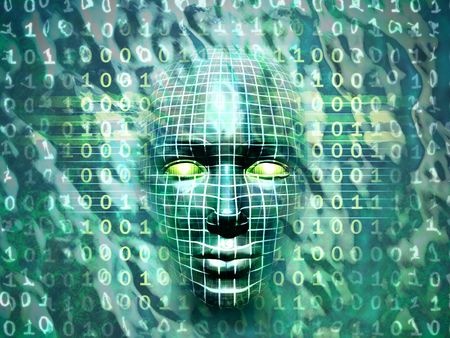 In the late 19th century, John D. Rockefeller created the Standard Oil Company that at one point refined around 90 percent of oil sold in the United States. He achieved this through ruthless business practices that bought out or bankrupted competitors. The “Titan” became the wealthiest man on the planet. It was all legal at the time.

Today, large technology companies are cornering the market of information and on-line advertising in increasingly ruthless fashion for profit and societal influence.  It always comes back to power.

By the early 20th century, public policy concerns about monopolistic control of a vital industries led to new laws and judicial rulings that broke up Standard Oil and other big business trusts into several smaller companies.

In the early 21st century, Google (which owns YouTube), Twitter, and Facebook, among several Big Tech companies, are threatening Americans’ First Amendment right to free speech, and their livelihoods. Google dominates digital advertising platforms and has more than 90 percent of the search engine market share worldwide.

The latest prominent example of censorship was Google’s demand that The Federalist and ZeroHedge websites shut down their public comments section, which included views disagreeable to Google, including about Black Lives Matter. Refusal would result in Google banning the sites from its advertising platform.

“Comments” from website readers often are very objectionable, but are not those of the host organization. Since Google dominates web advertising, the sites were in a financially vulnerable position to obey. In fact, Google dropped ZeroHedge while The Federalist complied for the time being by removing its public comments.

YouTube last April removed videos of two doctors who challenged the efficacy of economic shutdowns to mitigate the spread of the coronavirus – a challenge that has held up. Google still deemed their views unworthy of public consideration. Facebook, to its credit, retained the videos, yet imposes its own censorship, such as removing certain campaign ads and blocking organizing efforts to protest Covid lockdowns.

Big Tech censorship has become so commonplace, it’s passed the point of shocking. Google, YouTube and Twitter are deleting messaging with which they disagree under the canopy of “hate speech” or “misinformation,” which can be highly subjective. Hate speech is indefensible, but how long before that label is used to silence mere political viewpoints, religious doctrine or scientific findings that depart from Big Tech’s orthodoxy? Answer: it already is occurring.

[A] function of free speech under our system of government is to invite dispute. It may indeed best serve its high purpose when it induces a condition of unrest, creates dissatisfaction with conditions as they are, or even stirs people to anger. Speech is often provocative and challenging.

Arthur Terminello, the defendant, made a controversial speech that included bigoted statements against Jewish people. Justice Douglas was not agreeing with him; rather, he affirmed his First Amendment rights as the court overturned Chicago’s “breach of peace” ordinance that banned certain speech.

Censorship should be no less permissible when a monopolistic private company in cyberspace imposes it (rather than a government entity), even as it enjoys legal immunity for posting any content.  The weapon against hate speech should not be the slippery slope of censorship, which has inchoate boundaries, but more speech to counteract and overwhelm falsehoods and bigotry.

It’s bad enough for a prominent newspaper media outlet like the New York Times to rule out publishing an issue objectionable to its snowflake reporters. But, the Times is not a media monopoly; there are oodles of other options to access news and opinion. As a news junkie, I long ago expunged the Times from my snack bowl.

Will the government break Google’s monopoly, or eliminate its immunity from lawsuits for posted content? The Department of Justice and state attorneys general are reviewing the possibly. Meanwhile, Google is playing for keeps in the political sandbox as Congress members of both political parties defend the company.

If any entity, a government or monopolistic private company, can abridge First Amendment rights of citizens or organizations and nothing is done to stop it, the Constitution itself becomes a dead letter, an abstraction. Then it gets more ugly, especially if you’re on the “wrong” side of the passions of the moment.