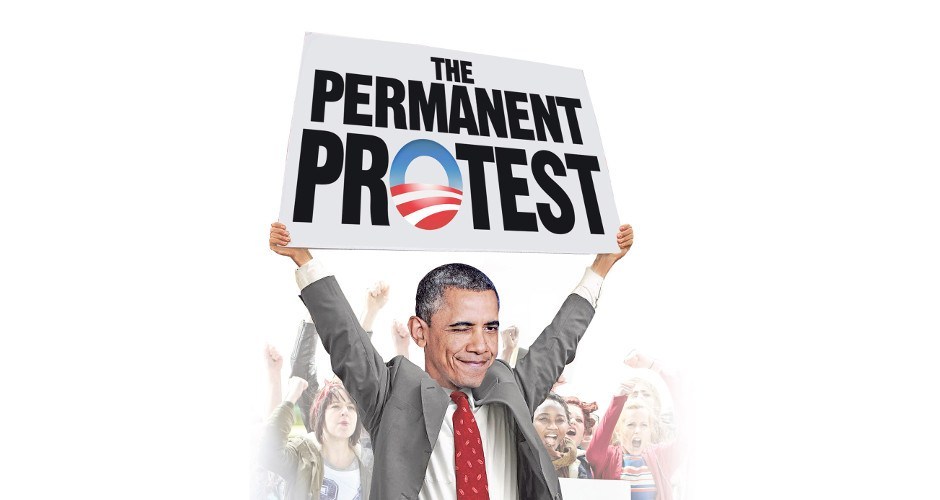 ‘Organizing for America’ (OFA) is the platform for the most dangerous man in American politics, our former Liar-in-Chief, failed ex-President with the socialists’ mouth that won’t shut up, the Trojan Horse President with no records to show for prior to his presidency and lastly a man with a legacy he can’t run from as a result of his presidency. Would you believe it actually pains me to use the detestable name of a guy I loathe so much, so I’ll just refer to motor mouth as BO.

Well BO landed himself a sweet gig from ‘Daddy Warbucks’ Soros and his minions. States Paul Sperry of the New York Post, “Organizing for Action is drowning in money, by nonprofit standards.

Wikileaks states, “The formation of Organizing for America was announced by then-President-Elect Obama on January 17, 2009.[3]

“Organizing for America was a community organizing project of the Democratic National Committee.[1][2][dead link] Initially founded after the presidential inauguration of Barack Obama, the group sought to mobilize supporters in favor of Obama’s legislative priorities, particularly health care reform. Eventually, the organization played a role in the midterm elections of 2010. Later, it became the grassroots arm of Obama for America. After Obama’s second inauguration, it was reorganized as Organizing for Action and returned to its previous mission of organizing around the President’s agenda.”

From Perry’s report, ‘How Obama is scheming to sabotage Trump’s presidency,’ “When former President Barack Obama said he was “heartened” by anti-Trump protests, he was sending a message of approval to his troops. Troops? Yes, Obama has an army of agitators — numbering more than 30,000 — who have been fighting his Republican successor at every turn of his historic presidency. And Obama commands them from a bunker less than two miles from the White House.” 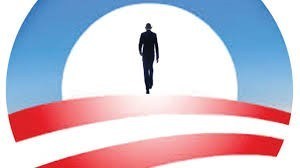 As FrontPage reported, Obama has rented a $5.3 million, 8,200-square-foot, walled mansion in Washington’s Embassy Row that he is using to command his community organizing cadres. Michelle Obama has joined the former president there as did the Obama Foundation. To stay on track, Obama wanted his former labor secretary, Tom Perez, to win the chairmanship of the DNC in a party election which he won. “It’s time to organize and fight, said Perez who appears to be gaining on front-runner and jihadist Rep. Keith Ellison (D-Minn.). “We must stand up to protect President Obama’s accomplishments,” adding, “We’re going to build the strongest grassroots organizing force this country has ever seen.”

Also, from another Perry article, ‘How Obama is bankrolling a nonstop protest against invented outrage‘ “The senseless protests we’re seeing break out on the campuses of the University of Missouri, Yale and other colleges, as well as on bridges and highway overpasses and outside police stations, are precisely the kind of thing Obama was trained to organize while attending leftist agitation schools founded by Chicago communist Saul Alinsky. He learned to a fare-thee-well how to “rub raw the sores of discontent.”

“These irritating, self-absorbed, belligerent brats will “hands-up, don’t shoot” themselves into every cobwebbed corner of society. 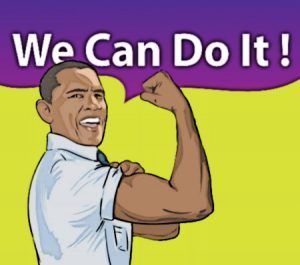 “Now Obama is returning the favor of his Alinsky masters, training and cloning an army of social justice bullies to carry on his revolution to “fundamentally transform America.” He’s doing it mainly through a little-known but well-funded group called Organizing for Action, or OFA, which will outlast his administration.

“OFA, formerly Obama for America, has trained more than 10,000 leftist organizers, who, in turn, are training more than 2 million youths in Alinsky street tactics.

“In addition, Obama has trained hundreds of thousands of junior agitators through AmeriCorps, a Clinton youth program he’s dramatically expanded, and through My Brother’s Keeper, the “racial justice” initiative he launched in the wake of the 2012 death of Florida teen Trayvon Martin. My Brother’s Keeper agitates for “school discipline reform” — that is, touchy-feely alternatives to suspensions and expulsions — and other measures to “improve outcomes for boys and young men of color.”

“All three of these federally sponsored projects have crossover with the Black Lives Matter and Occupy Wall Street movements, both of which Obama embraces. They share manpower and resources, as well as radical agendas, while coordinating activities with nonprofit ACORN clones, who are being secretly bankrolled through Justice Department subprime settlement funds extracted from banks.

“In what’s shaping up to be a highly unusual post-presidency, Obama isn’t just staying behind in Washington. He’s working behind the scenes to set up what will effectively be a shadow government to not only protect his threatened legacy, but to sabotage the Trump administration and its popular “America First” agenda.

“It will be aided in that effort by the Obama Foundation, run by Obama’s former political director, and the National Democratic Redistricting Committee, launched by Obama pal Eric Holder to end what he and Obama call GOP “gerrymandering” of congressional districts.

WELL PAID, PROFESSIONALLY TRAINED AGITATORS ARE THE NAME OF THEIR GAME

Mitchell Shaw reported in his New American magazine article, ‘Trump “Protests” Manufactured by Leftist Elites and Manned by Professional Protesters,’ “Beginning in late October 2016, ads for paid protesters began appearing on Craigslist in  Pittsburgh, Boston, Columbus, Denver, Philadelphia, and other cities. The ads, which were all carbon copies of each other, read:

“Each ad carried a phone number to call, which was answered by either a Google Voice messaging system or a voicemail belonging to the Community Outreach Group (COG), a for-profit organization formed by Planned Parenthood as “a vendor of large-scale advocacy,” according to a report by Fox News. While the ads were placed before the election, they are still active, which may indicate that the group is still funding protests.

“Other leftist organizations have placed similar ads, according to Fox News. MoveOn.org placed a Craigslist ad that said, in part, “We only want protesters under the age of 30…. We prefer minorities.” In other words, the optics are better if the streets are filled with black and brown young people carrying ready-made signs and chanting prepared slogans. Washington Community Action Network posted an ad on Craigslist offering $15 an hour. Some protesters later told Fox News that they were recruited by the ad. Again, the ad reads, in part, “Students, women, and minorities are urged to apply.” It appears that since a sufficient degree of outrage — that which would lead those young minorities to take to the streets on their own — could not be drummed up; it had to be manufactured. And hired out.

“Taking the arrestees as a sampling, it appears that 70 percent of the “protesters” have no one but themselves to blame for being dissatisfied with the election results, since they did not participate in the basic function of citizenship by voting in the election. Of course, if they were among those who were being paid for their “participation,” their lack of an “I Voted” sticker makes much more sense. It was simply not a job requirement. If that is the case — and it is likely, given the facts — then their motivation was at least partially monetary.

“The money — coming from Planned Parenthood, George Soros‘ MoveOn.org, Washington Community Action Network, and other leftist organizations — has helped create a false image that these protests are the spontaneous actions of angry, scared, young voters who are pushing back against a system that they see as targeting them. In reality, it is the very leftist organizations behind these “protests” that are targeting the participants. Once arrested, they will have criminal records. The organizations behind the lawlessness will simply “move on” to the next event.”

States Matthew Vadum at CanadaFreePress.com in his article ‘Obama’s Shadow Presidency,’ “On its website, the group claims that there are “5 million Americans who’ve taken action” with OFA, and that those individuals “are part of a long line of people who stand up and take on the big fights for social justice, basic fairness, equal rights, and expanding opportunity.” Among its key issues are “turning up the heat on climate change deniers,” comprehensive immigration reform (which includes mass amnesty), “telling the stories of the millions who are seeing the life-saving benefits of Obamacare,” fighting for “a woman’s health care” which is “a basic right,” and redistributing wealth from those who earned it to those who didn’t.

“Former U.S. Rep. Bob Edgar (D-Penn.), sounded the alarm about OFA in 2013, suggesting the group was dangerous to democracy. “If President Obama is serious about his often-expressed desire to rein in big money in politics, he should shut down Organizing for Action and disavow any plan to schedule regular meetings with its major donors,” he said as president of the left-wing group Common Cause. “Access to the President should never be for sale.”

“With its reported promise of quarterly presidential meetings for donors and ‘bundlers’ who raise $500,000, Organizing For Action apparently intends to extend and deepen the pay-to-play Washington culture that Barack Obama came to prominence pledging to end,” Edgar said. “The White House’s suggestion this week that this group will somehow be independent is laughable.”

“But Edgar’s admonitions were ignored and since then Organizing for Action has thrived and grown rich, just like the Obamas.”

All who understand what America’s values are truly about are fed up with these in our face blatant disruptions and interferences with our liberties. These paid anarchists need being legally dealt with. Many of the anti-Trump rioters appear not only to have violated state laws against rioting and inciting to riot, but also federal law against the same crime and those responsible for starting fires and committing other acts of violence and public disturbance should be prosecuted under applicable federal law as well.

Where our police, prosecutors and judges are is the question? National Guard? Mayors and governors need to man up, or I should say Patriot UP and get ‘er done!

Then BO’s funding needs being dealt with.

See:  Stop Paid Anarchists by Cutting off the Head