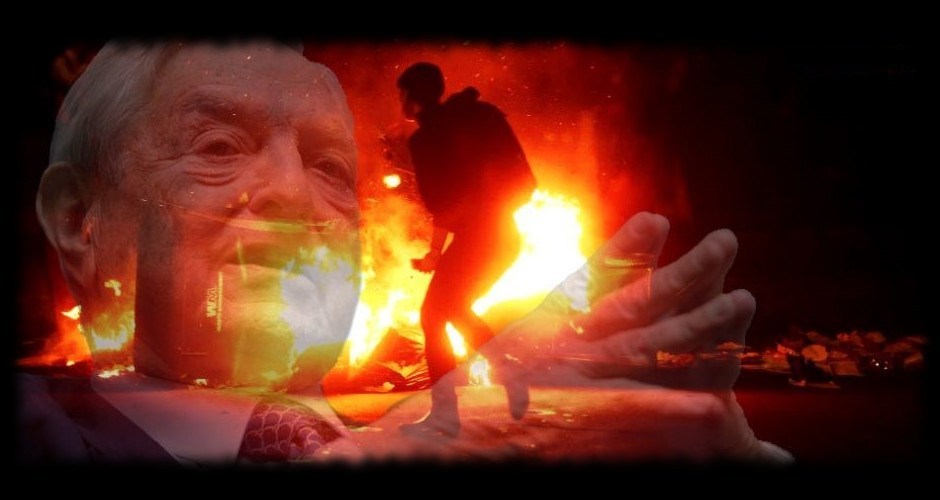 Almost nothing infuriates us more than having something blatantly stolen from us. Like having our peaceful existence and freedoms stolen from us by young street violent anarchist thugs who are in our face interrupting our natural and lawful rights and breaking things.

Even worse than the anarchists’ violations of our liberties and damaging our property is that they are being not only encouraged to keep up the civil unrest exhausting our nation but actually are now hired by and professionally taught to do so by a former President of The United States.  See the article on Obama’s plans to stop Trump and socialize America with Organizing for America, his huge organization of over 30,000 paid anarchists and plans to open offices in over 250 cities across America.

“Chronic social irritation can do lasting damage to the fabric of a nation. By falsely accusing people of racism . . . or sexism . . . or homophobia . . . or Islamophobia — or whatever other “ism” or phobia they come up with next — these agitators are creating angst and hatred in people’s hearts that wasn’t there previously. 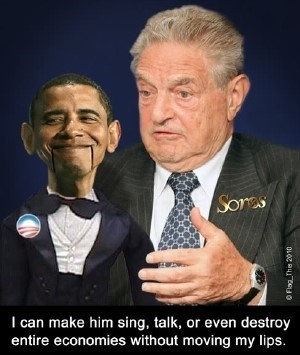 “But maybe that’s the objective. As Alinsky advised Obama and other young radicals: ‘A revolutionary organizer must shake up the prevailing patterns of lives — agitate, create disenchantment and discontent with the current values [until] masses of people have reached the point of disillusionment with past ways and values. . . . The time is then ripe for revolution.’” – Unquote from the New York Post’s Paul Sperry in his article, ‘How Obama is bankrolling a nonstop protest against invented outrage, ‘

Our nation will probably endure this miserable wrath, but shouldn’t have to endure it. There are plenty of laws being broken and not being enforced. What is that about? It appears mayors and governors (usually Democrats) are all in politically with their support? Why aren’t all sheriffs enforcing their laws? Where were they at the 2017 UC Berkley riot that had 150 masked agitators injuring at least 6 people and causing $100,000 worth of damage on the campus after depriving Breitbart editor Milo Yiannopooulos of his 1st Amendment right to speak?  Why did Portland police stand down and witness last July’s debacle seriously injuring journalist Andy Ngo?

The November 2018 Trump protest in Chicago is a prime example of how protestors are so efficiently mobilized. See: Video of the buses stretching five city blocks.

WELL THERE IS A NEW ‘BIG SHERIFF’ IN EVERY TOWN 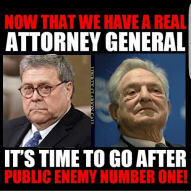 ‘Big Sheriff’ is an extreme figure of speech. Of course, our local sheriff has complete autonomy for jurisdiction in his county. But for the purpose of my figure of speech, I’ll refer to our wonderful new Attorney General of the U.S., William Barr, as the big sheriff for the federal government and he is no wallflower political hack like previous puppets of the deep state. Given time to get established and get his confident team in place, he will probably deal with violations to Federal Laws. Local laws are going to come down to county sheriffs finding their patriotic backbones, unlike the passive sheriff who shirked his jurisdictional responsibility by deferring to the Feds which resulted in the Feds murdering LaVoy Finicum in Grant County, Oregon. See: Here

CUTTING OFF THE HEAD STOPS THE FUNDING TO THE ANARCHISTS

Stopping the funding stops the paid street stooges who haven’t much of an idea about anything but repeating the mantra they hear and are told to rant, that we are all fed up with. The stooges, their placement via buses, their signs, and their professionally orchestrated actions largely dissolve away when the money is gone. Grounds for arrest and prosecution must be identified and the pursuit of justice begun.

States senior editor of The New American magazine, William F. Jasper in his article ‘George Soros’ War on America: Time to Prosecute the Billionaire’s Global Crime Spree,’ “Many of them, no doubt, were hired in response to the advertisements for paid anti-Trump protesters that appeared on Craigslist and other media in Seattle, Portland, Chicago, Pittsburgh, Boston, Denver, Philadelphia, New York, and elsewhere. Many of these “spontaneous” protests/riots would not have occurred without organized efforts involving hundreds of buses transporting thousands of protesters/rioters, many of whom appear to have traveled across state lines.

“Many of the anti-Trump rioters, then, would appear not only to have violated state laws against rioting and inciting to riot, but also federal law against the same crime. Specifically, the rioters could be (and should be) charged under Title 18 U.S. Code § 2101, which provides

“(2) to organize, promote, encourage, participate in, or carry on a riot; or

“(3) to commit any act of violence in furtherance of a riot; or

“(4) to aid or abet any person in inciting or participating in or carrying on a riot or committing any act of violence in furtherance of a riot….

“Shall be fined under this title, or imprisoned not more than five years, or both.

Law Enforcement and Prosecution Must be Demanded

“Obviously, the anti-Trump rioters who were arrested for starting fires and committing other acts of violence and public disturbance should be prosecuted under applicable state laws, and those who traveled interstate to do the same should also be prosecuted under federal law as well. But what about the organizers of the riots, those who hired the rioters and transported the perpetrators across state lines to engage in this criminal activity? Are they not also culpable under the “aid and abet” provisions cited above? Are they not also liable for prosecution under the federal conspiracy statute (18 U.S. Code § 371) which provides:

“If two or more persons conspire either to commit any offense against the United States, or to defraud the United States, or any agency thereof in any manner or for any purpose, and one or more of such persons do any act to effect the object of the conspiracy, each shall be fined under this title or imprisoned not more than five years, or both.” 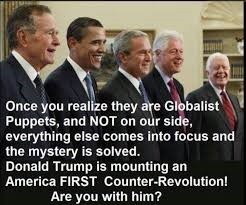 I might add that Obama’s ‘Organizing for America,‘ (OFA) needs taking down along with the Soros group of funders and organizational heads whose clandestine goal is the overthrow of our system. Courtesies to an ex-President be damned!  Obama’s corruption and many machinations and sealed records have been overlooked and tolerated for too long. He is blatantly an outright anti-American with questionable past with no previous records to show for except his sorry legacy that he can’t run from. Identify his illegal transgressions and bust him. He’s creating a strong new legacy for himself, a very deceitful one that is all evil. Saul Alinsky would be proud.

If all this is not enough, go to 157 linked Examples of Barack Obama’s Lying, Lawbreaking, Corruption, Cronyism, Hypocrisy, Waste, Etc. which are excerpts from a grand total of a list of 1,063 such transgressions.

All we need are law enforcement and Constitutional prosecutors and judges to, as Barney Fife would say, ‘NIP IT IN THE BUD!’

Wrongdoers have brought upon the People an evil day:

“It will be an evil day for American Liberty if the theory of a government outside supreme law finds lodgment in our constitutional jurisprudence. No higher duty rests upon this Court than to exert its full authority to prevent all violations of the principles of the Constitution.” Downs v. Bidwell, 182 U.S. 244 (1901).

Wrapping this up is a quote from the Daily Caller article ‘The ‘Anti-Fascist’ Fascist:’  “Soros reflects the type of base amoralism that is more characteristic of fascism and Nazism than of the forces that defeated fascism and Nazism. His anti-fascist pose camouflages deep affinities between Soros and the Nazis, in the same way that antifascist groups today closely resemble the Blackshirts of fascist Italy and the Brownshirts of Nazi Germany.  Soros and the left’s self-styled antifascism is a fraud because there are no fascists they are fighting.  The only fascism that is recognizable in their actions is their own.