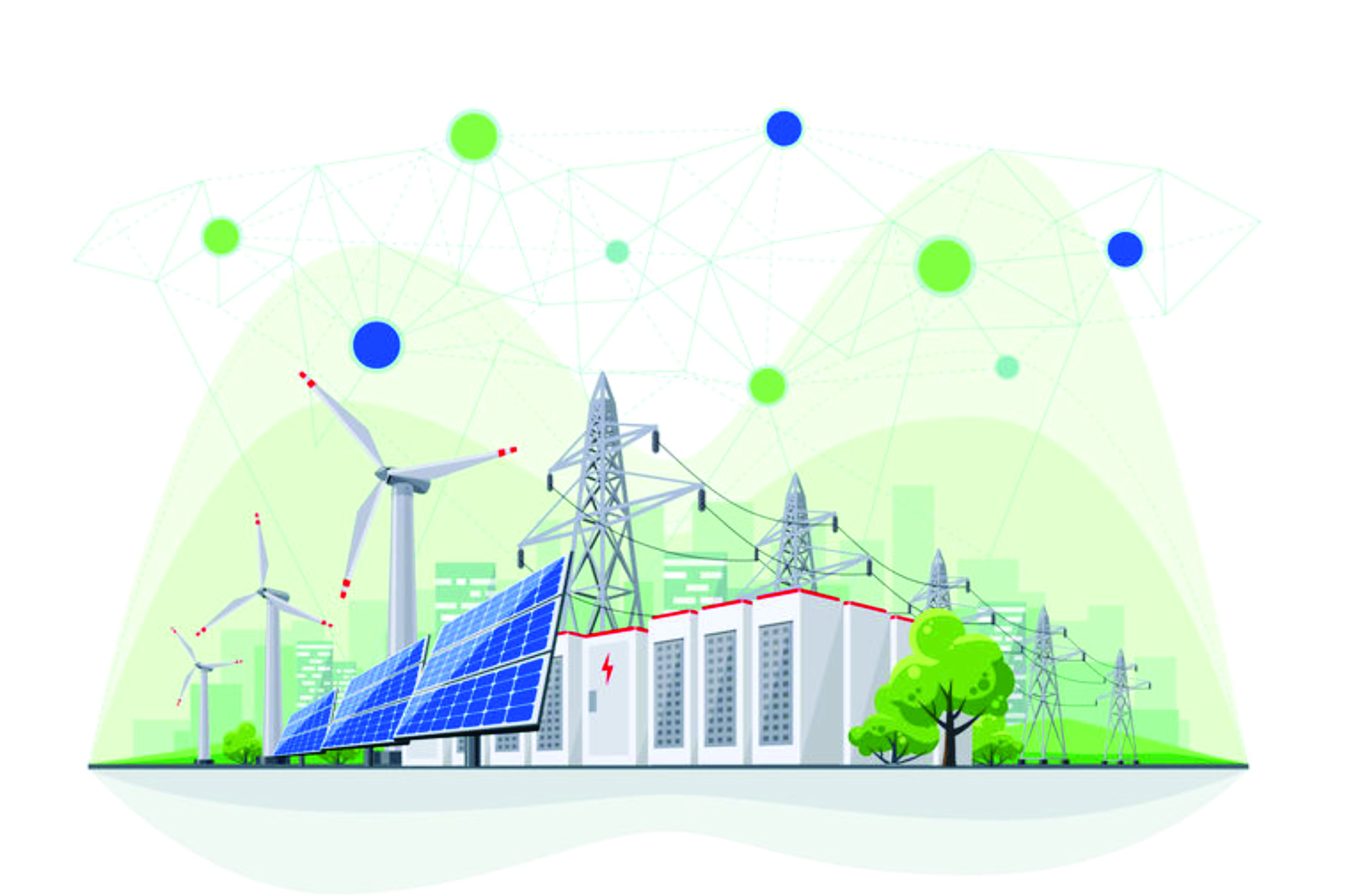 In Part One we established a Rule of Thumb for electrical engineering which states: All Solar and Wind Power on an Electric Grid Must Be Backed Up With an Equal or Greater Amount of Fossil Fuel Power Running on Standby 100% Of The Time.

There are those who claim that one day these intermittent sources will be backed up by batteries, which is the claim of the solar plant to be built in the Mohave Desert 30 miles NE of Las Vegas. In a future article we will explain with simple arithmetic why this can never happen at any affordable costs based on the laws of physics. For now we want to address the claims that have lead to the distorted interest in solar and wind power.

Daily academia, the press/media, the CO2 industry, and politicians sound the alarms with headlines screeching:

But when science and reality bite, they bite hard. The field of energy has never had a shortage of folks with crazy ideas. We have all heard stories of supposed perpetual motion machines, but most of us are smart enough to recognize that they do not and can not exist. However, because we all also see the wind blowing and the sun heating, it appears that gaining useful energy from them should be both possible and relatively inexpensive. After all we have long used the wind to sail boats and grind grain and the sun to heat a multitude of things. Producing electricity however with an intermittent source of power is another thing that very few people understand. Those who are proposing I such power tend to benefit from the government subsidies given by politicians who have absolutely no understanding of how power plants must work. 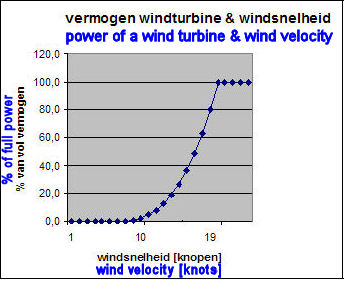 of self-deception and self-aggrandizement. He said, “I always make one prayer to God, a very short one, ‘O Lord, make our enemies quite ridiculous!’ God granted it.” Yet it seems we will be forever battling a great deal of this ridiculous ignorance. This three part series will hopefully strike a blow for common sense about energy production with little need to tax a readers understanding of math or engineering. The production of electricity is complex when one needs to understand how a generator creates electric power but it is simple when we just leave the machinery where a turbine is turned inside magnetic coils.

[i] So here are some headlines that are not covered by the shrilling media:

What is happening? Where are all those benefits, they promised us? In the first segment, we introduced our rule of thumb shown at the beginning and end of this article, worth repeating again: We will now use the Netherland’s Schiphol wind plant[v] as an example and walk through the significant factors to demonstrate the accuracy of our rule of thumb.

Let us first explain the two most common electric power plants. A Simple Cycle plant burns fuel, normally natural gas or coal to create steam to turn a turbine that generates electricity. A more efficient plant uses a combined cycle of a natural gas turbine and a steam turbine using waste heat from burning the gas to power a second generator.

Figure 2 shows the bucolic image presented to the public/press. In reality, the substance is the fossil-fuel part assuring the delivery of the needed base-load of 500 Megawatts. This is optimum efficiency assuring no brown outs or blackouts, and with minimum CO2 and pollution. Then when the wind is blowing in the favorable speed range of 8 to 25 miles per hour (Figure 1), wind power is brought online, and the fossil fuel plant is then cycled down and modulated from its ideal 100% to just 80% to take into account the 100 Mega Watts being supplied by the wind. As the wind speed varies the fossil fuel plant output can go back and forth between 80% and 100% .

As background information, a typical Gas-Fired, Combined-Cycle, Gas-Turbine Plant, will have a thermal efficiency around 60%, and the modern ones are approaching 70%. But when the same plant is trimmed down to the Simple Cycle mode, meaning no steam power from waste heat, the efficiency is cut by more than half, and the CO2 and pollutants go up. The steam part is eliminated in order to insure stable output of the electric grid.

Spinning Reserve: The plant is required to maintain a constant energy output 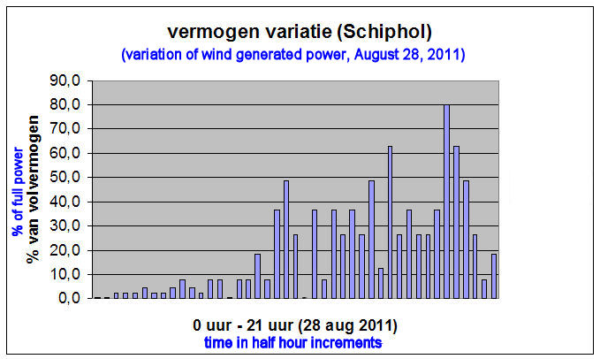 (500MW) and 50-Hz frequency, but the wind speed and forces are constantly changing, and a Combined f Cycle plant cannot react fast enough, but a Simple Cycle plant can. The Simple Cycle can cycle up and down to synchronize the output power and frequency needed by the grid (see Figure 3). But it comes with a major reduced thermal efficiency from the mid-60s to mid-20%. Thus, it increases the fossil-fuel burn and increases the production of CO2 and pollutants. To more easily understand this just think of your automobiles gasoline mileage on the open road versus stop and go city driving.

Three strikes and you are out. STIKE-1) In the first segment, we demonstrated that wind or solar plants would likely never recover the energy that it took to build and install them while foisting great damage on our little blue planet. STRIKE-2) in this second segment, we demonstrate that these green machines produce no net energy for the grid. STRIKE-3) we demonstrated the extensive ecological damage inflicted by building these monstrosities AND adding insult to injury, with no reduction in fossil fuel burned, and with increased levels of CO2 and pollution.

Back to Michael Moore. In the latter parts of the documentary film, PLANET FOR THE HUMANS, Michael and Jeff Gibbs express grave concerns about the over-population of the Earth, seven-billion and growing. They opine; we are running out of room, running out of resources, running out of farmlands, how will we ever feed our population? We are already short on water like the Colorado River never reaches the Pacific Ocean anymore. So, the discussion fades from Anthropogenic Global Warming to the Anthropogenic Population Alarm, and Michael and Jeff are ill-equipped for this discussion.

Fortunately, we are well equipped to answer the challenge. In the third and concluding segment of this series, we demonstrate how, through the magic of fossil-fuels and nuclear power, humanity has already solved the pseudo-crisis of global overpopulation. All efforts to convert to wind and solar power, while impossible in any case, would surely head the world toward the problems Moore and Gibbs so improperly fear.

[i] A HITCHHIKER’S JOURNEY THROUGH CLIMATE CHANGE, https://www.amazon.com/Hitchhikers-Journey-Through-Climate-Change-ebook/dp/B086R49RS6/ref=sr_1_1?dchild=1&keywords=a+hitchhiker%27s+journey+through+climate+change&qid=1587476127&sr=8-1