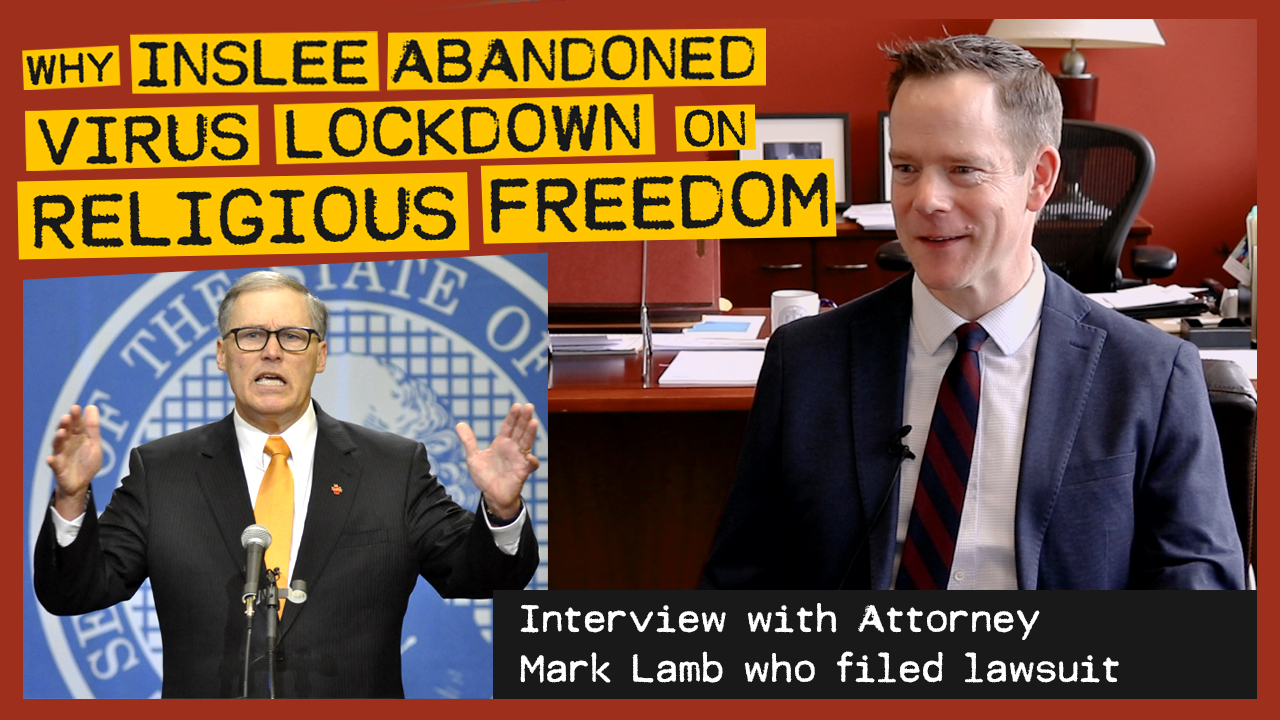 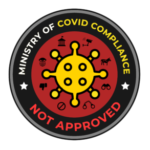 Please note, this interview, video, and article are NOT approved by the Ministry of Covid Compliance.  I am certain that if Washington State Governor Inslee felt he could suspect all free speech in Washington State via emergency proclamation, this would be one of the many videos and articles on this site which would be banned.

I recently interviewed attorney Mark Lamb, who represented Republican candidate Joshua Freed in a recent Federal lawsuit against Washington State Governor Jay Inslee challenging Inslee’s proclamations restricting the freedom of religion as a response to the Corona Virus (for a list of the lawsuits recently filed against Governor Inslee – go here).   This is an interesting insider’s perspective on this lawsuit and the fact that Governor Inslee backed down from enforcing his proclamations.  It is helpful to listen to knowledgeable people about this litigation and understand the significance this lawsuit has in regards to religious freedom in Washington State.

Additionally, this video also has some interesting insight from Mark towards the end of the interview in regards to his representation of the Snohomish County Sheriff who is facing a recall effort, and his personal interaction with Governor Inslee when Inslee was in Congress. (Full Disclosure:  Mark Lamb has represented this author in legal cases in the past). 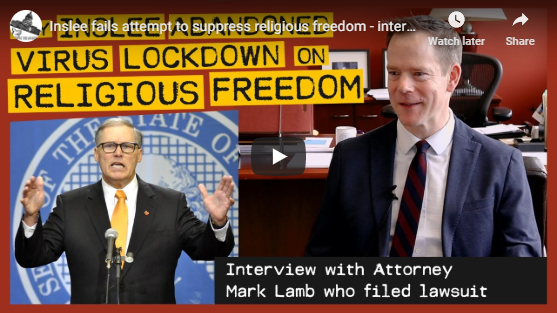 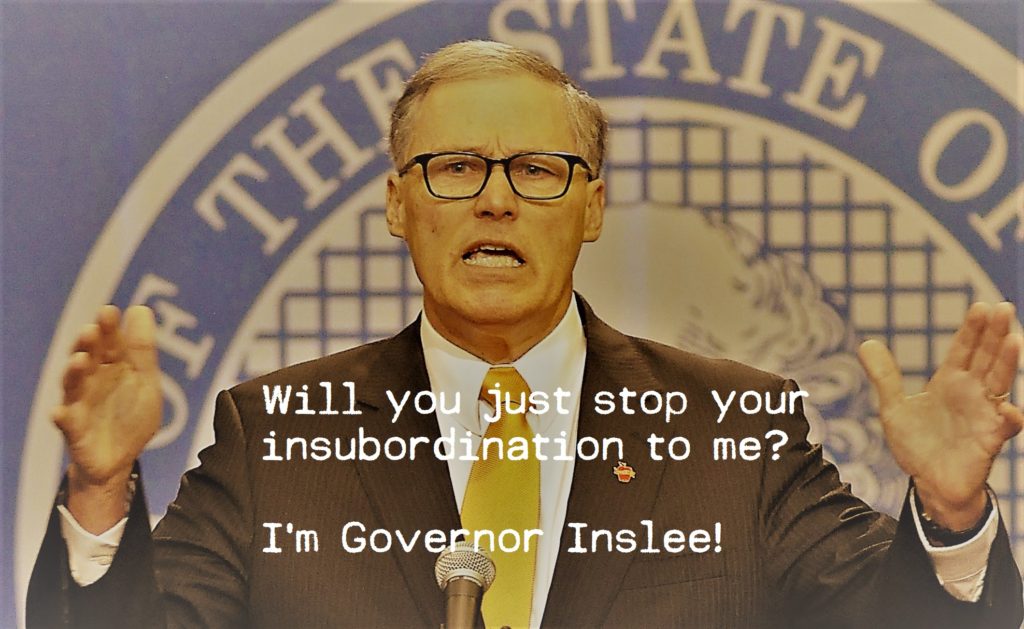 Inslee is angry at the people for being so darned “insubordinate”