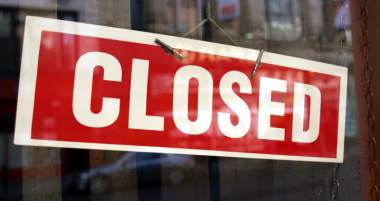 Does the Wuhan coronavirus’s fearsome reputation greatly exceed its reality? A Stanford University study indicates that this is precisely the case, finding that the disease’s mortality rate may be lower than that of the flu.

Stanford epidemiologist John Ioannidis, co-director of the university’s Meta-Research Innovation Center, warned two months ago that the COVID-19 lockdowns were based on bad data and consequently could be ill-advised. But now he has compiled his own data indicating that the lockdowns may actually be, as many have warned, a cure deadlier than the disease. As the Spectator reports:

Much of the [pandemic] panic dates from the moment, in early March, when the World Health Organization (WHO) published a mortality rate of 3.2 percent — which turned out to be a crude “case fatality rate” dividing the number of deaths by the number of recorded cases, ignoring the large number of cases which are asymptomatic or otherwise go unrecorded.

The Imperial College modeling, which has been so influential on the UK government, assumed an infection fatality rate (IFR) of 0.9 percent. This was used to compute the infamous prediction that 250,000 Britons would die unless the government abandoned its mitigation strategy and adopted instead a policy of suppressing the virus through lockdown. Imperial later revised its estimate of the IFR down to 0.66 percent — although the March 16 paper which predicted 250,000 deaths was not updated.

In the past few weeks, a slew of serological studies estimating the prevalence of infection in the general population has [sic] become available. This has allowed Prof John Ioannidis of Stanford University to work out the IFR in 12 different locations.

There’s variation among the above IFRs, some of which is easily explainable. For example, Geneva has a relatively old population, and the elderly are highly vulnerable to the virus.

The point, however, is that since the flu’s IFR is said to be between 0.1 and 0.2 percent, the Stanford study’s upshot is that the Wuhan virus may be less deadly than that common disease. Of course, it may be somewhat more deadly, too, and it certainly appears more contagious. But here’s what’s left unsaid:

The bottom line is that the virus doesn’t constitute a Last Man on Earth or even a Black Plague in Europe (circa 1350) type of threat. Moreover, underlining the gross irresponsibility and malpractice of most Western leaders and the “experts” who have their ears, there was never at any point reason to believe it did.

Even early data out of Italy, which has a graying population, showed that 99 percent of the virus deaths involved those with comorbidities and that the deceased’s average age was 79.5. Of course, while the nation’s data might have changed somewhat since then, the basic picture would be the same — except that a more recent study indicates that possibly only 12 percent of Italy’s supposed “Wuhan virus deaths” were actually caused by the virus.

This isn’t to say the disease should be taken lightly or that it isn’t deadly to some, and its American death toll does now approach 94,000. But the flu is the deadliest virus in history and, as I’ve often illustrated, certain influenza pandemics have claimed many more American lives, especially when adjusted for population increase.

Yet we never locked down the nation over the flu. Oh, sure, “Better safe than sorry” was the idea this time. But how was quarantining almost an entire country — an untried method fraught with risk and contrary to even some heath departments’ guidelines — the “safe” route?

It isn’t and wasn’t, and this was always knowable — and known. For example, the Illinois Department of Public Health’s guidelines for controlling contagious diseases, published in 2015, state that mass quarantines in a situation such as our current pandemic are not effective and would cause unacceptable economic damage.

This has been affirmed by research showing that lockdowns not only don’t save lives, but actually cost lives (one study found they’d cause 29 times as much death as the pandemic) because economic destruction leads to poverty- and stress-related disease and death long term.

Moreover, Sweden, South Dakota, and other places that either never locked down or “reopened” weeks ago are doing as well or better than shut-down countries and states. Conclusion?

Politicians have likely destroyed the economy for nothing.

Even more inexcusably, the unprecedented lockdown strategy was based on the advice of failed, incompetent scientists. Exhibit A: The “Imperial College modeling” the Spectator mentioned was conducted by Neil Ferguson, nicknamed “Professor Lockdown.” When Ferguson, who’d not long before been infected with the Wuhan virus, was caught earlier this month violating his own lockdown measures by having his married paramour over to his apartment, he call it an “error of judgment.”

But while that’s putting it euphemistically, it wasn’t his only one. Ferguson — who’d scared everyone silly claiming that 2.2 million Americans could die of the Wuhan virus — also had predicted in 2005 that 200 million could perish worldwide from the bird flu.

That’s off perhaps even more than Ferguson’s morality. Note, though, that he also erred badly with his mad cow disease predictions.

Speaking of madness brings us to our own Ferguson, virus task force advisor Dr. Anthony Fauci. His predictions approach a long-term weather forecast’s accuracy (he may be against a course of action before he’s for it. Video below). 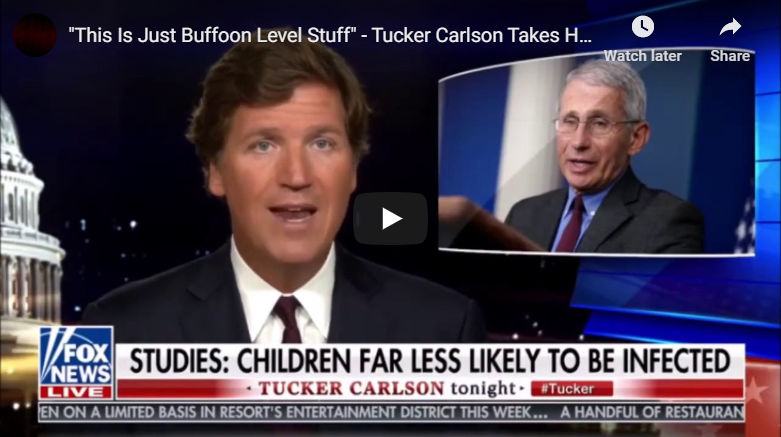 But who’s worse, the schlimazel who just made his 17th consecutive mistake or the schlemiel who still listens to him the 18th time? Many of our politicians and their taxpayer-funded experts are guilty of gross negligence, and what should be the price for possibly crashing a civilization?

All I know is that Bernie Madoff visited economic destruction on far fewer, and he’s sitting in a prison cell.