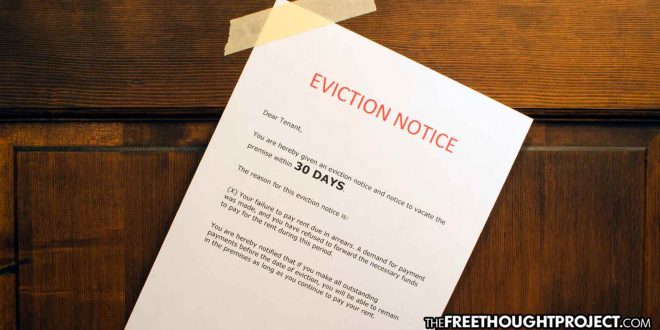 Oklahoma City, OK — Since March, unemployment across the country has reached record and potentially catastrophic numbers. In the entire country, a record 38.6 million Americans have filed for unemployment during the pandemic. That corresponds to nearly 25% of the entire United States labor force. While many of these folks are receiving unemployment from state and federal government, many others are not.

Millions of Americans — who watched states close non-essential businesses, subsequently crushing their careers — cannot even access unemployment benefits, according to the Economic Policy Institute. While some of these problems have been remedied, for others, collecting unemployment insurance was never an option.

Business owners who were unable to obtain an SBC loan or other forms of COVID-19 government subsistence have been frantically fighting to reopen their business as they watched their life savings go up in flames. The Free Thought Project has reported on multiple instances in which people unable to obtain government support have tried to reopen their businesses to support themselves, only to leave them in handcuffs. It’s a catch-22.

Of those millions of jobless claims in the United States, over a quarter million of them were in the state of Oklahoma. With a population just under 4 million, 275,000 unemployed residents is massive. While some of these folks have likely sought out and found jobs to support themselves and their families, others have likely endured conditions which may have prevented them from doing so.

As a result of the state shutting down the economy, these unemployed resident of the state have been unable to pay their bills, including their rent and house notes. Now, in spite of the fact that this record spike in unemployment was a function of the state’s COVID-19 measures, Oklahoma is taking action in the form of evictions.

On their Facebook page this week, the Oklahoma County Sheriff’s Office announced that they will begin physically evicting residents unable to pay their bills. It reads as follows:

We know that this will be difficult, but want to give as much notice as possible regarding OCSO deputies serving eviction notices.

Deputies will start serving judicial eviction orders this week, and enforcing evictions on May 26, 2020.

We understand how tough times are currently for many as a result of the health crisis the past few months, but we must enforce orders issued by the courts. Once the order is served tenants have 48-hours to leave the premises of the residence they are renting/leasing.

Please, if you are set for an eviction hearing, attend. Make your case to the judge, the only person who can determine your case.

Civil process, and our issuing evictions is mandated by state law:

We will be compassionate, and respectful during scheduled evictions. We are hopeful that everyone issued an eviction will be able to make living arrangements.

Now, as the inevitable effects of the government’s shutdown order crash the economy and force people to choose between eating and paying their rent, that same government is going to start kicking them out of their homes.

See how that works?

As banks and other large corporations across the country receive hundreds of billions in Federal money — ensuring a lifetime of debt for future generations — Joe Sixpack on Main Street, USA is told to kick rocks.

No one here is advocating for people to be able to squat and exploit this situation to get out of paying their house note or rent. However, that is not the case here. While grocery stores and fast food restaurants are hiring, other businesses are told they must operate at 25% capacity or remain closed entirely. This is hardly sustainable when it comes to maintaining a decent work force with substantial pay.

Unfortunately, this is likely the beginning of an economic snowball that will continue to grow as the next few months roll on. As TFTP has predicted from the beginning, the shutdown of the economy will have lasting consequences, unprecedented in nature, and that will be here for a long time. As this case in Oklahoma and countless other ones illustrate, the government’s promise of “safety” almost always ends in human suffering.