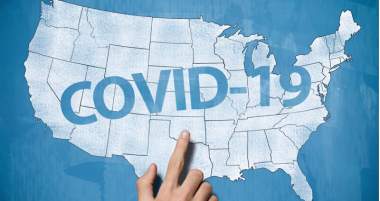 Three state legislators in South Carolina are pushing the state’s speaker of the House to reconvene the General Assembly immediately, hoping to limit the damage being done to the state through the shutdown executive orders of Governor Henry McMaster.

In their letter to the speaker, they wrote that “more South Carolinians are being hurt by the government-imposed shutdown than by Covid-19 itself.”

One of the three — Representative Stewart Jones — said limiting or ending the governor’s power to shut down virtually all economic activity is “what we’ve got to do to stop the governor’s executive orders. They have just snowballed and just have continued.”

I really have to ask: who are we to decide what’s essential and non-essential? To every single person who has a paycheck, that paycheck is essential.

In Louisiana, following Governor John Bel Edwards’ extension of his state’s shutdown until the middle of May, some state legislators are working to rally support for a simple written petition of a majority of either the House or the Senate, which would be enough to override the governor’s extension.

In Illinois the governor’s emergency powers are spelled out in the state’s Emergency Management Agency Act. But it so poorly written that it is turning out to be essentially meaningless, even though Governor J.B. Pritzker has eagerly been flexing his presumed authority. Pritzker’s initial proclamation, on March 9, triggered 30 days of emergency powers. Then, at a daily briefing last week, the governor announced that he planned to extend Illinois’ stay-at-home orders through the end of May. That’s because there is nothing in the law limiting the number of disasters the governor can declare.

And it could be extended indefinitely: “I do not see how we are going to have large gatherings of people again until we have a vaccine, which is months and months away. I would not risk having large groups of people getting together anywhere.”

It’s turning out to be a rationale that governors are delighted to exploit to put in place lockdowns that legislators are unable to remove before the economic damage becomes catastrophic. Consider the lamentable orders of Michigan Governor Gretchen Whitmer, who has banned the sale of “nonessential” items such as furniture, carpeting, and paint. The ban even applies inside stores that are otherwise allowed to remain open. As Dan McConchie, an Illinois state legislator, noted: “It remains unexplained how cherry picking what customers can and can’t buy at Home Depot limits the spread of a coronavirus any better than, say, simply limiting the number of shoppers allowed in at any one time.”

The governor is so enamored over her newfound supposedly unlimited powers that she has threatened to veto any measure limiting her powers coming from the state legislature.

McConchie expressed his frustration with his own state governor’s edict:

Even under [Gov. Pritzker’s] latest Executive Order I can visit Target to buy furniture, Walmart to buy clothing or my grocery store to buy flowers. But I can’t go inside a furniture store, a clothing store or a florist shop, even though those stores could easily adopt the same safety measures.

In 41 states there are no limits on gubernatorial power during an emergency and in 19 of them legislators have no ability to block any excessive exercise of those powers.

Legislators in Delaware, Kentucky, Pennsylvania, and Utah have introduced bills to curb such gubernatorial power. Many others are looking at Oklahoma as an example to follow. In the Sooner state, when Governor Kevin Stitt declared an emergency in early April, the legislature approved but subjected him to certain limits, and iterated its power to approve any extensions beyond 30 days after the first declaration. In addition, the legislature retains the power to suspend the governor’s authority at any time.

All of which contains a lesson that unfortunately has to be learned over and over: Unless restrained and limited by checks and balances, governmental power will continue to expand until it becomes tyrannical.