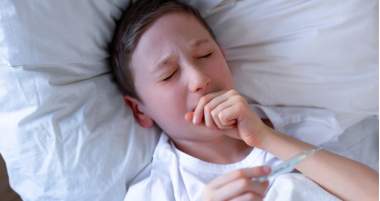 A new study conducted by 17 medical professionals, most of whom are connected with Stanford University, concluded that, based upon initial data, the fatality rate of the coronavirus is no worse than the seasonal flu, and likely, once additional tests had been conducted and analyzed, even lower.

The first inkling that concerns over the virus were vastly overblown was an article written by two of the 17 in the Wall Street Journal in late March:

If it’s true that the novel coronavirus would kill millions without shelter-in-place orders and quarantines, then the extraordinary measures being carried out in cities and states around the country are surely justified.

But there’s little evidence to confirm that premise — and projections of the death toll could plausibly be orders of magnitude too high. [One order of magnitude overstates the fatality rate by a factor of 10.]

Fear of Covid-19 is based on its high estimated case fatality rate — 2% to 4% of people with confirmed Covid-19 have died, according to the World Health Organization and others.

So if 100 million Americans ultimately get the disease, two million to four million could die.

We believe that estimate is deeply flawed. The true fatality rate is the portion of those infected who die, not the deaths from identified positive cases.

In other words not everyone who gets infected develops the disease. Not even close. The difference is “between an epidemic that kills 20,000 and one that kills two million” wrote the doctors. “If the number of actual infections is much larger that the number of cases — orders of magnitude larger — then the true mortality rate is much lower as well. That’s not only plausible but likely on what we know so far.”

What they did know was published on April 11. After testing some 3,300 people in Santa Clara County, California, the “number of confirmed positive cases in the county was 956, 50-85-fold lower than the number of infections predicted by this study.”

This translates into an infection death rate of between 0.12 percent and 0.2 percent, far lower than predictions that the death rate of the virus would be between 2.0 and 4.0 percent, with the WHO predicting a death rate of 3.4 percent.

A week later Andrew Bogan, one of the 17, summarized the report’s finding, also in the Journal. The results of the study suggest “that the large majority of people who contract COVID-19 recover without ever knowing they were infected, and that the U.S. infection fatality rate may be more than an order of magnitude lower [less than one-tenth of original predictions] than authorities had assumed.

Those “authorities” also assumed powers never granted, overriding common sense, destroying wealth, and infringing on precious rights, all in the name of fighting a virus that, according to these medical professionals, is now turning out to be no more virulent than the flu.

If policy makers were aware from the outset that the COVID-19 death toll would be closer to that of seasonal flu than the millions of American deaths predicted by early models dependent upon inputs that now look inaccurate, would they have risked tens of millions of jobs and livelihoods?

This writer asks a different question:

After the best economy in history, the lowest unemployment in decades, China finally being put in its place on trade, and America and Americans being, for the first time in years, put first, how is it possible that somebody in a small village in China ate a bat and we suddenly have a worldwide pandemic that is destroying our economy, with an election coming up?

If additional studies now underway confirm the study’s conclusions, then it is hoped that the American people will discover that they have not only been lied to, but have also been manipulated in such a way as to give government vastly more control over their lives than few could have imagined. If that hope is fulfilled, then the old saying “Fool me once, shame on you. Fool me twice, shame on me” will serve as checks against those unconscionable and unconstitutional infringements.