Democrats Want to Use Pandemic to Change Election Laws 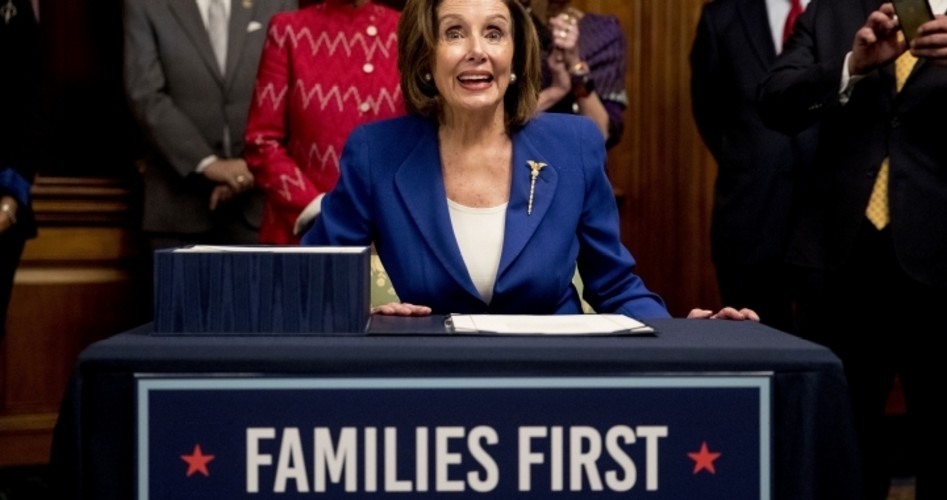 Democrats Want to Use Pandemic to Change Election Laws

Fearing that the American electorate was becoming more conservative, and certainly more Republican, in the 1960s, Democrats — led by the Kennedys — pushed increased immigration as a way to increase votes for their candidates. Not content with that tactic alone, Democrats also favor changes in the election process that will increase their party’s vote totals. They also oppose any changes in law, such as Voter ID statutes, that might reduce vote fraud and thus Democrat vote totals.

Even the recent coronavirus pandemic is now seen as an opportunity to increase the chances of Democratic candidates being declared the “winner” of more elections. As Rahm Emmanuel, former chief of staff for President Barack Obama, said so bluntly, “Never let a crisis go to waste.”

As government edicts, ostensibly to fight the COVID-19 pandemic, continue to bring the recently roaring U.S. economy to a halt, most Americans have expressed rising concerns that shuttering “non-essential” businesses will cause many small business owners to lose their businesses, and the employees of such small businesses to lose their jobs. When Congress met recently to discuss legislation to provide relief to the economy, Democrats saw a chance to slip their political agenda into the bills.

House Speaker Nancy Pelosi (D-Calif.) even held up the recently passed relief bill in an attempt to enact some of this agenda. “Vote by mail is essential to protecting the future of our democracy as we confront this public health crisis. There is no legitimate argument against enacting it.”

Oh, but there most certainly is. First of all, the founders of this country did not establish a democracy, but rather a republic. Their goal was to protect life, liberty, and property, not to just make sure that the will of the majority prevailed. Voting was a way to determine who would pass, enforce, and apply the laws that would ensure that liberty would prevail. Voting and democracy was certainly not an end in itself.

Secondly, the founders created a federal republic, not a unitary democracy. It was their intention to leave most governmental matters to the states, with the common government — which the states created — doing those things that could best be done together, such as foreign policy and national defense.

States are quite able to conduct elections. They do not need aid from, or supervision of those elections by, the federal government. A person does not become wiser by living in the Washington Beltway. And the only money Congress would to spend on election reform comes from the people of those states in the first place.

Senator John Cornyn (R-Texas) recognizes what Pelosi and her fellow Democrats are trying to do —increase the number of votes in the Democratic column. The Democrats “want the federal government to take over elections, but historically those have been handled at the state level,” Cornyn said, according to Politico. He added that, if voters “can go to the grocery store, they can go to the polls.”

If anyone had any doubt that this concern about whether the pandemic is not about making sure that Americans can still vote despite the coronavirus, knowing that Marc Elias, Hillary Clinton’s former campaign attorney, is behind much of this push to federalize elections should remove all doubt. It was Elias’ law firm — Perkins Coie — that hired Fusion GPS to conduct the firm’s anti-Trump work on behalf of both Clinton’s 2016 presidential campaign and the Democratic National Committee. It was from Fusion GPS that the so-called Russian dossier emerged that spread the lie that the Russians colluded with Donald Trump to win him the election over Clinton.

Keeping this in mind — that Elias is a highly partisan Democrat, as is Pelosi — it is not surprising that the election-law changes he is proposing would strongly favor Democrats. No one can seriously think that Elias and Pelosi would want changes that would hurt the chances of the Democrats.

Elias tweeted that his “5 rules for states to protect Voting in Person” include providing of adequate staffing at the polls, expanding the use of curbside voting to all ages, allowing early voting on weekends, adopting a “vote anywhere” rule, and create a system for voters to vote during non-peak times to reduce lines.

“There is no question that voting by mail is an important part of the solution. It mitigates the problems of long lines and fosters social distancing,” Elias said. He favored “free” postage to vote, and provide that “community organizations” to “help collect and deliver voted, sealed ballots.”

In other words, Democrat community organizations would “harvest” ballots, by traveling around and collecting ballots from known Democrat voters.

Curbside voting — where a voter remains in his or her car while poll workers come to them — should be allowed for all voters, not just those who are disabled, Elias argues. He also wants those who show up at the wrong polling place to vote to be able to go ahead and vote “anywhere.” Again, if Elias thought all of this favored Republicans, it is extremely doubtful he would be so enthusiastic about it.

Perhaps the worst idea sometimes floated is that of Internet voting. Everyone who knows anything about computers knows that Internet voting could lead to massive voter fraud on a broad scale. It would be impossible to determine if the votes have been counted accurately, as there would be no “paper trail” to follow. Optical-scan ballots blend the best of both worlds. Paper ballots are fed into a machine that count the votes immediately, but the paper ballots provide a check on a machine malfunction, or even deliberate fraud. But Democrats are more about making it easier to vote than making sure that elections are conducted fairly. Otherwise, they would not oppose Voter ID laws so strenuously.

Senator Amy Klobuchar (D-Minn.) has said that she wants to include removing state requirements that voters present an excuse to vote absentee in the next “relief” package that Congress enacts. She did not explain where in the U.S. Constitution Congress is given the power to order a state to change its election laws to follow her concept of what constitutes a fair election.

Such decisions should be left to the states, but using the excuse of a virus, the Democrats want to federalize elections to their benefit.

Steve Byas is a university instructor of history and government, and the author of History’s Greatest Libels. He may be contacted at byassteve@yahoo.com.