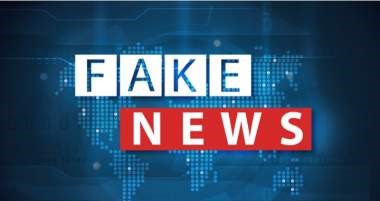 Napoleon Bonaparte once said that history “is a series of agreed upon myths.” And it appears the Associated Press has agreed upon its own, manipulating the Wuhan virus pandemic timeline in order to damage President Trump.

To wit, the AP wrote just yesterday that as “the first alarms sounded in early January that an outbreak of a novel coronavirus in China might ignite a global pandemic, the Trump administration squandered nearly two months that could have been used to bolster the federal stockpile of critically needed medical supplies and equipment.”

Perhaps this reflects the Common Core method of compiling history, but it’s not reality, avers American Thinker. Correcting the record, the site writes:

On January 14th, the corrupt World Health Organization (WHO) [which has become a mouthpiece for China] claimed there was no human to human transmission of the coronavirus.

So much for alarms going off in early January. If you gave WHO’s message credence (and therein lies the truly big mistake), it seemed that as long as you didn’t eat bats you would be fine.

A week later, WHO said there may be sustained human to human transmission. Despite this suspicion, a couple of days later, the organization refrained from declaring the virus an international emergency.

Meanwhile, at the end of the month, on January 26th, Dr. [Anthony] Fauci said the risk to Americans was low, that there was nothing to be worried or frightened about, and that we were prepared.

Again: So much for early January alarms.

On January 31st, despite WHO’s position and Fauci’s proclamations, President Trump ordered travel restrictions from China — a decision that caused outrage on the left.

It did more than that: Leftists actually accused Trump of Racism™. Reflecting this, Senator Bernie Sanders (I-Vt.) said on March 9 that if he were president, he would not close the border in response to the virus.

But there was even more leftist fiddling. “Fast forward a couple of weeks to mid-February, and, in contradiction to social distancing recommendations, Fauci said there was no need to avoid going to Chinese restaurants,” American Thinker continues. “During the latter half of the month, Pelosi and de Blasio did their own virtue signaling by going to the Chinatowns in their respective cities to eat, walk around in large crowds, and shake hands, while urging others to do the same.”

As for NYC health officials, they were more attentive to “woke” racial politics — allegedly being concerned about “stigmas” and “prejudice” — than to fighting disease.

Then, American Thinker also points out:

In summary, China lied, WHO lied, our so-called experts in government may not be as expert as we’d like, and “time was squandered by the CDC, not the president,” writes American Thinker.

Of course, the buck stops with who’s in charge. Yet with our “divided” government and balance of powers, this is not just the president.

Remember that continuing into February was the impeachment effort, which was designed partially to distract Trump from advancing an agenda. Perhaps many things would be better right now if, instead of making it all politics all the time, the Democrats actually tended to the nation’s business and the mainstream media focused on our real problems.

(We can also thank these two entities for sensationalizing the virus pandemic after first pooh-poohing it.)

Moreover, while Trump is technically the head of the government’s executive branch, it has long been known that entrenched bureaucrats have been stymieing his agenda, going so far at times as disobeying his directives.

In fact, a senior Trump administration official even admitted as much in a September 2018 op-ed, writing anonymously in the New York Times, “I work for the president but like-minded colleagues and I have vowed to thwart parts of his agenda.”

Calling himself part of the “resistance,” he even with a wink and nod confessed the Deep State’s existence, calling it the “steady state.”

It’s ironic that after opposing Trump’s every move and utterance — even his correct touting of malaria drug-cum-Wuhan virus treatment hydroxychloroquine — the Left now behaves as if he has absolute authority and thus absolute responsibility, sort of like China’s Xi Jinping.

You know, the warm and fuzzy despot the Left was praising for his Wuhan virus response.