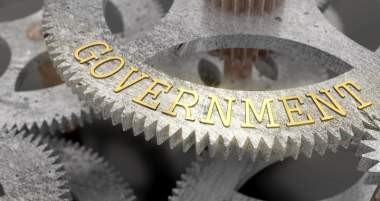 Even the New York Times, in a front-page story — above the fold — has recognized the obvious. “Pandemic tempts leaders to seize sweeping powers,” reads the headline, raising the question of whether many of the increased powers of government, and the corresponding contraction of liberty, will emerge as permanent features of life around the globe.

It would be difficult for, say, Communist China’s totalitarian oligarchs to have more power than they have now, but there is an increased tolerance for turning such power over to governments around the world, even in nations that are historically freer, such as Great Britain and the United States.

In the Times article, we are told that the prime minister of the United Kingdom “can now rule by decree.”

Of course, we are told that all of the restrictions on our liberty are temporary extraordinary measures, and life will return to “normal” once the crisis has passed. But that is unlikely if history is any guide. In the United States, the government’s power to spy on its own citizens, all in the name of protecting them from terrorists, increased dramatically after the 9/11 attacks.

Adam Schwartz, a senior staff attorney at Electronic Frontier Foundation in San Francisco, was quoted in Bloomberg News: “A primary concern is that if the public gives government new surveillance powers to contain COVID-19, then governments will keep these powers after the public health crisis ends. Nearly two decades after the 9/11 attacks, the U.S. government still uses many of the surveillance technologies it developed in the immediate wake.”

Once a government seizes a power, it is more likely than not that it will keep that power. Income-tax withholding was sold during the Second World War as a temporary power that would go away once the war was over. But, 75 years after Hitler and Tojo are dead and gone, income-tax withholding is still with us.

Hitler is a good example of someone who seized power in the wake of a national emergency. After the burning of the German Reichstag (allegedly by Communists, though this was unproven), Hitler asked for — and received — temporary emergency powers, invoking Article 48 of the German Constitution. Of course, it was not temporary, unless one considers that it took 12 years and the fall of his dictatorship due to wartime defeat for those “temporary” powers to end.

Even Fionnuala Ni Aolain, with the United Nations, warned, “We could have a parallel epidemic of authoritarian and repressive measures following close if not on the heels of a health pandemic.”

Actually, it is already happening around the world. Restrictions on travel are now commonplace in Paris, where citizens are stopped by the police and asked for their “papers.” This scene used to be a staple of old movies depicting life under communist or Nazi dictatorships: “Your papers, please.” Paris police have even used drones to make sure that the public follows the confinement rules handed down.

In Hungary, Prime Minister Viktor Orbán has been handed the power to rule by decree — indefinitely. One of the provisions in the bill, supposedly to fight the pandemic, is giving him the power to imprison someone up to five years for distorting facts that weaken the government’s “defense measures.”

The government of India has locked down the entire country, tracking mobile phones and even stamping people’s hands with indelible ink as a way to monitor possible violations of the orders. People caught standing outside their homes have been beaten by police.

In the Book of Revelation, a tyrannical world leader “makes everyone — small and great, rich and poor, free and slave — to receive a mark on his right hand or on his forehead, so that no one can buy or sell unless he has the mark (Revelation 13:16-17, Christian Standard Bible). Theologians vary on the exact meaning of this famous passage, but it is clear that economic control is indicated.

When a crisis of this magnitude occurs, the media, political leaders, and the general public begin to look for scapegoats. Many state attorneys general bloviate about so-called price gouging, threatening fines and the like. During the bubonic plague’s worst outbreak in the 14th century, a time in which as much as one-half of the people in Europe died over a seven-year period, some decided they knew who the culprits were — the Jews. The leading theory was that the Jews were somehow poisoning the drinking wells across the continent. In Strasbourg (on the border of Germany and France today), 8,000 Jews perished in a bonfire to stop the Plague. It did not work.

Today, some have blamed Donald Trump, and others have targeted the evangelical Christian community, arguing that they are “anti-science,” and being “anti-science” is what caused this pandemic. Former President Barack Obama (the man who castigated Christians for clinging to their Bibles and their guns) has even suggested that opposition to acceptance of the theory of global climate change has something to do with the pandemic.

Of course, the real science deniers are those who say that a man who thinks he is really a woman should be accepted as such, but that is a topic for another article.

Others have argued that controlling a global disease outbreak — a pandemic such as the coronavirus — requires a global solution via a global government. The globalists’ use of other fears — war, terrorism, and global climate change — has so far failed to move popular opinion to accept a world government. Now, the fear of a deadly unseen enemy — a virus — could conceivably accomplish what those fears have failed to accomplish, which is the acceptance of increased governmental power and the curtailment of civil liberties.

Some have said that we should not worry — this will all end when the pandemic ends. Really? First of all, what is the rubric for deciding this is over? Even if the virus subsides in its magnitude with the warmer weather of spring and summer, there are the eternal pessimists who warn that it will just come back in the fall and winter. And, who will decide when this is all over? Many will likely say that we need to continue many of these repressive measures to make sure the pandemic does not return.

It could be argued that one country, and one country’s political leaders, should not put the globe at risk — thus another push for world government.

And if people believe that shutting down public meetings mitigated the infection rate during the pandemic, some will no doubt argue that public gatherings should continue to be banned. Already, Mayor Bill DeBlasio of New York City has threatened to shut down churches and synagogues “permanently” if they refuse to accept his “temporary” order now. It is not a great reach to expect some will say that Christians and Jews should cease to meet until we can “be sure” the pandemic will not come back. And, after all, these anti-religious zealots will contend that people can just watch worship services online.

If one thinks the First Amendment will prevent such orders in the United States — it protects both freedom of assembly and freedom of religious practice — just remember all the anti-Second Amendment radicals who say inane things such as, “The Second Amendment is subject to reasonable regulations to protect the public.” It is a short trip from that to, “The First Amendment is subject to reasonable regulations — such as shutting down religious services — to protect the public from the spread of disease.” And why not just make it permanent? And make these regulations global?

The tendency for governments to increase their power during crises and not relinquish that power once the crises are over is why citizens must remain eternally vigilant and educate themselves on how they can keep government accountable and limited. This is the only way to preserve and guarantee freedom for future generations.

Steve Byas is a university instructor of history and government and the author of History’s Greatest Libels. He can be contacted at byassteve@yahoo.com.