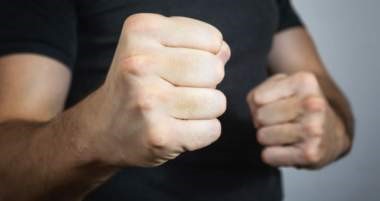 The pro-life group 40 Days for Life are currently in the midst of their annual campaign of prayer to end the scourge of abortion. Their campaign is intended to “end abortion locally through prayer and fasting, community outreach, and a peaceful all-day vigil in front of abortion businesses.”

But in Washington State last week, they were met with hatred and lewdness by many pro-abortionists. The incidents occurred outside a Planned Parenthood abortion mill in Bellingham, Washington.

Autumn Lindsey, a Whatcom Community College student and a spokesperson for Students for Life of America (SFLA) caught footage of many of the verbal attacks in a Facebook live post. “We are in week two of 40 Days for Life and we’ve already seen this much hate and friction, and so, you could take it as discouraging,” Lindsey said.  “I think their goal is to scare us away but that’s not going to happen.”

Lindsey’s mother, the organizer of the Bellingham event, detailed some of the dark and violent tactics that the opposition used to frighten those who would pray to end abortion. “I knew we would get flipped off and I knew that people would cuss at us, but I didn’t think that the words would be so violent. Like specific words when they say to us, ‘We hope you get raped, we hope you die, your mother should have aborted you.’”

“It was just so violent; so dark.”

Among the worst examples of pro-abortion behavior was a man who masturbated directly at the group of young women as his friend slowly drove past them. That incident, thankfully, was one of a kind. “It has only happened to us once,” Lindsey said. “And personally, I have never heard that happen anywhere else.”

Another disturbing episode was a bicycle rider throwing a glass container of clear liquid at the group. Whatever the liquid was, it broke on the sidewalk next to the prayer group. “We have people constantly scream at us or flip us [off] while driving by,” Lindsey said. “Occasionally we have people come talk to us.”

Another incident involved a woman driving past the group the group praising Satan. “Satan is the one true lord,” the unnamed woman told the prayer group. “Satan, the dark lord.”

Someone in the group noted that the woman had a baby in the backseat of her vehicle and remarked, “Do you have a sweet baby back there?” The woman replied, “Oh yeah. I didn’t abort her. I kept her. Yeah.”

As the woman drove away, she said, “We don’t need your prayers,” and yelled, “Hail Satan!”

According to Lindsey, Satan is mentioned outside of abortion clinics “more than you would think.”

“For some I think it’s just a way for them to try and get under our skin, but the woman in the car seemed to honestly believe it,” Lindsey said.

Kristan Hawkins, the president of SFLA, believes that the pro-abortion movement needs to moderate how they react to peaceful pro-life protests. “The threats and vitriol must be stopped. Every day it seems like we hear a new account of vandalism, threat of violence, or acts of intimidation towards peaceful pro-lifers,” Hawkins said. “What happened Saturday shows us the worst of the worst of the pro-choice movement; obscenity, Satan worship and lewdness toward students. We firmly reject all acts of violence and intimidation toward our students.”

Calling for an end to these types of pro-abortion tactics is all well and good, but it’ll never happen. Killing babies goes hand-in-hand with obscenity, threats of violence and Satan worship. They are all different sides of the same coin. Violence and lewdness are the methods of operation for the pro-abortion movement. It’s all they have left since they cannot reasonably refute pro-life arguments.

James Murphy is a freelance journalist who writes on a variety of subjects, with a primary focus on the ongoing anthropogenic climate-change hoax and cultural issues. He can be reached at jcmurphyABR@mail.com