Technocracy may be an unfamiliar concept to many or not easily understood by those who are familiar with it, or even its relationship to the United Nations (UN) 17 Agenda 2030 Sustainable Development Goals (SDG).  Both are one in the same.  Essentially, under the ruse of the UN originated climate change catastrophe to come, in order to sustain earth for “future generations”, we have been indoctrinated into believing steps must to be taken before earth is destroyed, by humans.  To accomplish this, technocracy is used to achieve sustainability, or the SDGs.  However, it is much more nefarious than just achieving sustainability.

Basically, technocracy is defined as the management of society by technical experts with decisions based on science.  It is the use of science that will fix all societal problems and create the perfect world with no problems, while at the same time using only science that supports technocratic and sustainable objectives.

However, the end goal is not fixing problems, technocracy is used for the purposes of taking control over resource production and consumption, as UN Executive Secretary Christiana Figueres stated, “to intentionally transform the economic development model for the first time in human history.”  This consumption and production model is often called a resource based or green economy.  The essence is resource production that does not harm the environment, then equally distributing those resources for consumption, keeping a balance between the two.

Sounds good, does it not?  But, the underlying objective, through technocracy, science, and SDG, is having control over every aspect of life, including humans.

If still difficult to understand, agriculture and food production, as a vital resource for life, may be one of the best examples of how this is being accomplished.  As noted in SDG 2,  “Agriculture systems worldwide must become more productive and less wasteful. Sustainable agricultural practices and food systems, including both production and consumption, must be pursued from a holistic and integrated perspective.”

Through UN business partnerships such as the Global Compact and World Business Council for Sustainable Development (WBCSD), and agriculture corporations, such as Monsanto, Cargill, Bayer, and Caterpillar, these corporations are tasked with SDG implementation.  Using technology and science, corporate technocrats are taking control over food production, out of our hands.

John Deere, which manufactures farming equipment, is in on the sustainability game as well.  Using artificial intelligence (AI) and 5G for internet of things (IOT) connectivity, the agricultural sector becomes fully automated, with the farmer only needing to sit by and watch it all work.  Ah, how wonderful!  Technocracy is truly solving world problems for sustainable development.

Again, there is a hidden objective by all this wonderful work.  Here is where technocratic control over production, and us, comes into play.

In Nebraska, a farmer is fighting the exposed plan for control, “the right to repair their own farm equipment”.   This inability to repair their own farm equipment has resulted in a “steady shift in operational control from farmer to machine.”  This is the objective of technocracy, technocrats behind that machinery will control and have management over production, and society.  While machinery repair is pompously seen as “all too complicated for farmers to be getting involved in” and claiming “the issue isn’t actually repair”, the Association of Equipment Manufacturers states, “it’s agitators who insist on the right to modify the machines.”  Farmers are now “agitators”.  Even though purchased by the farmer, they only hold an “implied license” to run the machinery.  This software is also used for data collection, justified as needing to feed the “10 billion people expected on Earth by 2050”, a UN mantra.

This control over society is strictly run by corporate technocrats, a self perceived elitist group of experts,  The ominous danger is their ability to monitor everything, from detecting when a farmer sits in equipment, to when that equipment is being monitored by the farmer.  With a flip of a switch or a push of a button, all food production can be halted by technocrats by disabling the machinery or shutting down internet access.  This act alone completely obliterates independence and freedom, forcing submission to an unknown entity.  But that is what technocracy, the UN, and Agenda 2030 are about, control.  Using the mask of climate change, utilizing sustainable development as the solution, a technocratic world is being implemented upon us.

Using technocracy, covering every sector of life in the SDG, the groundwork is being laid for the extermination of how we live, our freedom and independence, while taking control over resources.  From housing, health care, energy, use of water, and others, data will be captured and monitored through 5G and IOT, determining resource production, how resources will be distributed for consumption, what we consume, and what we are doing in our daily lives.  That is the reason for the advancement of 5G.  For data collection and sharing, 5G connectivity is needed for monitoring everything, and everyone.   Food production is an example of how that data will be gathered and monitored, most likely not a mistake as one of the first targeted areas.  Potential for it being used for harm against humans now exists.  We will be forced to acquiesce to technocratic demands as they gain control.  It is critical for everyone to understand how technocracy works as it is a masterful plan for social engineering. 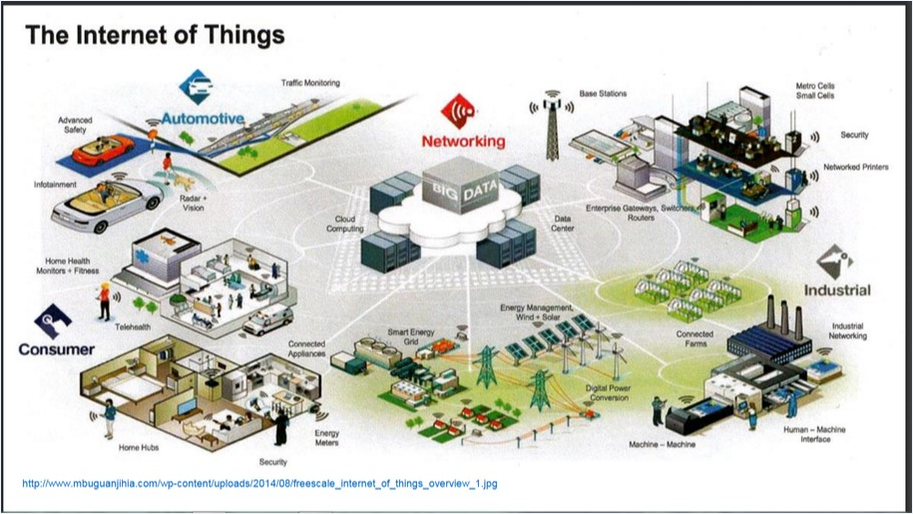 As forecast in this connectivity and IOT PowerPoint by a Senior Fellow for Global Urban Development, exponential acceleration of technology will continue and societies will be shaken.  From this agricultural example, it is easy to see how corporate entities have captured control with the use of technology, and the ability to shut production down.  Farmers will have no choice but to submit to corporate technocrats.  It is the same for everything, through electronic health records healthcare professionals could be forced out if certain medical practices are not followed like mandatory vaccinations, education will only be delivered through software curriculum created by a UN partner such as Microsoft or textbook publisher Pearson, or housing developments built to monitor water usage.  Every aspect of life with be controlled by technocracy.

It is time for Americans to wake up to the now existing threat to our lives.  Technocracy is the reality that will destroy us forever, placing us under a system that will forever dictate and control how we live.  This is the real threat to humanity, not climate change, but a totalitarian state of technocracy delivered by corporations and the UN.