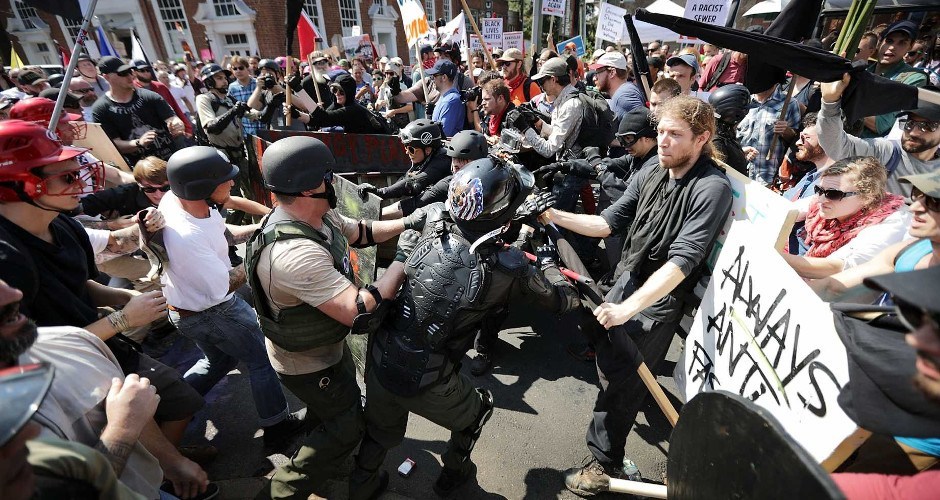 I believe Virginia’s puppet Governor Northam is a used idiot for succumbing to the drumbeat of anarchist deep state controllers to establish a precedent for gun confiscation in America. Virginia appears to be a preferred proving ground for such efforts to attack our blessed Constitutional freedoms.

2017’s Charlottesville, VA display of the utter anarchy being thrust upon us was an opening salvo of ongoing efforts intended to force us to say “Ok take control of all our government because we prefer peace and security.”

Having our peaceful existence and freedoms stolen from us by young street violent anarchist thugs who are in our face interrupting our natural and lawful rights and breaking things is infuriating.  And now this anarchist governor in Virginia wants to introduce a new element in the quest to wrest our freedoms: Law enforcement and even troops against citizens who are exercising their constitutional 2nd Amendment rights.  This most certainly is not a states’ rights issue, it is a Constitutional rights issue.  Where is the Justice Department and the President who swore oaths to protect those rights from treasonous politicians?

Nothing enrages us more than having something blatantly stolen from us and being lied to about it.

IN THE FIRST PLACE, COMPARE THE RELEVANCE OF CHARLOTTESVILLE

Our propagandist, fake news media would like us to either not believe our lying eyes or believe what they insist we believe. For instance, noticeably left out in all their reporting on the Charlottesville riot was that the helmeted protesters on the left didn’t buy a permit and charged the Unite the Right protestors with weapons (clubs). Interesting.

President Trump was quite correct in everything he said if you listen to all he actually did say and not the contrived sound bites put out there by the seething with hatred, agenda driven, Trump hating mainstream media (MSM). Yet these media scoundrels would have us believe “he supports Nazism, the Klu Klux Klan and white supremacy, who are on the Right,” when nothing could be further from the truth.

Nazi is simply a shorthand way of saying “National Socialist,” like “commie” is an abbreviated version of “communist.” Socialists are leftists! They are not on the “Right.”

It’s hard to believe that the likes of the CEO’s of large corporations on President Trump’s Business Advisory Board would be so foolish as to buy into that blatant misrepresentation of what was actually said and spun into making our President appear supportive of such extreme anti-American groups, especially when he has consistently been on record opposing those groups as well as David Duke, former Imperial Wizard of the Ku Klux Klan. 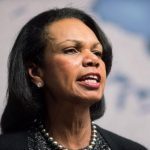 Be cautious about who you believe, no matter their title, party affiliation or stature. For instance, would you believe that our once high profile, proud Republican, former Secretary of State, Condoleeza Rice, who is a Council on Foreign Relations member, is today an elite propagandist for the globalist community and hence an Anti-Trumper? See Alex Newman’s article from TheNewAmerican.com: ‘After Charlottesville, Globalist Rice Smears Patriots as Racists.’ Warning: She will really tick you off!

These groups on the right and the left might have put on their separate efforts but you might have not thought of the possibility that these tandem efforts were both the schemes of the likes of George Soros and Barack Obama. And actually now Obama is accused of ginning up this contrivance by Virginia Governor Northam says a Virginia State Police officer.  Northam is an idiot and a well-developed puppet of the Obama/Soros/UN/Council on Foreign Relations deep state.  It can’t be denied that this has all the trappings of a giant scheme and patriots need to have their eyes open to being baited for a trap.  These are extremely well orchestrated events as Charlottesville proved. 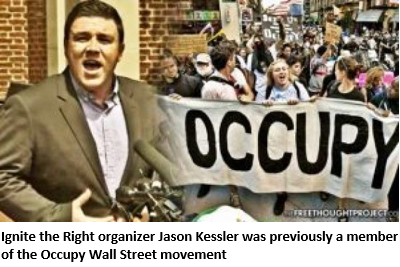 Read what Raven Clabough wrote in his article ‘”Unite the Right” Organizer’s Left-wing Roots Exposed by Leftist Publication:‘ “According to a report by the left-wing Southern Poverty Law Center (SPLC), Jason Kessler, the organizer behind the “Unite the Right” event in Charlottesville, Virginia, that turned violent was a member of the Occupy Wall Street movement and an Obama supporter.

“SPLC writes, “Rumors abound on white nationalist forums that Kessler’s ideological pedigree before 2016 was less than pure and seem to point to involvement in the Occupy movement and past support for President Obama.”

“Right Wing News also notes Kessler’s left-wing background, reporting that he accepted a $1,300 consulting fee from a Democratic candidate running for the Senate in 2012. According to Right Wing News, Kessler is also pro-abortion and an environmentalist. WND observes that he was also pro-gun control and supported President Obama’s nuclear deal with Iran and other leftist causes, as evidenced by 2012 and 2013 tweets from Kessler. One of his tweets even compared Republicans to serial killer Jeffrey Dahmer.

“A January 26, 2012 tweet by Kessler posted by Nation One News stated: “Republicans in #cnndebate are grotesquely mesmerizing as an interview w/ a serial killer. @ least Dahmer couldn’t wage war or starve poor ppl.”

“This is no small revelation by any means. The Occupy Wall Street movement was a radical Marxist movement that has paved the way for a self-avowed socialist such as Bernie Sanders to be taken seriously as a presidential contender. It normalized Marxism so that Marxist terminology has made its way into mainstream political conversation and is arguably the roots of the rabid “social justice” movement we see today.” Read more:

In keeping with the preferred alt-right explanation of why the Charlottesville event went south, namely the machinations of a vast left-wing conspiracy to foment racial violence and spark a civil war, alternative media outlets began accusing Kessler of being a “deep state” operative in the pay of billionaire leftist George Soros.

Trump described the “alt-left” as a “very, very violent” group that charged at protesters without a permit to even assemble in Charlottesville. He reiterated that he condemned hate groups but argued that not everyone was a white supremacist or neo-Nazi. 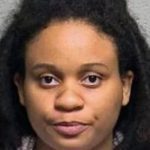 In his article “Member of ‘Revolutionary Marxist-Leninist Party’ Arrested for Role in Destroying Confederate Statue,” Warren Mass also of The New American.com wrote, “Takiyah Fatima Thompson, a member of Workers World Party (WWP) and a student at N.C. Central University, was arrested on August 15 for playing a leading role in toppling a statue of a Confederate soldier that had stood in front of a county administrative building in Durham, North Carolina, since 1924.”

On its own website, the WWP describes itself as “a revolutionary Marxist-Leninist party dedicated to organizing and fighting for a socialist revolution in the United States and around the world.”

Thompson was arrested after activists held a press conference at NCCU. In a release, the student radical admitted that she was the woman shown in a video climbing a ladder placed against the statue and tying a rope around the soldier’s neck so that others could pull the statue to the ground. Read more:

From my article, “Obama’s ‘Trump Saboteurs’ at OFA Boasts 30,000 Paid Agitators & Opening 250 Offices across America:” “The New York Post writer Paul Sperry wrote, ‘How Obama is scheming to sabotage Trump’s presidency,’ “When former President Barack Obama said he was “heartened” by anti-Trump protests, he was sending a message of approval to his troops. Troops? Yes, Obama has an army of agitators — numbering more than 30,000 — who has fought his Republican successor at every turn of his historic presidency. And Obama commands them from a bunker less than two miles from the White House.” 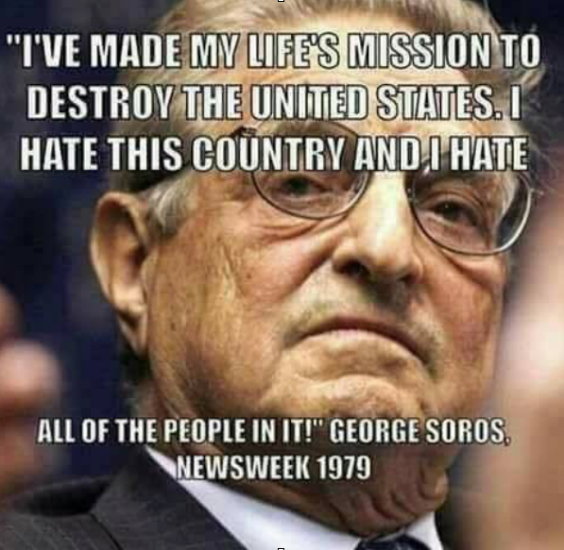 Before the site was taken down the “Organizations Funded by George Soros and His Open Society Foundations” on the website named discoverthenetworks.org would make you sick if you studied the names of those organizations of which this Most Dangerous Man in the World is pulling the strings.  Many of those organizations have very unsuspecting names and the quantity of them will surprise you. I counted 195 organizations he funds with others directly and another 7 he funds indirectly.

With all the corrupt endeavors created and supported by Soros, how can we not suspect, with it becoming more evident with the modus operandi and interwoven characters involved working both sides, that there was a grand overseeing design to this madness? And are we to accept that this is a beginning of much more from the Soros/Obama manipulators?

I might add that Barack Obama’s (BO’s) ‘Organizing for America,‘ (OFA) needs taking down along with the Soros group of funders and organizational heads whose clandestine goal is the overthrow of our system. Courtesies to an ex-President be damned! BO’s corruption and many machinations have been overlooked and tolerated for too long. He is blatantly an outright anti-American with questionable past with no previous records to show for except his sorry legacy that he can’t run from. Identify his illegal transgressions and bust him. He’s creating a strong new legacy for himself, a very deceitful one that is all evil. Saul Alinsky would be proud.

“It will be an evil day for American Liberty if the theory of a government outside supreme law finds lodgment in our constitutional jurisprudence. No higher duty rests upon this Court than to exert its full authority to prevent all violations of the principles of the Constitution.”) – Downs v. Bidwell, 182 U.S. 244 (1901.Wrongdoers have brought upon the People an evil day.

This attack on our 2nd Amendment rights is truly a monumental issue that must be dealt with, which almost gets lost in all that is overwhelmingly wrong today in America.  These treasonous vermin are doing all this to us because they can.  Whatever happens to them for such these days in America?  Crickets…

There is much real government crime going on here in the world of Teflon democrats and deep state RINOs, yet, they all just quietly go away in the night. Where are the real investigations and prosecutions?!!! Where is our Justice Department? Really! Constitutional justice is way overdue Mr. Barr!  You’ve been there a year now and nothing is going on in prosecution land.  Nothing!  As Vince Lombardi would say ‘What the hell is going on here?!!!”

America needs law enforcement, constitutional prosecutors and judges to, as Barney Fife would say, ‘NIP IT IN THE BUD!’  Or, we really do need a new non-deep state attorney general.  Former Acting Attorney General Matt Whittaker sure looks and smells good to me.