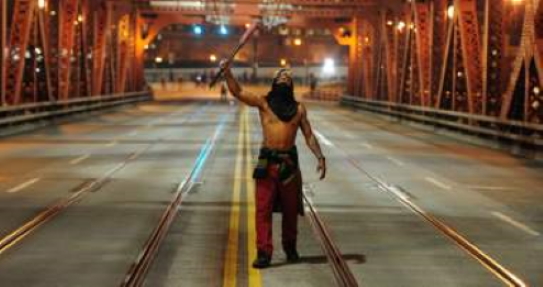 “Not My President! Not My President!” Day after day, in cities from coast to coast, the chanting mobs of rioters have illegally blocked streets and freeways, set fires, thrown Molotov cocktails, injured police officers, destroyed property, and defaced public buildings with graffiti. Portland, Oregon, a bastion of “progressive” Democrats, has been the epicenter of much of the violent action aimed at president-elect Donald Trump. Of course, as we have previously reported, not only did most of the Portland rioters who were arrested fail to register to vote, a large percentage of them appear to be professional, paid protesters.

Many of them, no doubt, were hired in response to the advertisements for paid anti-Trump protesters that appeared on Craigslist and other media in Seattle, Portland, Chicago, Pittsburgh, Boston, Denver, Philadelphia, New York, and elsewhere. Many of these “spontaneous” protests/riots would not have occurred without organized efforts involving hundreds of busses transporting thousands of protesters/rioters, many of whom appear to have travelled across state lines.

Many of the anti-Trump rioters, then, would appear not only to have violated state laws against rioting and inciting to riot, but also federal law against the same crime. Specifically, the rioters could be (and should be) charged under Title 18 U.S. Code § 2101, which provides

(2) to organize, promote, encourage, participate in, or carry on a riot; or

(3) to commit any act of violence in furtherance of a riot; or

(4) to aid or abet any person in inciting or participating in or carrying on a riot or committing any act of violence in furtherance of a riot….

Shall be fined under this title, or imprisoned not more than five years, or both.

The definition section of 18 U.S. Code § 2102 defines the crime of rioting this way:

Obviously, the anti-Trump rioters who were arrested for starting fires and committing other acts of violence and public disturbance should be prosecuted under applicable state laws, and those who traveled interstate to do the same should also be prosecuted under federal law as well. But what about the organizers of the riots, those who hired the rioters and transported the perpetrators across state lines to engage in this criminal activity? Are they not also culpable under the “aid and abet” provisions cited above? Are they not also liable for prosecution under the federal conspiracy statute (18 U.S. Code § 371) which provides:

If two or more persons conspire either to commit any offense against the United States, or to defraud the United States, or any agency thereof in any manner or for any purpose, and one or more of such persons do any act to effect the object of the conspiracy, each shall be fined under this title or imprisoned not more than five years, or both.

The Obama Department of Justice had no problem with charging Oregon ranchers Dwight and Steven Hammond — respected, hard-working, tax-paying, law-abiding citizens — with terrorism and arson, for accidentally burning a few acres of “public land” while carrying out a controlled burn on their own land. The Obama/Lynch DOJ prosecuted these dangerous “terrorists” and threw them into federal prison. (See here and here).

When supporters of the Hammonds, led by Nevada ranching family members Ammon and Ryan Bundy peacefully occupied the Malheur National Wildlife Refuge in protest earlier this year, the Obama administration mobilized all its resources in response, including an ambush that resulted in the shooting death of Hammond supporter Robert LaVoy Finicum. 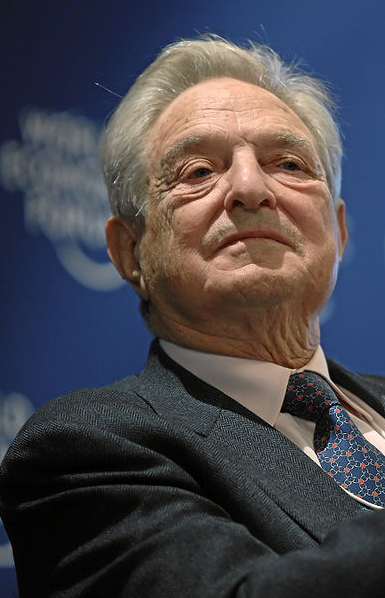 The Obama administration and its media allies were stunned a few weeks ago when an Oregon jury acquitted the Bundy brothers and their five additional co-defendants of all charges, including charges of conspiracy to use “force, intimidation, and threats” against federal employees. Will the Obama/Lynch DOJ show any similar zeal to prosecute the thugs who carried out the violent riots in Portland, Oregon — or in the many other venues around the country? Will they prosecute the co-conspirators who financed and planned the riots? That is highly unlikely, since the financiers of the “#NotMyPresident” anti-Trump rallies are some of the Democrat Party’s biggest donors. Heading the list of the Rioters-R-Us financiers is top Obama/Clinton fundraiser George Soros (shown at right), the Daddy Warbucks of all causes socialist and subversive.

Over the past couple of decades, the hedge fund billionaire and globalist gadfly has poured hundreds of millions of dollars of his ill-gotten gains into hundreds of organizations and dozens of schemes aimed at empowering global government through the United Nations and destroying our constitutional limitations on government. Here is a short list of the many violent, illegal, and/or unethical rent-a-mob actions and Astroturf “movements” for which “philanthropist” George Soros should be called to account:

Various organizations, including those funded by Soros, have announced plans for massive demonstrations leading up to, and on, Inauguration Day, January 21. Based upon the rhetoric of the organizers and the recent record of their activities across the country, there is very good reason to believe that these upcoming “protests” will be as violent and lawless as those we have already witnessed.

George Soros has been allowed to operate above the law for too long. It is time that he — and other uber-rich activist financiers like him — be put on notice that they will be held accountable for funding criminal activity. These “Lords of Chaos” must find out that they too are subject to the same rule of law that is binding on the rest of us mere mortals.

Soros Provides Pressure From Above, Below