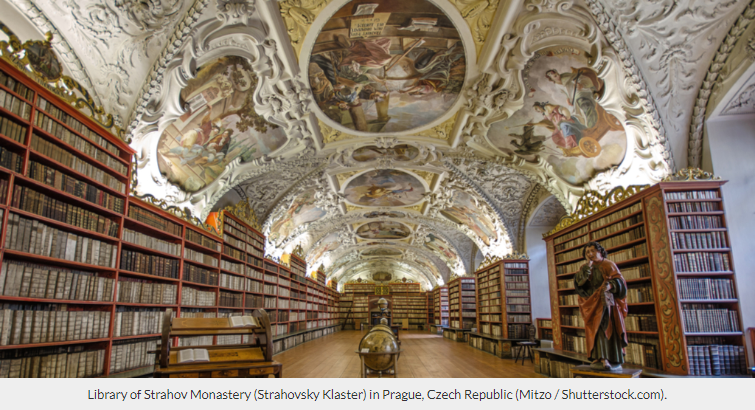 “What has Athens to do with Jerusalem?”

This famous quote comes from Tertullian, a second-century Carthaginian Christian, and the author of several theological tracts. Tertullian’s question has echoed across the centuries for a very curious reason. He meant it rhetorically, and it is still normally posed as a rhetorical question. But where he expected readers to agree that Christianity had nothing of significance to learn from ancient Greece, later Christians viewed the matter quite differently. Over the centuries, Christianity matured into a faith that had everything to do with both Athens and Jerusalem. Rejecting Tertullian’s call for a disciplined separation between revealed truth and natural reason, we have insisted across centuries that Athens and Jerusalem do indeed belong together. Sages and scholars have dedicated lifetimes to showing how these two pillars of the ancient world can, in fact, be united in one graceful edifice.

In a technocratic, post-Enlightenment age, it’s easy to forget how incredible and vitally important this marriage of faith and reason truly is. Fortunately, Samuel Gregg has reminded us with his recent book, Reason, Faith, and the Struggle for Western Civilization. It’s a delightful little volume, which manages simultaneously to be uplifting, substantial, and entirely unoriginal. That’s not a criticism. The goal of a work of this kind is not to develop new ideas, but to familiarize readers with old ones that are in danger of being forgotten. It’s rare to find a book that packs so many important truths into 166 lucid pages.

The book offers a simple and elegant narrative arc. Gregg begins with a discussion of Pope Benedict’s 2006 speech at Regensburg. Readers may recall the explosive controversy that this oration ignited, mainly in light of its suggestion that Islamic violence is a predictable consequence of Islam’s historical rejection of natural reason. Ironically, some Muslims demonstrated their displeasure at this speech by rioting. It was a grim illustration of the pontiff’s point. As Gregg explains, however, the lessons of the Regensburg speech go far beyond its diagnosis of radical Islam. Benedict’s central point was really about the relationship of faith and reason. People of all faiths (and none) are losing sight of the essential connection between them, and the consequences of that uncoupling may be very grave indeed.

To help his readers grasp this point, Gregg goes back to the beginning, explaining how remarkable it is that the Judeo-Christian tradition was able to identify the God of Israel with the logos of the philosophers. Far from being evident, this identification is in many ways deeply counter-intuitive. Across the ages, the religiously devout have always recognized that humans, in their pursuit of natural excellence, may find themselves competing with the divine, pridefully grasping at power that is not rightfully theirs, in an effort to further their own ends. While the prophets fret about this problem, the philosophers tend to have the opposite concern. In their anxiousness to explore human potential, they are wary of the possibility that a jealous God or gods may punish human excellence, as part of a bid for absolute sovereignty. Ancient, mythical deities (like Zeus) were sometimes inclined to punish over-ambitious underlings whose excellence threatened their own divine rule. The obvious way to avoid this danger is by jettisoning God entirely, and declaring man an end unto himself. If God is dead, men will be free to develop their rational potential to the highest possible degree.

Insisting that Israel’s God simply is the logos, Christians argued that this conflict is illusory. The God who made us is Truth itself, and our capacity to reason is what most clearly marks us as bearers of His divine image. Faith can help us to unfold our natural abilities. Meanwhile, developing the gift of reason is a fitting way to honor the Creator who bestowed it.

On paper, this may look like a mere philosopher’s trick. Gregg shows that it is not. This idea has tremendous consequences; socially and politically it is transformative. Gregg illustrates this by discussing the consequences both of faithless reason, and of ungrounded faith. Without reason, he explains, faith descends into fundamentalism. The slavish missionaries of an opaque deity may end up committing atrocities “in God’s name,” as part of a desperate effort to force the created world into their preferred narrative arc. This is potentially terrifying, but faithless reason can be just as destructive. Without its natural partner, reason lacks the transcendent horizon that allows human beings to unfold their real potential. It turns back on itself, becoming tyrannical in its own way as it fruitlessly seeks fulfillment on a natural plane.

It’s critically important to understand both of these hazards. It can be hard for us to remember that, since we live in an age when the religiously devout are regularly skirmishing with the militantly secular. We want to choose sides, and countless books, articles, and popular media creations have indulged this impulse, explaining how the evils of modern life can be traced back either to fundamentalism or to a warped secularism that has made itself into a godless faith.

Deftly walking this fault line, Gregg keeps faith with his subject by offering robust analysis of both categories of error. Unsurprisingly, he frequently ends up speaking in sweeping generalities, and experts in the various thinkers and historical periods he covers would undoubtedly take issue with some of his particular claims. By the end of the book, though, those lower-level debates seem quite secondary to Gregg’s larger purpose. He wants us to understand that faith and reason don’t merely complete one another; they actually need one another. Without the other as a balancing point, each is likely to lapse into fanaticism, undermining whatever goods it may initially have sought.

How are things presently developing in the “struggle for Western Civilization”? In some respects, the battle seems to be going poorly, and Gregg could easily have pitched his book as a counsel of despair. Defenders of Judeo-Christian tradition seem to be flanked at present by the foot-soldiers of irrational faith, and the merciless inquisitors of faithless reason. The space in which reasoned faith is respected, seems to grow ever smaller.

In the East, Islamic radicals continue their nihilistic suicide mission against the entire civilized world, while at home new-age cults spring like weeds from the grass. Institutional faith, meanwhile, has sorely declined. Islamic radicals and new-age occultists put serious pressure on our American tradition of religious toleration, because they lack many of the features that made Christian sects relatively compatible with democratic governance. If the religiously devout are committed to the compatibility of faith and reason, they will have religious reasons as well as patriotic ones for participating in civic discourse, and for supporting the common good. The Kingdoms of God and man will share a common ground. When faith and reason are severed, the relationship between church and state becomes murkier. Clearly, many Muslims (and pagans) are personally committed to living peacefully as law-abiding citizens of Western nations. It’s equally clear though that democratic governance is controversial in the Islamic world. It’s hard to be sure what this will mean for Western states, especially as Muslims come to represent ever-larger shares of the population in many European nations.

Radical secularism isn’t benign, either. Over the past half-century or so, committed secularists have taken numerous steps to marginalize the followers of transcendent faiths. Our Constitution, designed to protect religious faith, has been used as a weapon to drive it out of the public square. The evil fruits of those efforts have become more evident in recent years, as religious believers increasingly struggle to maintain control of their own companies and institutions.

Despite all of this, Gregg’s tone is not despairing. He assures us that “decline is not inevitable,” and that it is still possible for the wayward West to return to its Judeo-Christian roots. In the marriage of faith and reason, Americans can find answers to the deep questions that trouble us. There is a way back, but it will require us to see beyond both zealous fundamentalism and committed secularism. We must rediscover those two precious gifts of the God who made us: our natural reason, and the revealed truths of transcendent faith. If we set our eyes on that further horizon, embracing man’s supernatural origin and destiny, we may find that freedom and justice are more attainable even in the here and now.

Gregg doesn’t offer much by way of practical advice for those who wish to help to revitalize Western Civilization. This isn’t necessarily a defect in such a short book, but it does leave the reader pondering a number of difficult questions. How do we persuade our compatriots to turn away from the twin errors of unreasoned fundamentalism, and a blind secularism that jealously eradicates needed sources of wisdom? What policy, project, advocacy, or activism might help to bring faith and reason back together in our culture and civic discourse? There’s no easy answer to these questions, but in the spirit of Gregg’s book, we might consider a few hopeful possibilities.

First of all, we should recognize that people of faith always have the opportunity to sow good seed, simply by engaging in the public square in ways that inspire the respect and gratitude of their compatriots. When non-believers see examples of people of faith as broad-minded, respectful, public-spirited, and generous, they will be more prepared to consider the positive role that faith can play in grounding a healthy culture. People are usually willing to tolerate some differences of opinion among neighbors, so long as the not-like-minded are at least willing to listen and show some level of sympathy. By contrast, if religious people seem insular, paranoid, quarrelsome, and self-righteous, their neighbors and co-workers will be more likely to equate faith and fundamentalism.

Next, we might consider how desperately our society needs reasoned faith. Modern people tend to be well-fed physically, but they are ravenous for more meaning in their lives. Islamic fundamentalists offer one solution to that problem, and pagan spirituality offers another. If defenders of Judeo-Christian tradition think that we have a better way, we should be prepared to explain why at every promising opportunity. Progressive caricatures of religion can actually be helpful in this regard, because they are so easily disproven and discredited. Once a person becomes curious enough to investigate the Western tradition for himself, the battle is at least halfway won.

Finally, we should remind ourselves that even though particular societies can be fragile, the roots of tradition run deep. Faith and reason are not star-crossed lovers; they are literally a match made in Heaven. Gregg’s book is worth reading simply because it reminds us of this hopeful truth. No matter how confused our contemporary culture, faith and reason cannot truly be alienated from one another. When we pursue the truth with integrity, each can draw us back towards the other. Our American republic has been deeply influenced by both Athens and Jerusalem. If we can secure a place for each in our nation’s future, there is every reason to hope that our descendants will thrive.

Rachel Lu is an adjunct professor of philosophy at the University of St. Thomas and a contributor to The Federalist.