Ozzie Comes Out of the Closet

Ozzie Comes Out of the Closet

Many of us knew our Republican Sheriff should have run as a Democrat. Actions speak louder than words. Although the Spokane Valley City Council is a non-partisan race, the Sheriff’s endorsements of Lance Gurel, and Tim Hattenburg, were also endorsed by the Spokane County Progressives and Democrats. Although Brandi Peetz is posing as a Republican Precinct Committee Officer, she was endorsed by the Progressives. 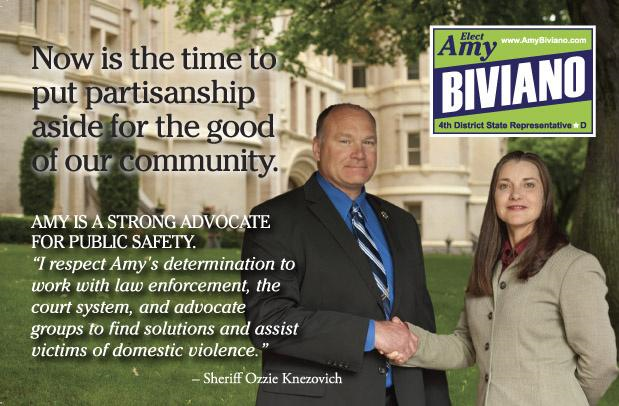 Why would Republican Sheriff Knezovich endorse three candidates with liberal ties? In 2012 he had his picture taken with Democrat Amy Biviano who was running against Rep. Matt Shea. He didn’t endorse either of them but let Amy put it out on her literature to appear as if he had. When asked why he let her use his picture he said “I can’t help who wants to use my picture.” Actually he could have asked her to remove his picture, but didn’t.  His pathological hatred for Matt Shea, who he can’t control, was reason enough to be in her camp. The Sheriff is a control freak.

There is more here than meets the eye. The Sheriff does nothing unless it is to his advantage. Spokane County tends to vote Republican so it has made political sense for him to run as a Republican. In the Spokane Valley City Council race he saw an opportunity to change the Council into a liberal majority who would owe him a favor, while sticking it to the Conservatives.

2) Liberal Brandi Peetz defeated the capable Conservative Michelle Rasmussen by a slim margin. Brandi was elected in 2017 after defeating Conservative Caleb Collier with an all-out merciless attack by Knezovich and his henchman Bob West (Brandi’s Father) on Caleb and his family. Incidentally, in that same race the Sheriff endorsed Democrat Chris Jackson over Mayor Rod Higgins who barely was re-elected.

3) Liberal Tim Hattenburg defeated Conservative Bo Tucker, (so much for the rumor that Mormons stick together. Ozzie threw Bo under the bus after telling Bo Tucker he would stay out of his race). Tim Hattenburg ran against Matt Shea as a Democrat in 2008. Like trying to run as a Republican in the 3rd District, it is to Hattenburg’s credit he remains true to his Democrat Party, even though it would be easier in the 4th District to fake being a Republican like Knezovich does. Thanks to the Sheriff, the 4th District is changing. In 2017 the City of Spokane Valley was considered a Conservative Republican City. In 2020 there will be a liberal majority on the Council thanks to Knezovich. He brought his giant political machine to the Party (Democrat).

The makeup of the Valley City Council will now be 4 to 3, liberals over conservatives.

So what does Knezovich get out of this? It is rumored liberal Council member Ben Wick (pictured below with fellow liberal candidate Lance Gurel) will run as a 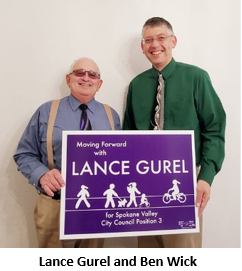 Republican to unseat Rep. Matt Shea. He may also run for Mayor too. The late Senator Bob McCaslin Sr. held both a legislative and City Council position simultaneously.  Ozzie can have his 4th District Rep. and Mayor in one package, combined with Ben’s ownership of two Valley Newspapers, the Current and the Liberty Lake Splash, which will add to his lust for power. That possibility should translate into some hefty financial backing by the same unprincipled artificial persons who donated so heavily in the recent Spokane City Council Race. 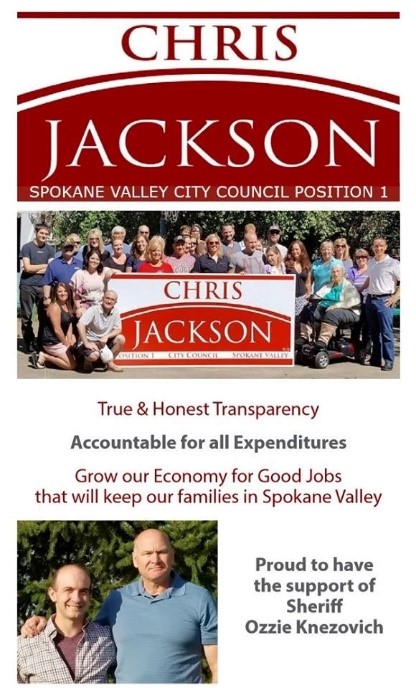 So what else does Knezovich get out of this? Informed sources say He wants a lot of money to be donated to his Training Center, and the City of Spokane Valley has a huge Treasury to pluck. He will probably get whatever he wants now.

I ran into several members of the leadership of Republicans of Spokane County (Club) who were doorbelling for Brandi Peetz. They typically had joined with Knezovich and the Progressives in supporting liberal Council Candidates in the Valley. I think that a majority of Spokane Valley voters are still Conservative, but they have been duped by the Sheriff, the RINO’s, and the local Mainstream Press.

I somewhat hesitate to throw stones at the Sheriff in good conscience, since I endorsed Breean Beggs over Cindy Wendle for the Council President race in Spokane, although that was a non- partisan race too. But then I am no longer an elected Republican Official like the Sheriff is, so fire away your stones at my glass house. There may not be much I agree with Breean on, but he is genuine and civil, and that at least is a good starting point for discussions. Ideally, one should be who they really are, and win voters with the sheer force of persuasive argument. Our Country doesn’t need any more phonies.