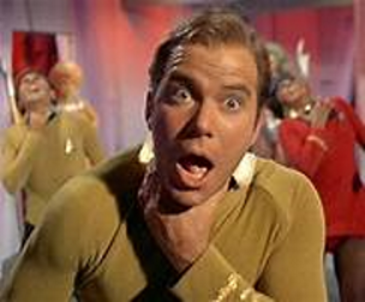 I would like to write about something else besides the attacks on Rep. Matt Shea by our local Press but the recent article ‘Shawn Vestal: Matt Shea’s bad ideas aren’t the only bad ideas behind the bad idea of Liberty State’ begs a response.

This all just serves to help Shawn feel superior to us Matt Shea rubes by pontificating sanctimoniously to those sitting in darkness who are extremists, even though we are in the majority giving Rep. Shea victory after victory. Matt wins because he is an effective Christian Conservative and his supporters can see through the local Press hogwash. Statistically the extremes are usually a small percentage of the population, but how can a majority be extreme?

I read this screed of Shawn’s while helping to collect 2,000 physical signatures at the Spokane County Fair in support of a 51st State called Liberty. Shawn’s fear of a White Theocrat State, and not enough bike lanes, didn’t resonate with them. That is because the thousands of signers know that no state in the Union can have a Theocrat State, and if a municipality wants bike lanes a new state constitution built on liberty will allow them to do that, or throw their money at the moon if they want, which seems to happen a lot in downtown Spokane.

But something changed over the years. My old college roommate and friend of over 40 years quit speaking to me because I supported Trump in 2016. Another Democrat friend told me I would do a lot better with Democrats if I threw my friend Matt Shea under the bus. You don’t throw friends under the bus for political reasons, unless you’re like the Republicans who threw Spokane City Councilman Mike Fagan under the bus recently.

I had another friend ask me how I could support a racist like Matt Shea. I asked him to give me specifics about his alleged racism and he replied, “I’m not here to discuss how many angels can dance on the head of a pin.” I told him I rest my case, you can’t find a reason. I had another Facebook friend write that Matt was a racist and I asked him for specifics. He said Matt had written that there should be quotas on immigration based on ethnicity. I replied doesn’t ICE already do that based on nationality. Isn’t that the same thing? He went silent. One thing all these “friends” have in common is they are Shawn Vestal readers. They swallow whatever the Mainstream Media indoctrinates them with. Never mind that the Founders said, “We have no King but King Jesus.”, but they formed a Republic with Freedom of Worship, not a Theocratic State.

This all does not make rational sense unless you are a conspiracy theorist. The person sitting in darkness still wonders about the official version of the JFK assassination. If it was a lone nut gunman named Lee Harvey Oswald then why do all these documents have to stay classified over 50 years later? How and why did Building 7 collapse into its own footprint like a controlled demolition on 9/11/2001, ‘30-Second Reel of Building 7 Collapse Footage,’ even though it was hundreds of yards away from the Twin Towers, and yet not a word from the Press? The person sitting in darkness wonders, even though he is ridiculed for wondering?

Why is the local Press so intent on demonizing one popular Representative? It’s not as though there aren’t other things they can report on. As Spokane County Treasurer, I told them about how $80 Million in issued bonds were unaccounted for, ‘Spokane County Bond Issues?’,  or that the Spokane County Emergency Management System may be the biggest boondoggle in County history.  Nothing but crickets from the local Press.

So why the irrational hatred of Trump and Shea? As long as I am tossing out conspiracy theories here is a theory. In the first Star Trek series a bunch of Klingons got aboard the Enterprise and fought an ongoing battle with the Enterprise crewman because of their mutual hatred. The logical Vulcan Spock deduced that an Alien presence was on board ship, and was stirring up hatred between Humans and Klingons, because the Alien fed off the energy that the hatred stirred up. When this was realized the parties decided on being friendly to each other and the Alien left.

Maybe the HAARP Project ‘High Frequency Active Auroral Research Program,’  is sending waves through us to stir up hatred for some reason? Or maybe it’s just an Alien named Satan that enjoys people made in the image of God hating each other?