HE DID IT AGAIN!  WA’s AG is intentionally hiding ANOTHER $8 Billion tax increase from voters. More corruption? 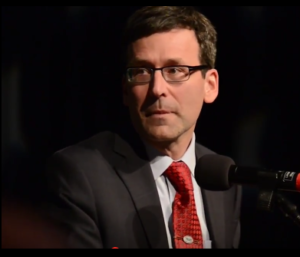 HE DID IT AGAIN!  WA’s AG is intentionally hiding ANOTHER $8 Billion tax increase from voters. More corruption?

But in Tax Advisory Vote #20, the AG’s short description reads: “The legislature imposed, without a vote of the people, an additional wage premium for long-term care services, costing an indeterminate amount in its first ten years, for government spending.”

Well, it turns out that isn’t the only $8 billion tax increase the AG is intentionally hiding from taxpayers.

And for this new $8 billion tax increase, the Attorney General didn’t even assign it a Tax Advisory Vote number and so he didn’t write a short description for it.

It’s not on the ballot at all even though it’s the costliest tax increase that got imposed on taxpayers this year.

The Democrats imposed a lot of new taxes this legislative session. When voters in 2007 passed Initiative 960 and created tax advisory votes, the intent was to:

Let the voters express their support or opposition to each tax increase with an advisory vote.

None of those will happen with SB 5313’s $8 billion tax increase.

But it’s clear that Bob Ferguson doesn’t because he’s openly undermining it.

Whenever elected officials act like they’re above the law, it’s frustrating. But what do you do when it’s the chief law enforcement officer of the state?

All you can do is expose the wrongdoing, put a spotlight on the hypocrisy, and criticize the lawlessness.

Corruption comes in lots of different shapes and sizes. Anybody wanna argue this isn’t more corruption?