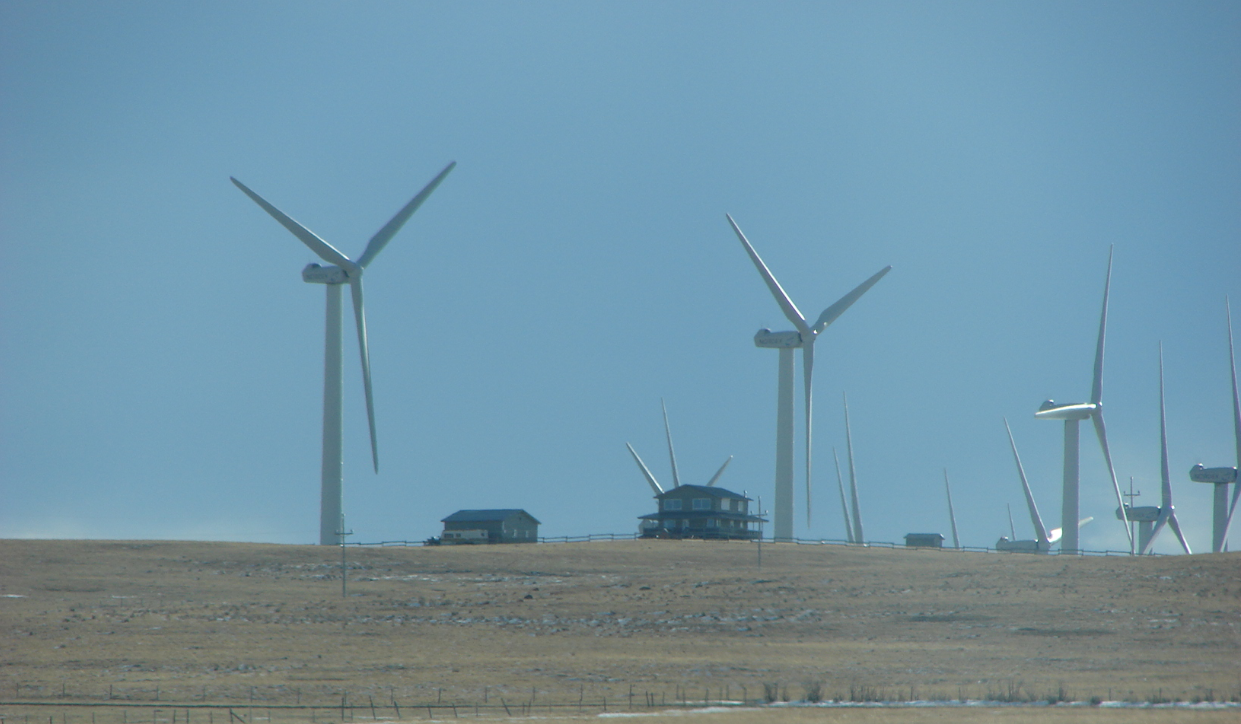 There is much evidence describing the debilitating health consequences of infrasound and low frequency noise (ILFN) created by wind turbines. This is the noise “felt but not heard” because the noise is at frequencies below the range of human hearing.  Although humans cannot hear the noise, human body tissues, respiratory systems, cardiac and brain tissues are impacted. Research on ILFN has only begun on this topic which is in its infancy. Remarkably, the US Army during the Vietnam era conducted research using ILFN as a weapon, but it concluded that the noise was debilitating to only 20% to 30% of the enemy, so was discarded. Wind turbines and renewable energy are brought to you by the Washington legislature in lawmaking of SB 5116 in 2019, without considering the deleterious health impacts that accompanies renewable energy.

More information is available on request with some evidence listed in the flyer attached. Highly suggest: video of lecture by Dr Mariana Pereira (see in flyer). This information is part of a lecture I presented before the CAPR National meeting held April 27, 2019 in Tukwila, WA 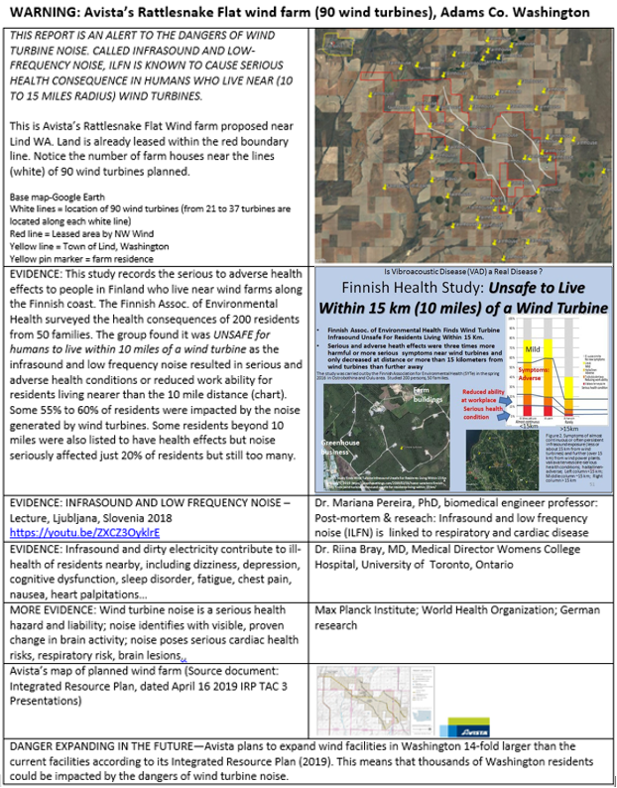 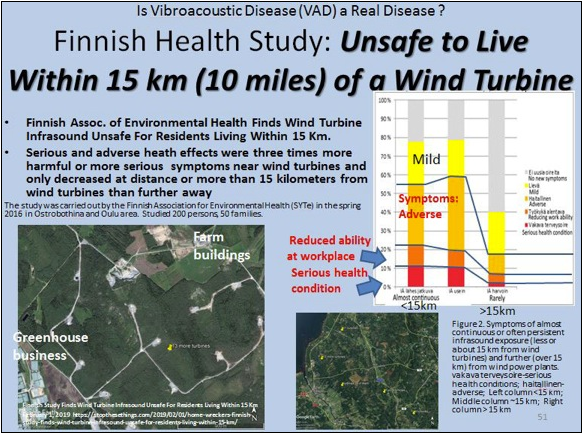