Inside the Supreme Court–Media will not touch this! 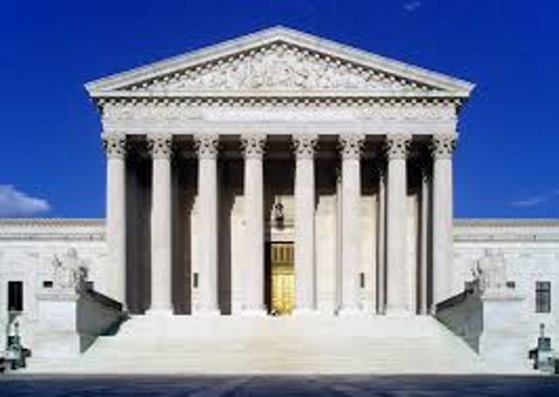 Inside the Supreme Court–Media will not touch this!

This is something you will not see or hear about in the Print Press, or on television. Neil Gorsuch has only been on the Supreme Court for a short while. Recently he ignited the fire of liberty and broke 40 years of precedent when he refused to join the SCOTUS “cert pool.”

The cert pool was established in 1973 during the early days of the Burger Court, in order to efficiently review the near 8,000 petitions received each term. In practice, the petitions are apportioned among the Court’s law clerks, who then circulate a memo to the justices recommending a grant or denial. The obvious problem here is that this gives the power in these 8000 cases to the law clerks instead of the Justices. It also, in theory, allows 3rd parties to unfairly influence a case through the clerks.

That is NOT how the Supreme Court was designed to operate. Neil Gorsuch just managed to set his foot down in the Supreme Court and say it is NOT okay to pass off judgments to the discretion of legal clerks. This is the kind of story everyone should be hearing or reading in the media, but obviously is not.

Today the United States Supreme Court issued a direct and final blow to the Islamic Indoctrination of the young in this nation.

The full panel of the United States Supreme Court which consists of nine judges met to decide the fate of Islamic indoctrination in our American public schools. In a typical 5- 4 decision, common sense won out, and we have sanity restored to our schools once again.

The United States Supreme Court was able to hand out this decision banning Sharia Law and Islam from being taught in classrooms because of the tie-breaking vote of the newly appointed Supreme Court Justice Neil Gorsuch.

Gorsuch went on to write about the decision: “The government certainly has no business being involved in religion, but this isn’t a government issue or a religious issue. This is about the judicial branch interpreting the laws as they apply to the teaching of religion. We shouldn’t be teaching any religions in the public schools of this country!

Liberals are all about teaching Islam and Sharia Law but they have issues with “Under God” in the pledge of allegiance and “In God We Trust” on our currency.

This should have been a unanimous decision, not 5 to 4, but it seems like the four liberal judges on the Supreme Court don’t care about the Constitution, nor our values.

Perhaps this is the start of restoring America to its founding glory. Thank GOD for our new Supreme Court Justice, Neil Gorsuch. A great selection.

This columnist is grateful to an anonymous friend who alerted us to this event.