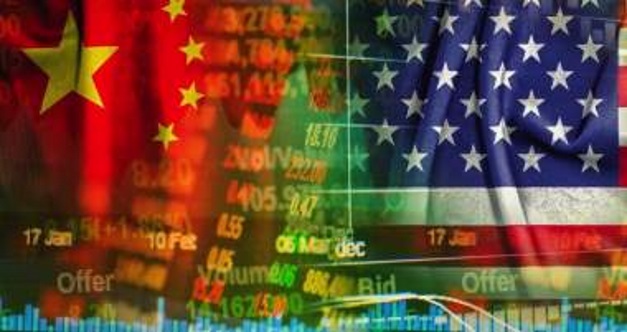 When President Donald Trump learned of the dismal performance of the Chinese economy for all of last year, he tweeted in March: “China posts slowest economic numbers since 1990 due to U.S. trade tensions and new policies. Makes so much sense for China to finally do a Real Deal, and stop playing around.”

China’s No. 2 communist, Li Keqiang, admitted as much at the country’s annual news conference on March 15: “It is true that China’s economy has encountered new downward pressure [but] we must take strong measures to cope with [it].”

China’s “strong measures” included cutting taxes modestly for manufacturers, lowering bank lending requirements, reducing capital ratios, and spending still more on infrastructure projects. There was precious little in the way of free market reforms as China, like the U.S. economic establishment, has sold out to the concept of a managed economy, undergirded with Keynesian theories and experiments.

One of those experiments is printing money or otherwise expanding the money supply so that the government can spend it on infrastructure projects such as more highways, railroads, and cities.

But here is where the top communist officials run into an irreversible law they cannot repeal: Each yuan of new money buys less and less economic growth. Especially now with China’s total national debt exceeding 300 percent of the country’s total annual economic output.

In the 90 days since Trump’s tweet calling on the Chinese to come to terms with the United States over its manipulations, thievery of intellectual property, and wholesale hacking into America’s computer networks, the Chinese have shown little interest to do a Real Deal, or any kind of deal.

But the pressure to do so continues to build. May’s economic data, some from phony “official” sources and the rest from outside communist control, show that China’s slowdown has not only continued but accelerated. Data on China’s heavy industry, real estate and construction sectors are all showing weakness. Key construction “inputs” such as crude steel, glass, electricity, and nonferrous metals are all declining. Credit growth, despite lowering bank requirements, hasn’t caused consumers to expand their borrowings.

In addition imports and exports have both fallen, another sign of what the Journal calls “anemic demand in the domestic economy.” Especially telling is the decline of imports from Japan, which fell nearly 16 percent year-over-year, and from South Korea, which dropped more than 18 percent y-o-y. All of which portends lower exports of finished electronic goods from China in the months ahead. As Nathaniel Taplin of the Wall Street Journal put it, “Investment, imports and production all slowing at the same time is an ominous sign.”

The communist Chinese are pushing on a string. Consumers are pulling back, banks aren’t lending, infrastructure projects provide only a temporary shot to the economy, while additional deficit spending adds to the country’s enormous national debt.

All of which keeps President Trump in the catbird seat. All he needs to do is to wait them out. America’s economy continues its remarkable advance while China’s is heading south. At some point the pressure of a faltering economy (and the risk of the Chinese natives getting restless — i.e., Hong Kong demonstrations) should shortly bring them to his negotiating table.

Rumors abound that while President Trump and China’s President Xi are attending the G20 summit in Osaka later this month, they might just have that meeting.