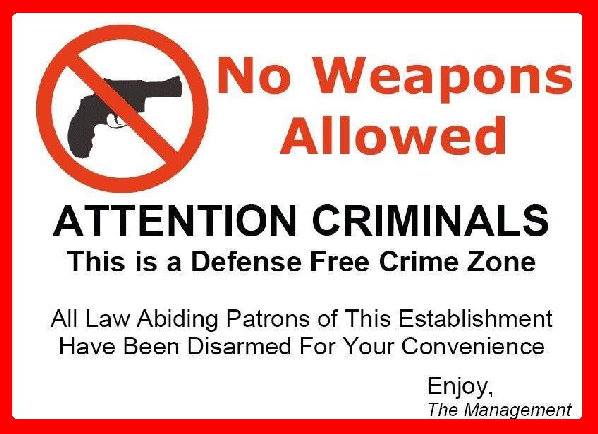 Last year, we asked the question, “Should Major Corporations Be Influencing Gun Control?”  The problem here is when major, private companies have centralized control. In a free market, corporations should be able to do what they want. If you don’t like it, you support a competitor. But that’s not the system we have in the U.S.  Instead, it’s a system where cronyism has allowed a few large corporations to have massive control, and there are huge hurdles to anyone trying to create an alternative.  With that in mind, here’s a list of 25 corporations who are attacking your right to keep and bear arms.

Bank of America
Bank of America said in April it would stop financing manufacturers that make military-inspired firearms for civilians, such as AR-15s.

Citi Bank
Citi Bank told its retail business partners to prohibit the sale of firearms to customers younger than 21 and to those who have not passed a background check.

Chipotle
In 2014, Chipotle asked that customers not bring guns into its restaurants because “the display of firearms in our restaurants has now created an environment that is potentially intimidating or uncomfortable for many of our customers.”

Delta Airlines
Delta tweeted in February 2018 that it was ending the NRA’s contract for discounted rates and “requesting that the NRA remove our information from their website.”

Dick’s Sporting Goods/Field & Stream
The chain store enacted a new policy in 2018 that halted the sale of so-called “assault-style weapons” in their Field & Stream stores. The company announced it would destroy all the weapons pulled from its shelves. Dick’s CEO has since announced sales are down, and they may have to close the Field & Stream line of stores.

Enterprise Holdings (Alamo, Enterprise, and National)
Enterprise ended its discount program with the NRA amid the #BoycottNRA movement of 2018.

Facebook
Facebook prohibits ads that “promote the sale or use of weapons, ammunition, or explosives. This includes ads for weapon modification accessories.”

Hertz
Hertz ended its discount program with the NRA amid pressure from gun control groups.

Kroger
Kroger owns Fred Meyer stores, which no longer sell firearms to people under the age of 21.

L.L. Bean
L.L. Bean no longer sells guns or ammo to people under the age of 21.

Shopify
Shopify changed its user policy to prohibit the sale of certain firearms and accessories. Retailers who use the platform say this move will likely cost them hundreds of thousands of dollars.

Starbucks
Starbucks published an open letter in 2013 from its CEO asking patrons not to bring firearms into Starbucks stores or seating areas.

Target
Target issued a statement in 2014 saying, “Bringing firearms to Target creates an environment that is at odds with the family-friendly shopping and work experience we strive to create. Starting today we will also respectfully request that guests not bring firearms to Target – even in communities where it is permitted by law.”

Toms Shoes
Toms announced it will use $5 million to advance universal background checks.

United Airlines
United has ended its partnership with the NRA.

Walmart
Walmart raised the age for purchase of firearms and ammunition from 18 to 21 years old and removed “online items resembling assault-style rifles.”

Wyndham Hotel Group
Wyndham ended its affiliation with the NRA amidst pressure from the gun control lobby. 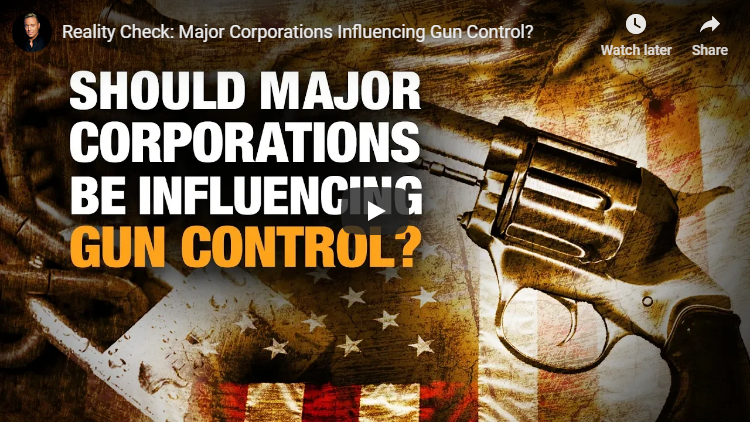 Many of the corporations listed above are actively working to change the social perception about the right to keep and bear arms.  In other words, they are using their corporate status to propagandize the people against the law, the US Constitution.  Perhaps it’s time to rethink just granting corporate status indefinitely and start reining that status in every few years to keep them from having so much power.

Additionally, in the past, we have also listed a plethora of big banks that are also targeting guns, gun dealers and gun owners.

Finally, following the Parkland incident in 2018, a number of businesses cut off their relationship with Second Amendment advocates at the National Rifle Association.  These included:

eHealth – no link for email, press inquiries can be made here

Allied Van Lines – link to “contact us” page;  scroll halfway down for email

Avis Rent A Car – link to “comments and feedback” page;  choose “other” in dropdown box

Published with Permission of gunsinthenews.com