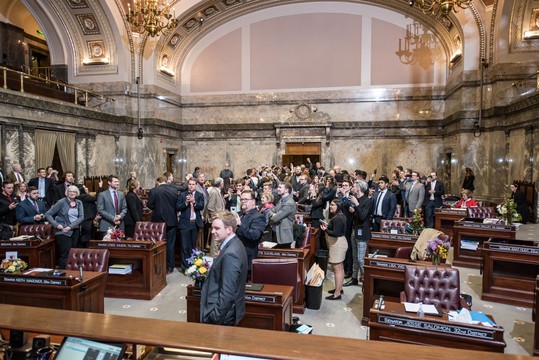 At midnight Sunday in the Senate, crowds await the final gavel ending the 2019 legislative session.

Session ends, and long-ranging problems can be expected in its wake

We’ve finally wrapped up our legislative session, and not a moment too soon. Legislation passed this year will make it more expensive to live and work in Washington, and will challenge our state’s ability to remain competitive. There was a bright side – a number of bills on a host of subjects ranging from human trafficking to the rights of the developmentally disabled. But if we are to take a broad, general view, it must be acknowledged this was one of the most difficult sessions on record for the people of Washington.

The reason was one-party control of the Legislature. Democratic majorities in the House and Senate had the votes to pass anything they wished. Their members reflected the interests of the urban Puget Sound area, from which most of their members come. They showed little interest in the fact that most people outside King County feel differently. No matter how we argued on the Senate floor, we were unable to shake their belief that Washington just isn’t taxed enough. The result was enormous taxes the state doesn’t need, approved mainly because our colleagues had the opportunity.

It didn’t end with that. Much legislation introduced this year reflected a hardline viewpoint. Many of these bad ideas did not pass, but the proposals that went through were awful enough. We watched in dismay as our colleagues undid years of work on an equitable school-financing plan and passed measures that increase the power and reach of government.

I’ll tell you about it this week, both the good and the bad. The lesson of the session is that an unbalanced Legislature can do great damage when it ignores a significant portion of the state. We can be sure we will hear more about this issue in the months to come, as the effect of this year’s legislation becomes apparent. 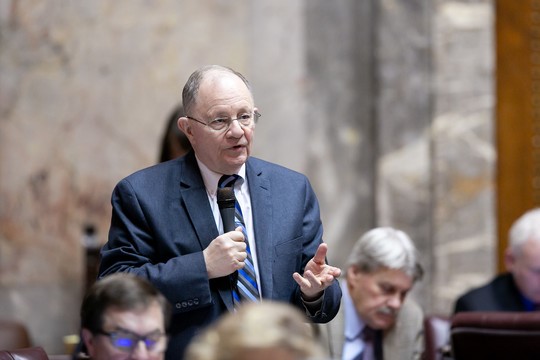 On the Senate floor.

Let’s start with the good things that happened this year. 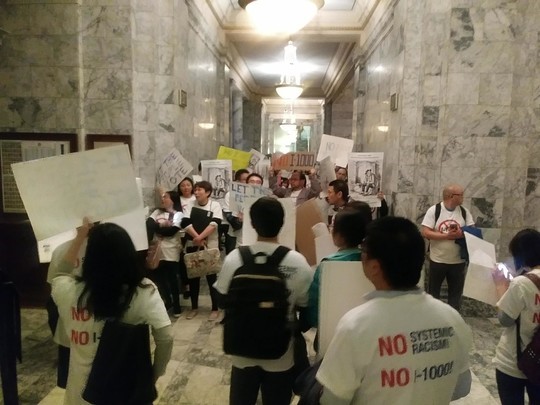 Raucous protest breaks out Sunday night as the Senate passes Initiative 1000. Protestors, many of Asian descent, are concerned the measure will permit racial discrimination in college admissions and other programs. Uproar began as the vote was announced, and the visitor galleries were ordered cleared. The demonstrators moved to the Democratic entrances to the House and Senate, and their shouts of “Shame on you!” and “Vote them out!” shut down business in the Senate for half an hour.

Closing the book on the 2019 session 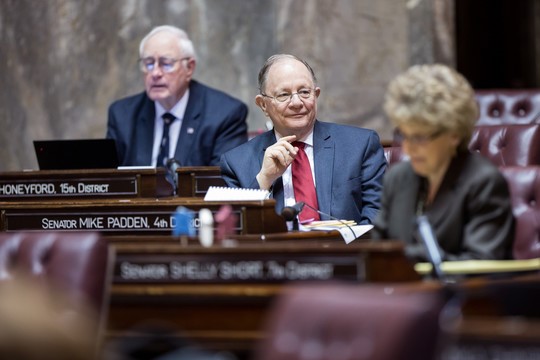 The final gavel Sunday night brought a close to one of the most trying legislative sessions any of us can remember. As we pack our bags and prepare to turn home, let us give our thanks to the many who made our work possible. Special thanks are due to those who staffed our office and worked long hours under often-difficult circumstances — my legislative assistant, Janet Voye, session aide John Jourdan and session intern Dagny Ahrend.

REMINDER: We have published a new edition of our Government Guide, a handy directory of contact information for government offices and service providers in the 4th Legislative District. If you did not receive a copy in the mail, please contact us and we will be glad to send you a copy. This directory also is available online here.

We hope you will contact us with your comments and concerns about state government. It was an honor to represent you this session, and we look forward to hearing from you.