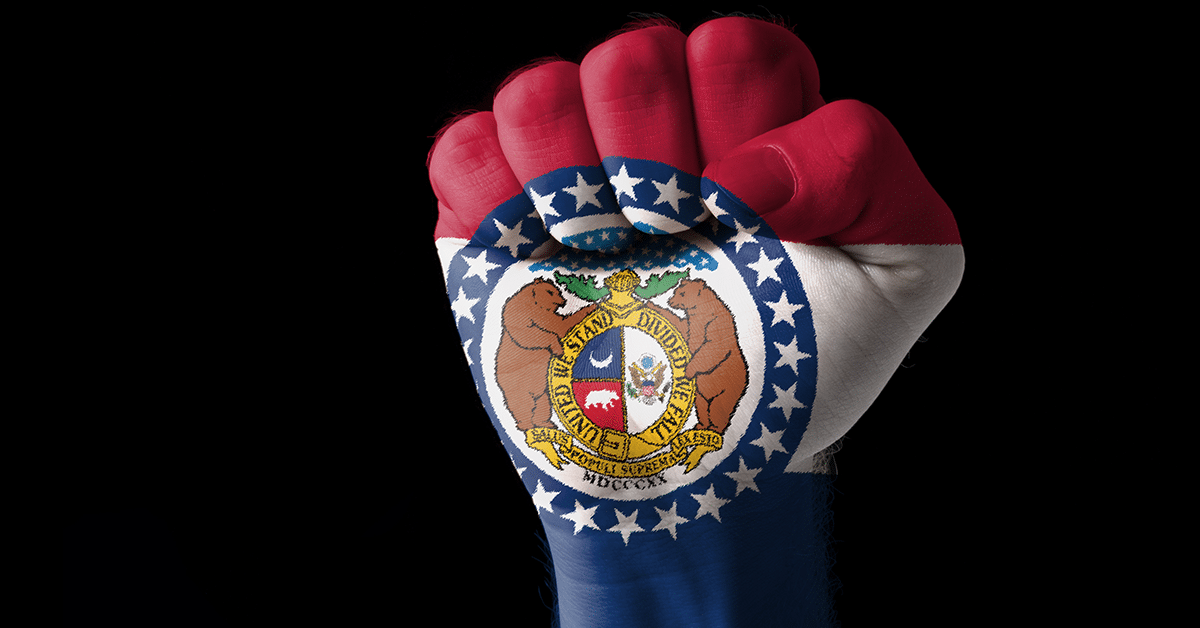 JEFFERSON CITY, Mo. (April 18, 2019) – Today, a Missouri Senate Committee approved a bill that would set the foundation to create a “gun rights sanctuary state” by banning state and local enforcement of most federal gun control. Passage into law would represent a major step toward ending federal acts that infringe on the right to keep and bear arms within the state in practice and effect.

Sen. Eric Burlison (R-Battlefield) introduced Senate Bill 367 (SB367). Titled the “Second Amendment Preservation Act,” the legislation would ban any person, including any public officer or employee of the state and its political subdivisions, from enforcing any past, present or future federal “acts, laws, executive orders, administrative orders, court orders, rules, or regulations” that infringe on the right to keep and bear arms.

SB367 includes a detailed definition of actions that qualify as “infringement,” including, but not limited to:

This would include the National Firearms Act of 1934, the Gun Control Act of 1968 and more, such as Pres. Trump’s new bump-stock ban.

Today, the Senate Transportation, Infrastructure and Public Safety Committee approved the bill with a Do Pass recommendation for the full Senate.

The legislation includes a provision that would allow anybody who violates the law and knowingly deprives somebody of their right to keep and bear arms as defined by the law to be sued for damages in civil court.

“Sovereign, official, or qualified immunity shall not be an affirmative defense in such actions.”

The bill also includes provisions that would apply to federal agents who knowingly enforce or attempt to enforce any of the infringing acts identified in the law, or who give material aid and support to such enforcement efforts.

The federal government relies heavily on state cooperation to implement and enforce almost all of its laws, regulations and acts – including gun control. By simply withdrawing this necessary cooperation, states and localities can nullify in effect many federal actions. As noted by the National Governors’ Association during the partial government shutdown of 2013, “states are partners with the federal government on most federal programs.”

Based on James Madison’s advice for states and individuals in Federalist #46, a “refusal to cooperate with officers of the Union” represents an extremely effective method to bring down federal gun control measures because most enforcement actions rely on help, support and leadership from state and local governments.

“Partnerships don’t work too well when half the team quits,” said Michael Boldin of the Tenth Amendment Center. “By withdrawing all resources and participation in federal gun control, states and even local governments can help bring these unconstitutional act to their much-needed end.”

Some gun rights supporters have argued that such a measure is “unnecessary” because it addresses a nonexistent problem with a Republican Congress and an NRA-backed president. Trump’s bump stock ban obliterates this fallacy. Furthermore, the Trump administration actually ramped up enforcement of federal gun laws in 2017.

The state of Missouri can legally bar state agents from enforcing federal gun control. Refusal to cooperate with federal enforcement rests on a well-established legal principle known as the anti-commandeering doctrine.

Simply put, the federal government cannot force states to help implement or enforce any federal act or program. The anti-commandeering doctrine is based primarily on five Supreme Court cases dating back to 1842. Printz v. U.S. serves as the cornerstone.

“We held in New York that Congress cannot compel the States to enact or enforce a federal regulatory program. Today we hold that Congress cannot circumvent that prohibition by conscripting the States’ officers directly. The Federal Government may neither issue directives requiring the States to address particular problems, nor command the States’ officers, or those of their political subdivisions, to administer or enforce a federal regulatory program. It matters not whether policy making is involved, and no case by case weighing of the burdens or benefits is necessary; such commands are fundamentally incompatible with our constitutional system of dual sovereignty”

After being passed by the Senate Transportation, Infrastructure and Public Safety Committee today, the bill will need to be scheduled for further debate and votes by the full Senate. Missouri residents who support the legislation should contact their own state senator and request a YES vote on SB367. Find Senators’ contact info here.

On the House side, Rep. Jered Taylor (R-Republic) introduced House Bill 1039 (HB1039) on Feb. 21. That bill has garnered more than two dozen cosponsors, but the House Speaker has yet to even assign the bill to a committee for public debate and consideration.

Michael Maharrey [send him email] is the Communications Director for the Tenth Amendment Center. He proudly resides in the original home of the Principles of ’98 – Kentucky. See his blog archive here and his article archive here. He is the author of the book, Our Last Hope: Rediscovering the Lost Path to Liberty. You can visit his personal website at MichaelMaharrey.com and like him on Facebook HERE