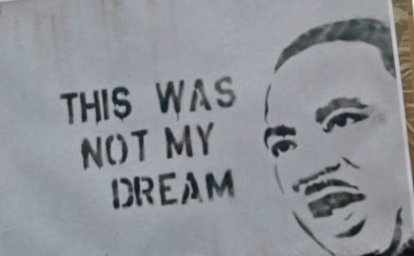 Due to the many hits this Feb. 24th article received in the last two days we are re-running it.  This issue is of utter importance to Washington’s citizens and needs being passed on as much as possible. – Publisher

How does promoting racism, sexism, etc. help to fight racism? Well, according to the backers of WA Initiative I-1000 Part II, 11(d), “it’s when you use race, sex, color, ethnicity, national origin, age, sexual orientation, the presence of any sensory, mental, or physical disability, and honorably discharged veteran or military status as the sole qualifying factor to select a lesser qualified candidate over a more qualified candidate for a public education, public employment, or public contracting opportunity.” Sole? How does someone’s skin color or other “status” make them a better candidate for a position? It doesn’t. Yet to the sponsors of I-1000 it should.

The initiative itself is bigoted in that it postulates without the preferential treatment of this initiative, minorities could not get the job. How insulting is it that to the applicant and those they work with that they must wonder if the applicant was awarded the position based on merit, or based on minority status? One also has to ponder the results of an applicant being awarded a position when minority status has been factored in. How great of an advantage does the minority statuses grant the minority? Would they even qualify for the position at all without being a minority? I-1000 does not give specific examples of how big of an advantage this unmerited status grants, for instance what if an applicant is a gay, black, woman; do they get a three bonus points for the position? What happens when one finalist is a black female and another a gay Latino? Can the loser not rightfully claim discrimination when minority status is considered?

In 1998 WA voters overwhelmingly passed I-200 which banned preferential treatment in public education, public employment, or public contracting opportunity based on race, sex, color, ethnicity, national origin, age because considering those factors is inherently bigoted. AGO 2017 No. 2 – Mar 20, 2017 states that I-200 “does not categorically prohibit all uses of race- or sex-conscious measures in state contracting.” Further, the ACLU brought a lawsuit against I-200 declaring it eliminated “affirmative action” in state hiring and state educational opportunities.  In an April 28, 1997 opinion, Judge Daniel Berschauer decided the case against the ACLU. His ruling specified “statements in the ballot title and summary that described Initiative 200 as ending preferential treatment are an impartial and accurate summary of the language of the initiative.” He further opined “that the Attorney General had taken the appropriate course by describing Initiative 200 as a measure to end preferential treatment.”

In fact, WA State already has a very vigorous affirmative action program in place for hiring for State agencies called the Supplemental Certification (“Plus 3“) program, it authorizes an agency’s director of personnel to select the best seven candidates from employment registers or eligibility lists. The top seven candidates are “certified” to be considered for the open position. The Plus 3 program then allows three more candidates who belong to underrepresented groups to be added to the list for the hiring agency’s consideration. So three candidates, in addition to any candidates already from an underrepresented class in consideration, that may or may not be as qualified as the other seven candidates, are currently brought in for consideration for the position, and if one of these three candidates are not chosen, the director must write an explanation as to why they were not specifically chosen. But this provision is not enough for the supporters of I-1000?

Of course not since what the backers of I-1000 are truly pushing for is “preferred treatment” for minority status and discrimination against any non-minority status applicants. I-1000 will work this magic by creating another government agency to create, implement and enforce this “preferred treatment” on government agencies, NOT non-governmental entities. This fact is not mentioned in the “Ballot Summary,” and only casually mentioned as “public education, employment and contracting” in the “Ballot Title” thereby deceiving the reader into thinking there is much broader coverage than there actually is.

Isn’t it incredibly hypocritical for the backers of this I-1000 to use the anniversary of Martin Luther King Jr.’s march on Washington D.C. to push this initiative that at its core, promotes bigotry? Proponents say that if MLK was alive today, his singular issue would be the repealing of I-200. Since MLK actually stated in his speech that “I have a dream that my four little children will one day live in a nation where they will not be judged by the color of their skin, but by the content of their character. ”Maybe they need to read what MLK actually said before they put such false statements out.