This Case Could Finally Rein in Federal Agencies 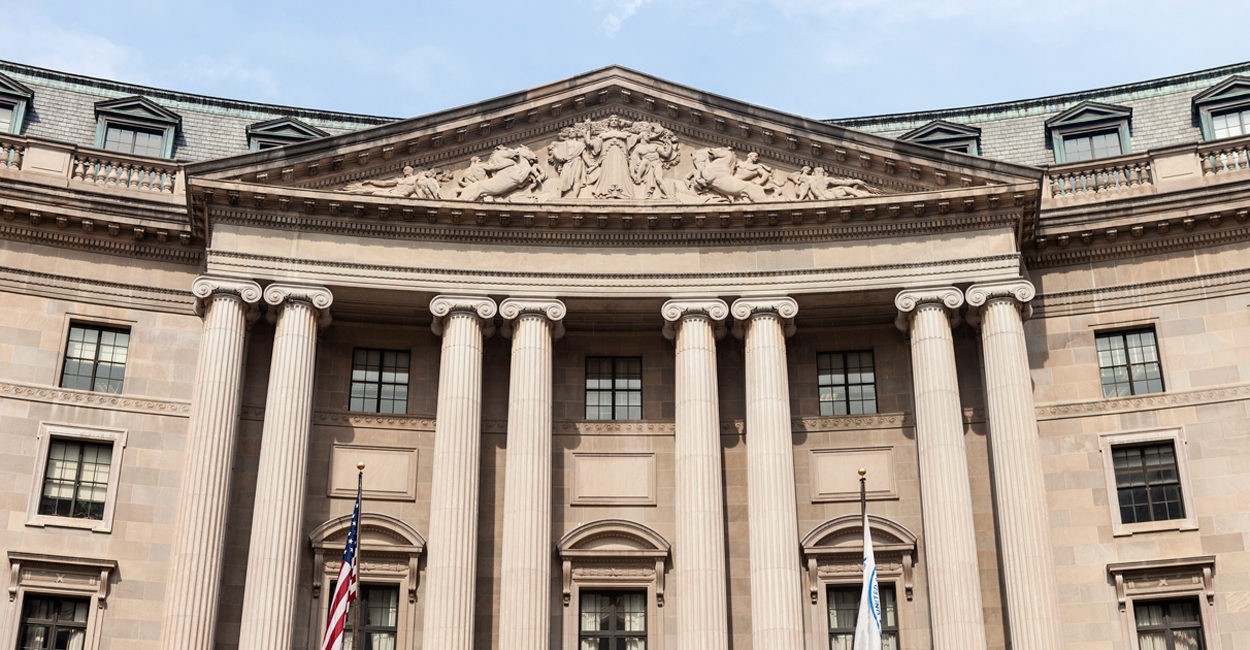 This Case Could Finally Rein in Federal Agencies

Congress has delegated more and more of its lawmaking authority to unaccountable administrative agencies, which in turn often are insulated from direct supervision by the president. (Photo: traveler1116/Getty Images)

Administrative agencies today issue regulations touching on nearly every aspect of Americans’ daily lives—from highways to health care, and often with limited supervision from the other branches of government.

Congress has delegated more and more of its lawmaking authority to unaccountable administrative agencies, which in turn often are insulated from direct supervision by the president.

Compounding this problem, the Supreme Court has created doctrines instructing courts to defer to the reasonable interpretations of administrative agency officials in the face of ambiguous statutory text or regulations. Specifically, the court’s decisions in Bowles v. Seminole Rock & Sand Co. (1945) and Auer v. Robbins (1997) require judges to defer to an agency’s interpretation of its own regulations if they are ambiguous, as long as that interpretation is not plainly erroneous or inconsistent with the regulations.

This turns on its head the court’s foundational declaration in Marbury v. Madison (1803) that it is “emphatically the province and duty of the judicial department to say what the law is.” Instead, Auer/Seminole Rock deference ensures that federal bureaucrats, rather than judges, say what the law is.

>>> Listen to “SCOTUS 101,” a podcast with Elizabeth Slattery and friends bringing you up to speed on what’s happening at the Supreme Court.?

The time has come for the Supreme Court to fix the problem it created when it mandated deference to administrative agencies—and the justices heard oral argument in such a case this week.

James Kisor, a retired Marine who served in the Vietnam War and suffers from post-traumatic stress disorder, filed a claim for disability benefits with the Department of Veterans Affairs. The VA denied his claim in 1983, and in June 2006, Kisor sought to have his claim reopened, identifying documents the VA did not consider when it initially reviewed his claim.

The VA granted his claim for benefits and, interpreting an agency regulation, determined that he was not eligible for those benefits to be made retroactive to 1983.

Kisor appealed to the Court of Appeals for Veterans Claims, arguing that under his interpretation of the agency regulation, he was entitled to retroactive benefits. The court ruled for the agency based on its determination that while both sides offered reasonable interpretations, it must defer to the agency’s interpretation. The judges’ hands were tied by the Auer/Seminole Rock doctrine.

At the Supreme Court argument, Paul Hughes, the lawyer for Kisor, argued that Auer/Seminole Rock deference violates the separation of powers and provides an unfair advantage to one party (the government) in litigation.

But he identified another problem—it cannot be squared with the Administrative Procedure Act, the federal law governing agency rulemaking.

This law makes clear that judges (not federal bureaucrats) “shall decide all relevant questions of law” and “determine the meaning or applicability of the terms of an agency action.” It also requires agencies to go through a public “notice and comment” period before issuing new or revised rules.

This is something agencies can circumvent through creative “interpretation” of rules, but Hughes pointed out that notice and comment is “not just some speed bump along the administrative process” but a process that “matter[s] a great deal.”

Justice Stephen Breyer asked whether overruling Auer/Seminole Rock deference would mean an agency’s expertise would receive no deference. Hughes explained, “In the context of a highly technical or reticulated statutory scheme where it’s not the ordinary business of judging … the meaning of ‘relevant,’” the agency can bring its scientific expertise to bear.

And under Skidmore v. Swift & Co. (1944), courts may consider whether the agency’s position is persuasive, rather than being bound by it. Skidmore, Hughes explained, “show[s] the respect that’s due a coordinate branch of government.”

Chief Justice John Roberts wanted to know, as a particular matter, how much moving from Auer/Seminole Rock deference to Skidmore’s persuasiveness standard would change things for judges.

Hughes responded that the former “injects inconsistencies” into the law because agencies can, and do, change their interpretations of regulations. He pointed to an instance where a lower court deferred to the Department of Labor’s interpretation, which the department then rescinded just weeks after the case was decided.

Justice Elena Kagan was concerned about the court potentially overruling a 75-year-old decision when Congress has the power to reverse the rule created in Seminole Rock and reinforced in Auer.

Hughes replied, “When the underlying issue stems from a decision of this court,” it ought to fix the problem, particularly where this doctrine “injects considerable instability into the legal system,” lacked “any underpinning when it was first announced,” and cannot be “reconciled with the [Administrative Procedure Act].”

When Solicitor General Noel Francisco stepped up to the podium, Justice Neil Gorsuch pounced. While Francisco acknowledged that Auer/Seminole Rock deference raises serious concerns and urged the court to limit the doctrine, Gorsuch questioned whether the government’s six-part test is “a recipe for stability and predictability in the law, or …  the opposite.”

Would it be better to do away with the doctrine, rather than chip away at it? Gorsuch wondered “at what point does this whole edifice just fall upon itself?” Francisco pointed to “genuine ambiguity” as being the key factor.

Justice Brett Kavanaugh seized on this (he’s previously written and spoken about how ambiguity is in the eye of the beholder), pointing out that “judges disagree all the time … on the threshold question of whether something’s ambiguous.” He took issue with the notion that even if an agency’s reading of an ambiguous regulation isn’t the best reading, judges are required to rule for the government.

Francisco responded that that’s the “virtue” of this doctrine—“when you’re facing multiple reasonable constructions … you have the benefit of the views of an agency that’s administering a complicated regulatory scheme.”

Justice Samuel Alito wanted to know about the foundation of Auer/Seminole Rock deference. He asked, “If we were writing on a clean slate, what would you say is the basis for” it?

Francisco replied that “the best conceptual basis” is that it “rests on a presumption of legislative intent,  that Congress presumed that courts would defer to an agency’s reasonable interpretation of its otherwise ambiguous rules.”

And yet, the Administrative Procedure Act would seem to rebut this notion. Indeed, when Hughes returned to the podium for his rebuttal he explained, “Agencies have a very substantial role to play in policy making, but Congress made the judgment that the way that that is done in a democratic way, accountable to the [people] is through notice and comment rulemaking, such that the regulated public can provide their views.”

After an hour of oral argument, a number of justices showed skepticism for Auer/Seminole Rock deference, though several seemed concerned about what would come in its wake. But it’s time for the court to correct its mistake and make clear that judges—not agency officials—say what the law is.

Elizabeth Slattery writes about the proper role of the courts, judicial nominations, and the Constitution as a legal fellow at The Heritage Foundation. Read her research.  She co-hosts SCOTUS101, a podcast about everything that’s happening at the Supreme Court.